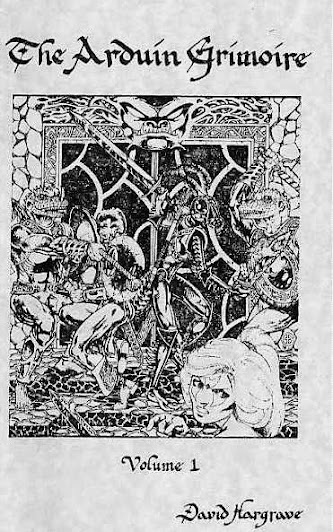 I think last time I played a role playing game as a player – and not as the GM – was probably during the first term of Ronald Reagan’s presidency. It could have been during Jimmy Carter’s final year in office. Anyway, it’s been quite a while.

That changed this weekend. 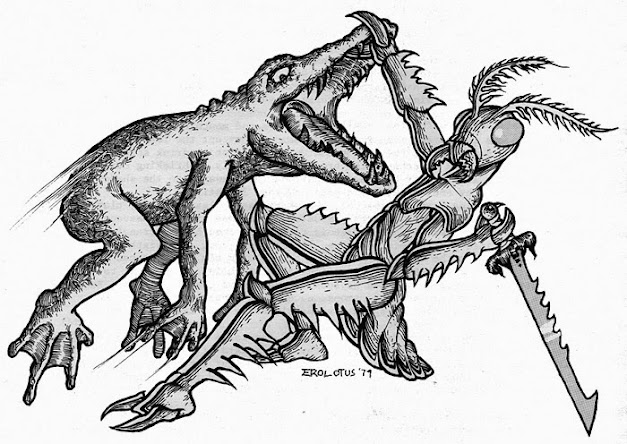 Over on Facebook’s Arduin page, I saw that someone was running an Arduin game at an event at a local store and I decided to sign up for it. My spouse has a volunteer gig on Sundays, so I had some free time and decided to make the commitment. Here are my thoughts:

1) Jacob, our GM, had done a phenomenal job preparing for the game. We had three players at the table and he painstakingly created a large number of very, very, VERY detailed pre-generated characters for us to choose from. I decided to play a human mage and a “kobbitt” thief – “kobbitts” are a cross of hobbits and kobolds. Another player chose an Amazon medicine woman-type and a canny human “trader.” The third player just chose a phraint. 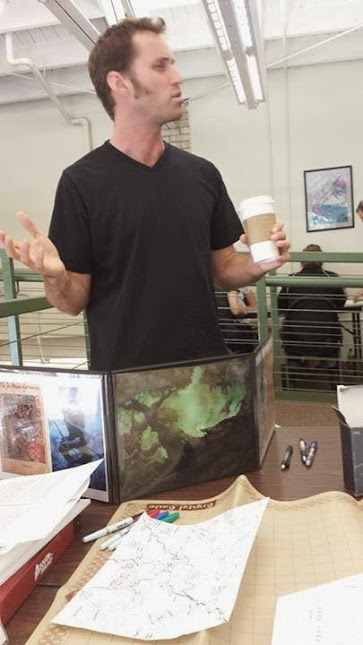 (This is Jacob. Note that he had created a special “Arduin” GM shield.)

This was the first time I have ever played a “pre-generated” character – or played two characters at once for that matter. It was much easier than I thought. All of our characters were 6th level and many Arduin conventions from the first three booklets applied – elaborate descriptions of height, weight, hair color, body type, alignment, etc. In addition, Jacob had given us all detailed tables showing what we need to roll to hit at every armor class as well as what kind of damage our weapons would do to creatures of varying size (HD). This was enormously helpful. We used a combination of the Arduin suggestions from the first three booklets, the “Perin Conventions” for combat (taken from the very first volume of All The World’s Monsters), and OD&D.

2) After a brief period on the wilderness – Jacob showed us where we were in the larger map of Arduin and he used the simple map from Different Worlds which had been uploaded on Facebook – the party entered the dungeon. In some ways, this was very much a standard D&D dungeon crawl. We used miniatures Jacob had brought and Monty, hearing about our game, had kindly provided.

3) What made the game fun, and worth playing, were the Arduin elements:

a) I appreciated all the wacky character classes. The weird mixed races and alien types down in the dungeon definitely gave the game a lot of “pizzazz.” You knew you were in Arduin when a phraint was slaying giant, poisonous centipedes.

b) I also liked the way that the mages could use regular weapons. This taught me that if the monsters are brutal enough (and they were), a lot of the typical OD&D conventions to provide balance matter less and less. I stopped worrying about any of that and just played the game.

c) We found a laser gun at one point. The characters had a hard time learning to use it, but once they did, it gave the party an edge. Nonetheless, the lethal nature of the opposition was still fierce. A TPK was definitely a possibility and by the end, only two of the original characters survived – the kobbitt and the trader, both of whom had been antagonistic with each other from the start. Irony! 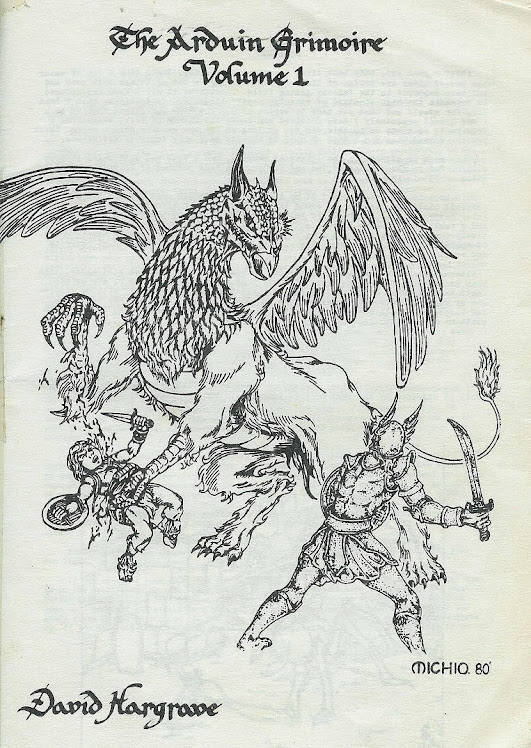 d) Healing takes place faster in Arduin than in OD&D. You gain a hit point a minute in Arduin and they take a day or more to recover in OD&D. This gives the players more of a chance, I’ve found, and it can speed up the play. Again, if you’re worried about “balance” then just think about what this means when it comes to adding more deadly monsters. I never felt like the characters were going to prevail automatically.

e) I think the single most fun element of the game had to be the use of Hargrave’s critical hits and fumbles tables. I have never used these before and they made playing a gas. Our characters were frequently fumbling (rolling a “natural” 1 on a 20-sided die) and for some reason, each fumble brought you back to the immediacy of the action. The fumbles, agonizing though they could be, made the combat sequences feel very “alive.”

At the very final point in the last part of the conflict, the evil “druid litch” (a “Dritch” – the “boss” bad guy of the dungeon) was escaping across a bridge over a chasm. Only two characters out of the party were left alive. The trader had “one final shot” with the laser rifle and, after having been missing and missing and missing with it – he was sinking into the mud of the cave – the player threw a 20! A critical hit! He rolled the percentile dice, we checked on the table and saw he had blown the back of the thing’s skull off! It was the perfect ending and totally “Arduin.” 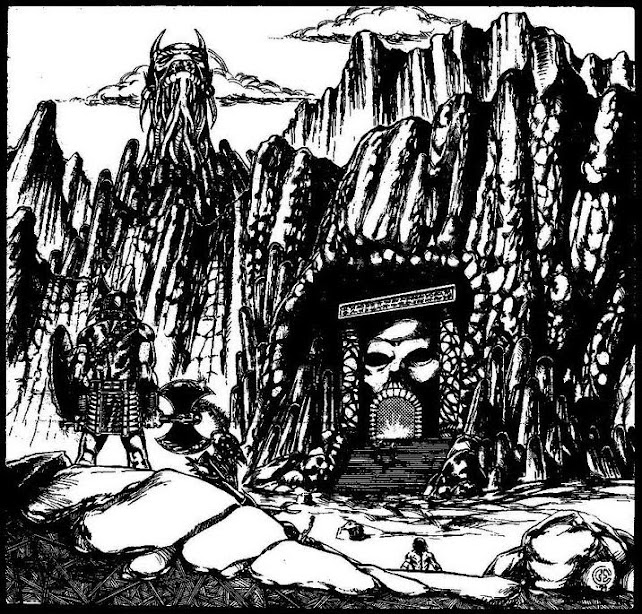 Jacob – as the GM – wasn’t keeping track of time, nor did he seem at all concerned about light in the dungeon – or was worried about how we could see anything. Food wasn’t an issue and neither was basic equipment or weight limitations when it came to carrying things. Two of the characters – the kobbitt and the trader – had “bags of holding” anyway. Fun was the main issue and tedious record keeping was not on the agenda.

Coming away from this game I think I would, in the future, try to worry less about a lot of minor details – whether characters have food or the lighting-in-the-dungeon issue. I’d also be more open to trying the Arduin character classes, perhaps introducing them first into the campaign as NPCs. But the critical hits and fumbles tables? Definitely. Those are a must.

So what makes an “Arduin” game “Arduin”? Wacky character classes, unusual weapons, crazy levels of lethal combat, and – most importantly for me – dramatic critical hits and fumbles.

2 responses to “Playing In Arduin”