Psychedelic Warlords From The ’70s! 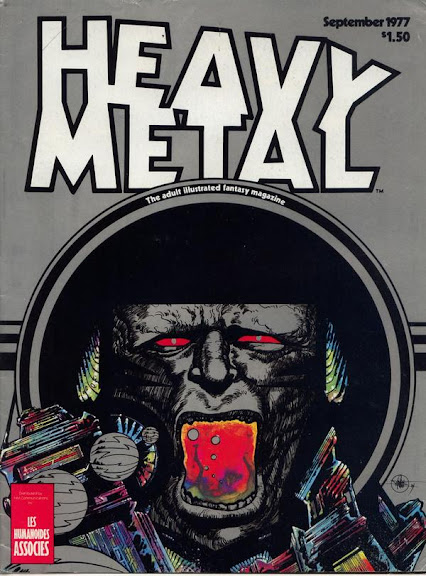 Duncan, over here, suggested an OD&D supplement that, in his words, would be:

This prompted me to go back and think about these motifs and source materials again. 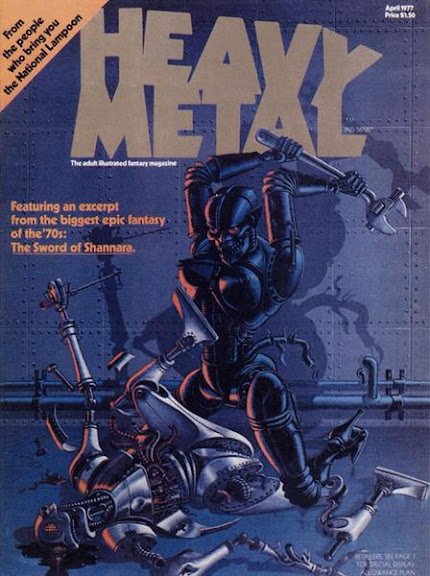 I loved the early days of Heavy Metal. I started buying it at the time of its fourth issue and enjoyed it greatly. The magazine – which featured mostly English translations of stunning French adult comics – seemed aimed squarely at adolescent boys. Later, there was a film based on some of it which my friends and I also saw. South Park did a wonderful satire of this film and its overly eroticized kind of science fantasy.

I did, however, stop reading the magazine after its first or second year – and seldom looked at it again after that. I think my interest dropped off because the caliber of the work declined, or because, while the stylized art was good, the writing was not. I am still not quite sure why I decided to stop buying it.

After reading the first few issues again on my Nook, I was struck by the way that times have changed since the ’70s. Overall, our culture has become much more conservative. I can hardly imagine a comic like Corben’s Den coming out now in a widely distributed format like this. The closet thing I can think of is something like Lapham’s recent work on Caligula and the Crossed mini-series. On the other hand, the comics all have a kind of earnest naivete about them that is still charming. These ’70s “adult” comics still carried with them the lingering effects of the underground and the counter culture. The darker, ’80s kind of “cyberpunk” way of seeing technology had yet to intrude on them. You could still make out the longing for some kind of rural ideal. 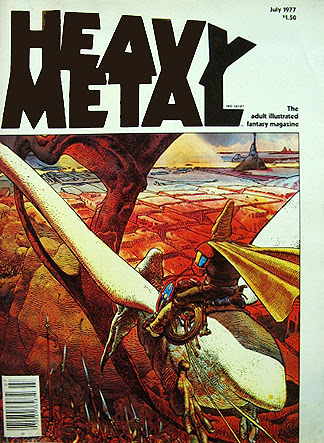 My favorite story in the magazine was Jacques Tardi ‘s Polonius. The four part series was set in a decaying, Roman empire kind of world. Its doomed characters discovered ruins and evidence of 19th century technology in the desert near their city. The story was tragic and cryptic – and its mysterious elements have stayed with me ever since.

The magazine still comes out, but I don’t really know anyone who still follows HM or these kinds of European comics very closely. One friend, I know, has a deep knowledge of some of the comics that Jodorowsky has done, but I remain – so far – ignorant of this work. 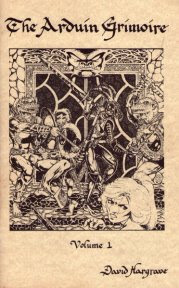 Nevertheless, it’s clear that this kind of art, and even the whole approach, could be very interesting in a kind of OD&D campaign setting. Back in the ’70s, David Hargrave’s Arduin supplements suggested Fantasy Role Playing that included science fiction (or science fantasy) elements – alien races scattered among the Elves and Hobbits; high technology among the armor and the broadswords. The Arduin idea, in many ways, is very much like a Heavy Metal version of D&D. 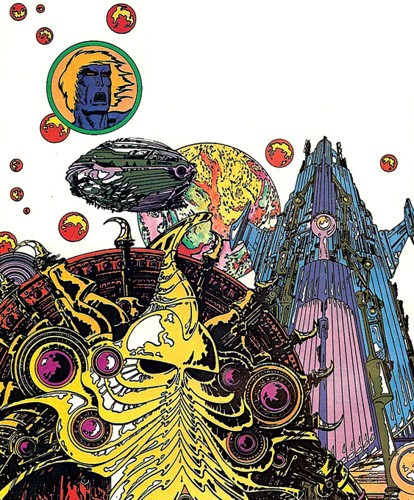 I would love to let these kinds of comics and ideas inspire a D&D campaign – as it seems both natural and very “old school” (’70s) at the same time. I picture the characters roaming through collapsed cities and encountering bizarre alien races and creatures – with vistas and landscapes straight out of the work of Phillippe Druillet.

3 responses to “Psychedelic Warlords From The ’70s!”