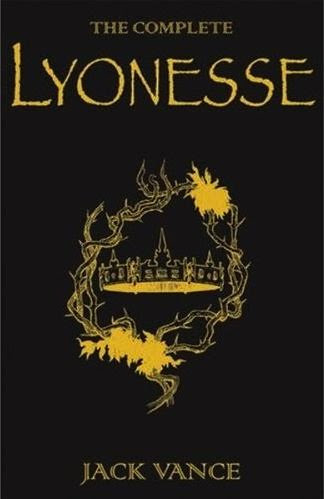 Author Jack Vance’s influence on D&D is quite well-established. Indeed, the system of memorizing spells, and the number of spells magic users can employ at a time has been ceaselessly described (by both its defenders and its critics) as “Vancian.” 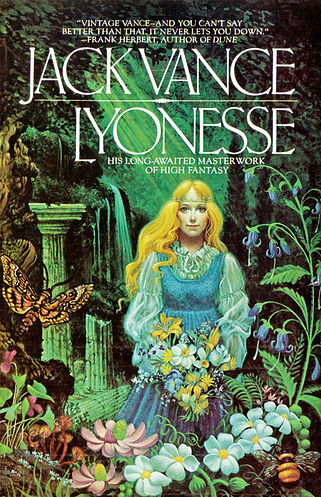 Vance’s work shows up in Gygax’s “Appendix N” and I was already quite familiar with his “Dying World” saga – having bought and devoured the omnibus collection that came out in 2000. I had not, however, even read his “Lyonesse Trilogy.” This series of books gets a lot of play in the OD&D community, despite the fact that it appeared almost a decade after the advent of the original game. Despite the books being out of print in the USA, I was able to order a single, fat, illustrated edition that included of all three books and is produced by a publisher in the UK.

I cannot recommend these novels, to classic fantasy fans, highly enough. While the books contain all of the deadly and satiric wit that made the “Dying Earth” series so much fun, Vance shows that he is more than capable of writing medieval-style fantasy. I cannot remember when I was more impressed with a novel like this. If anything, I probably haven’t reacted so positively to a book of this kind since I read The Tombs of Atuan for the first time many, many years ago. 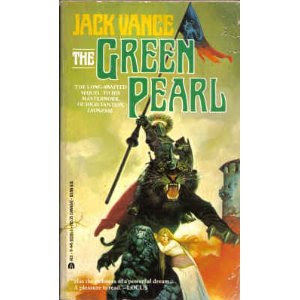 Vance possesses the imagination of six regular authors. Just when you think he can’t exceed the last situation the characters have been thrust into – another awaits. The thickly realized details of each little section of the world the people inhabit would be overwhelming were it not the cynical wit, sly humor, and sprightly pace of the plot.

I greatly admire Vance’s ability to keep the reader guessing. Cliched situations are always upended and predicable conclusions are constantly thwarted. On the one hand, Vance is clearly writing a classical high fantasy novel with mysterious monsters and deadly creature, bewildering magic, vexing fairies, earnest knights in armor, and canny magicians. On the other hand, things seldom conform to the expectations the genre has laid out. Instead, the action is often resolved in way that are as frustrating and troublesome as things are in real life.

Why are these great books out of print? I think many – if not most – typical fantasy fans would find Vance’s novels disturbing and disappointing. There are a lot of frank sexual situations – and many of them are far from pleasant or candy-coated. This is in keeping with Vance’s take on human nature – which is far from “happy-making” or reassuring. Despite the deep immersion in a magical fantasy world that the books provide, there is a steady and very keen kind of realistic grimness that I can see would make them unpopular with the average fan. Anyone seeking a “fantastic flight from reality” would be immediately confronted with the same kinds of problems they might be trying to get away from by reading a novel. Many of the characters aren’t very nice and they don’t do very nice things. Torture, slavery, and other kinds of nastiness are quite common in Vance’s medieval world. Vance is about describing a world in which life is brutal, nasty, and short – and he isn’t kidding around. 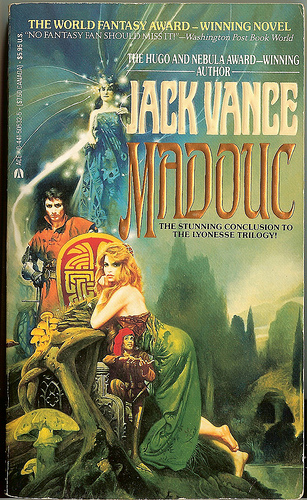 Vance has a rich vocabulary and isn’t afraid to employ it. In this, his style reminds me of Clark Ashton Smith’s – albeit not so stilted. Vance manages to mix elaborate descriptions with a down-to-earth perspective. It’s a bracing combination. Vance’s literate approach probably does him no favors with the typical reader either. There are those of us, of course, who will deeply appreciate his skill with language, but not enough – it seems – to keep the books in print.

I enjoyed the ongoing political conflicts described in the novels. The narrative’s setting is divided into competing kingdoms – all of who are constantly playing off each other via war and diplomacy. Magicians often stand aloof from human affairs, but can be tempted – from time to time – to intervene on one side or the other. This kind of “court intrigue” element is what Gygax saw occurring once wandering monsters and other predators had been cleared from populated areas. If you want to see how this might play out in a real campaign, the Lyonesse novels provide an excellent example.

Not only are these fine novels, books that really deserve their reputation, I see them as being great game aids. The fairies in the book – magical, malicious, and just plane weird – are a perfect example for any DM who wishes to include similar characters in their campaigns.