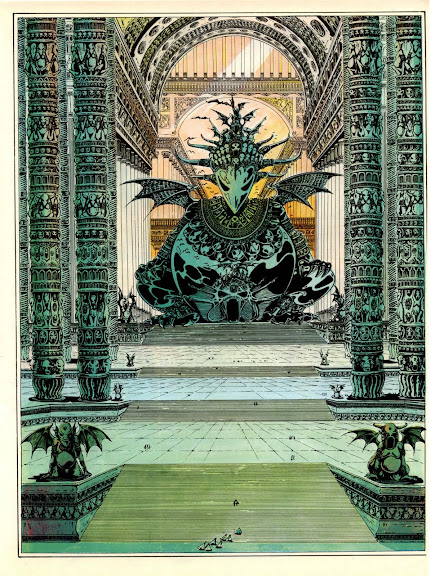 “Listen: we have sought you that we might tear you away from your moral destiny and grant you that which is your right: For you are destined to reign upon the Earth: Urm, he who is the chosen one.”

“Yragael, the sad prince, was your father: the sorceress and the black city are your mothers: you must reign. And with our help and talisman of strength, you shall sit again upon the throne of the three cities.

“Thus you are, but listen: in the heart of the black city, near to the wells, where your father will one day return to set out upon the ocean of mid-earth, there lies the talisman, which signifies the gathering of the tribes of the Earth. Go there and take it! The city itself will guide you to it!”

“But beware of the the man with the lion’s face, of the faceless priests, and of all who dance with them.”

I was reading these passages, from the first installment of the “Urm” series that appeared in the February 1978 issue of Heavy Metal and considered how they might be adapted to a OD&D campaign.

Zak S. has a great post, here, in which he shows how to render any of the typical kind of D&D tropes and descriptions, particularly those for cities, stranger. The Druillet story, coinciding nicely with the time period of the original D&D period, seemed to me to illustrate what he was talking about. 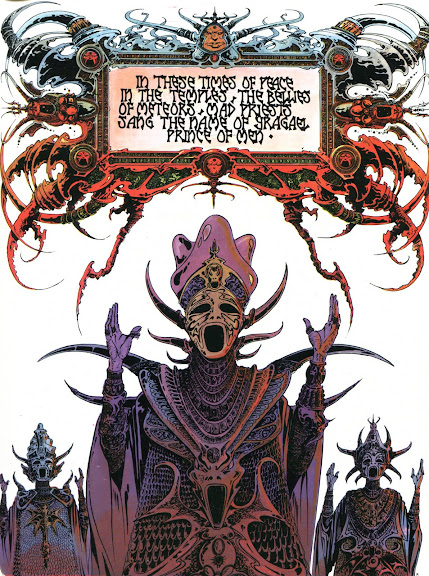 Druillet’s suggestion here that I admired, in particular, was that the city itself was sentient – and that it might actually cause its own human (?) avatar to be “born” from it in some significant sense. What kind of “hero” – or some kind of representational figure – would be “born” from the City State of the Invincible Overlord? Or from Vornheim? 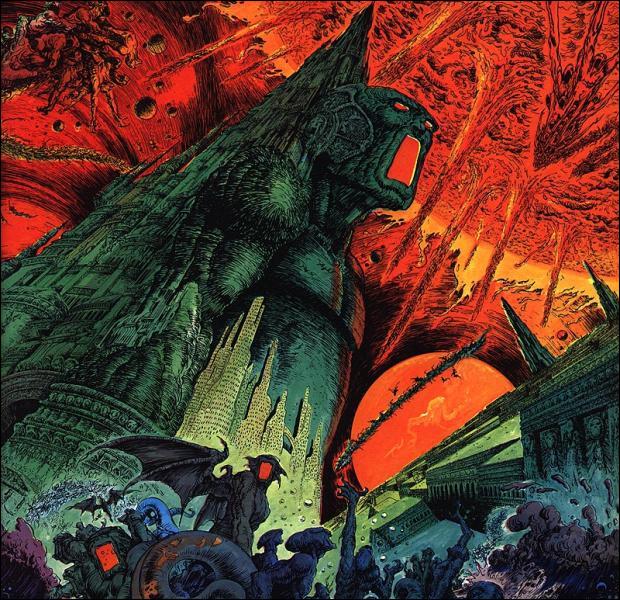 Upon returning to the City State of the Invincible Overlord materials, which (of course) could be profitably reworked in the ways Zack suggests, I noted that the city’s ruler was of the “Lawful Evil” alignment. Would this mean that the avatar created by the city would be as well? What would be the disposition and agenda of the heroes created by the city (Vrokk) Zak offers in contrast to those created by Ptolus? How might such a figure interact with the characters in a campaign?

Zak’s magicians and priests, I note, are obsessed with oracular studies. This is a familiar trope in all his work. Not only does this synch up with the use of oracles in actual occult work, but it also explains what these people do with their time, energy and other resources: they try to see into the future. What are the “Tenebriate Guild” actually doing under the city? They are trying to find out what’s going to happen and gain advantages by this. That’s why they have all that stuff set up down there. If you thought it would work, you might be inclined to take similar steps.