“Beneath the city, there is yet another city: wet and dark and strange; a city of sewers and moist scuttling creatures and running rivers so desperate to be free not even Styx fits them. And in that lost city beneath the city, I found the child.”

The Judges Guild’s “Wraith Overlord” module was an attempt to create a mega-dungeon, or series of linked underground adventures, under the famous City State of the Invincible Overlord. This publication was issued late in the company’s history and, while currently fetching high prices online, nevertheless has a rather mixed reputation. After all, people assume that the dungeon to the City State should be at least as detailed and interesting as the city above it. That is a high bar to get over indeed. 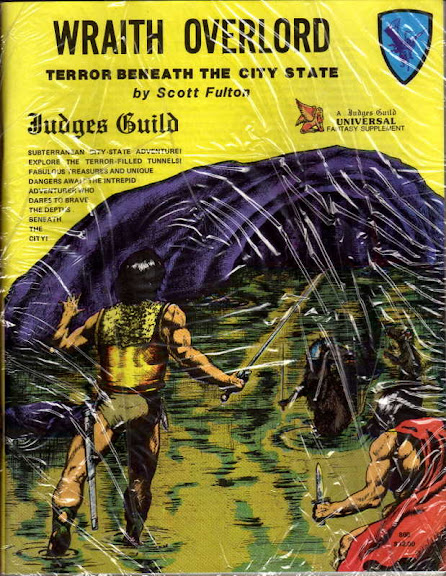 I read through the materials and thought again of the way that the “underground” nature of the dungeons illustrates a living chthonic consciousness: the libido, the unconscious drives, the darkness of earth, and all the stuff of dreams – each has an “underground” connotation. For me, the “city beneath the city” would have to reflect the city itself. To go “under” the city would mean that we would be confronting the city’s own dreaming, dark, or repressed sides – and those who traveled between the two realms would, therefore, have the nature of the ones initiated and skilled at “walking between worlds.”

I toyed with the idea of coming up with a kind of “one to one” reference point for the sewer and cavern dwellers. Each of the people living below, or at least the more prominent denizens and creatures, might be characterized in some way as the “dark” version of their counterpart on the surface. In this way, the sewers and dungeons, basements and crypts, might be linked together in a kind of mirror of the city above. What was lost, repressed, stolen, and even dead on the top could conceivably again be found, living a kind of life, in the blackness below. 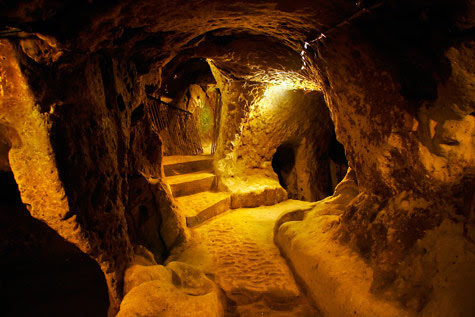 The objects and buildings discovered in the underworld might often be the things the people above were seeking to get rid of or forget. In some cases, of course, these items might be cursed. But the self-destructive would lose their blessings down below as well. Where does anything go when it is is lost or abandoned? They city’s caverns might well include everything that the city had, over time, outgrown, shunned, dismissed, abandoned, or forgotten. In this sense, it would be the repository of they city’s own damned – its hell or its “secret self.” According to my understanding, the deeper one got into this, the further one might travel back in time, with the layers traversed indicating regions of time as well as space. On the other hand, the things at the bottom might very well be the things most violently repressed or shunned – regardless of their epoch of origin. Finally, the very lowest depths would have the timeless character of the highest heights – or the realm of fixed stars. These zones, too, would have their own fanes, their own terrors, and their own succor. Orientation and hierarchies would reflect the switch. All internal compasses and striving would, finally, point downward. 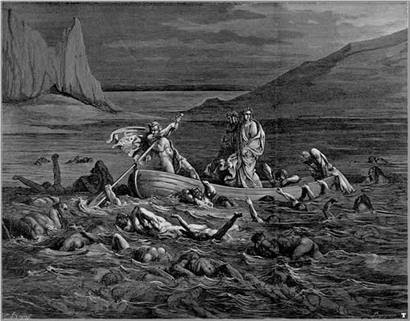 Of course, the “correspondences” so encountered might be skewed and even fragmented. What was found in multiplicity above might be singular below and vice versa. Ultimately, however twisted it might get, there would always have to be a kind of terrible symmetry at work between the forces living in the light and those living in darkness. What might occur, for example, if the players met their own shadowy doppelgangers down in the depths? How would they be represented and how would that encounter run?

The decent into the dungeons would be, then, a descent into the unconscious mind of the city itself – a discovery of its own dreaming eregore. The players, I would hope, could experience that sense of perilous dislocation and, in the end, a possible reintegration between the two realms. Their success might indicate their own passage into a new role – as those who can form a bridge. What would they bring with them down into the dark world? And what would they bring carry from it to the light? 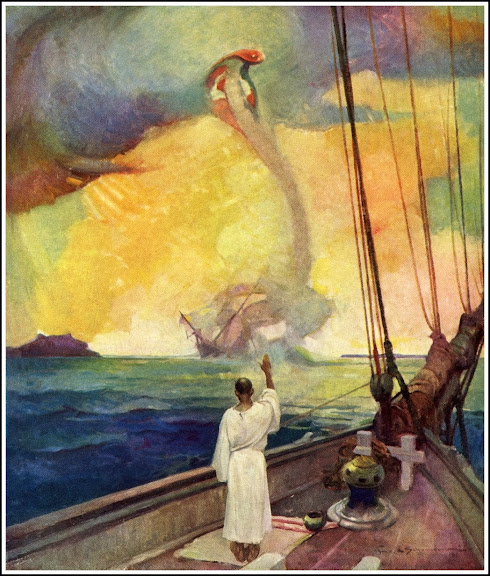 But under this lost city, there might be more lost cities – a series of spiraling and spreading underworlds going all the way down… and all the way out. Surely this particular city’s deep unconscious underworld is only one of a series of sub-surface stations, all linked together along the “Great Wurm Road.”