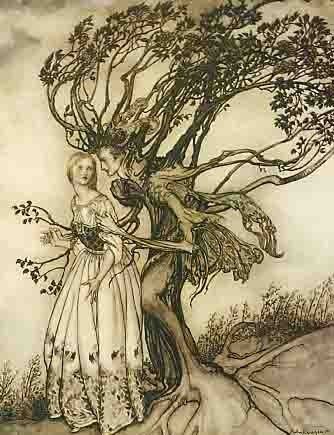 “Life is nothing but a competition to be the criminal rather than the victim.”

After spending about 90 minutes DMing an expedition yesterday – using the original Avalon Hill Outdoor Survival map, Swords & Wizardry: White Box, OD&D, and the Judges Guild Ready Ref Sheets – I saw again just how dangerous the wilderness can be. As the player character and NPCs moved through the woods at the clip provided, I dutifully rolled for random encounters. And, just as dutifully, they were assaulted by rats and centipedes, managed to skirt a tribe of hobgoblins and a sad collection of lost (and miserable) berserkers, just to go a relatively short distance towards their objective. It was, of course, some bad luck, but also instructive.

Dungeons, of course, can be quite frightening, but these woods seemed, to me, to be little pits of total entropy and chaos. There was an order I could discern, and ecology of the dense trees and the creatures lurking there, but it wasn’t bucolic and it wasn’t pretty. 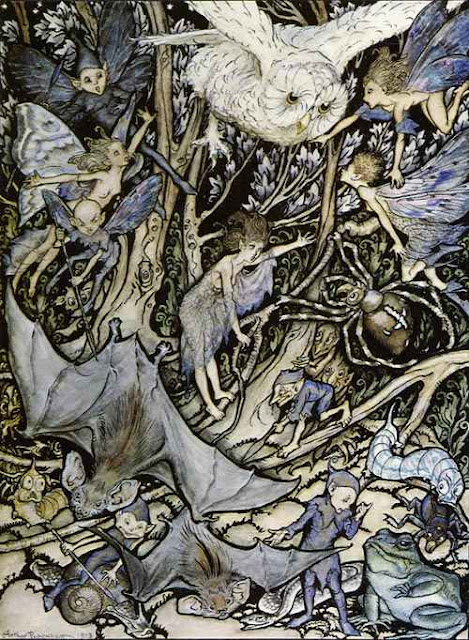 “The wilderlands of the City States are a dangerous place. Each community tends to become introverted to a large degree simply because he danger of wandering monsters is so great that to interact with a neighboring community and attempt to form political, social or economic bonds with it would be extremely risky. The superstitious peasants only know that their neighbor went to tend his fields and didn’t come back or that a pack of Giant Weasels rampaged through their village only a week ago, or a great Red Dragon is known to make his lair somewhere nearby. Thus, even during a famine and resultant high grain prices, merchants hesitate to convoy wagons of grain because of the great risk involved in getting it there – – even though this ideal market is only ten or fifteen miles away.”

If you play the game as it was originally written – in terms of the wandering monster rolls and their results – you can see how true this actually is or might be. Intelligent monsters might be warned away by either reputation of an area, or the fact that warning corpses of monsters are displayed, prominently, so that those creatures with enough intelligence can take a hint. How do the unintelligent monsters take the hint? Short answer: they can’t. And that means they are still going to be lingering nightmares for the people in the area. 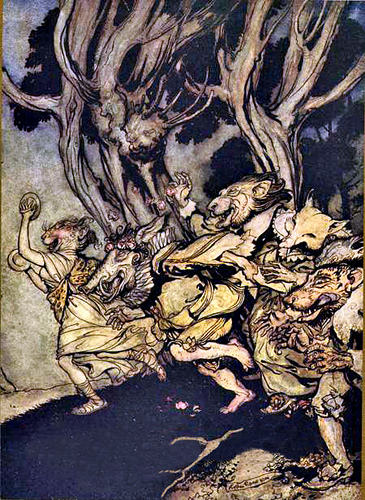 In addition, wandering gangs and tribes of thieves, berserkers, gnolls and orcs can, and do, sweep into an area and create their own kinds of chaos. In some instances, I could start to see how the deadliest foes the characters could face would turn out to be other humans – and not the monsters, no matter how horrific they might seem at first. Rather than forcing the humans to band together, these extreme conditions could just as easily prevent them from ever working together effectively. Suspicion (if not a perfectly understandable paranoia), betrayal, and the primacy of individual survival could dominate decision-making such to an extent that any kind of sustainable trust and confidence is invariably undermined. Even “lawful” characters would be forced, from the circumstances, to keep putting their own lives first. 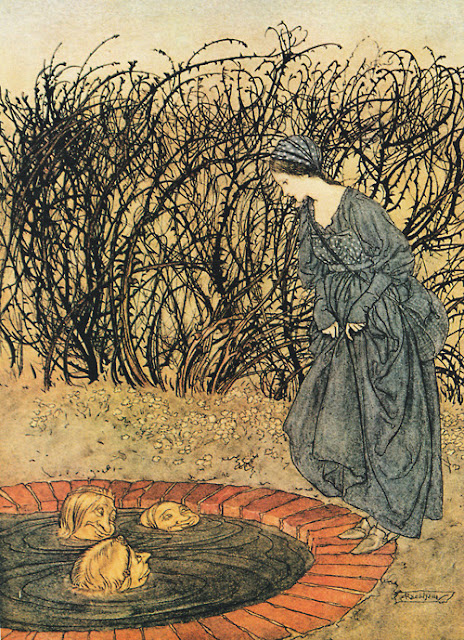 Of course, the OD&D rules anticipated that the players would seek to “clear” the hexes in the wilderness of monsters and establish their own baronies and small kingdoms. They would, over time, become like the lords of the castles and citadels encountered on the map. However, up until you get to the zones cleared by those rulers, you are going to be in a roiling pit of danger. And, obviously, any barony that becomes too big and too prosperous is going to become a target for a just a bigger, or different kind of predator. If you’re too small, then monsters overrun you. If you’re too big then a bigger monster comes after you. Why not hunker down and try to stay as safe as you can? 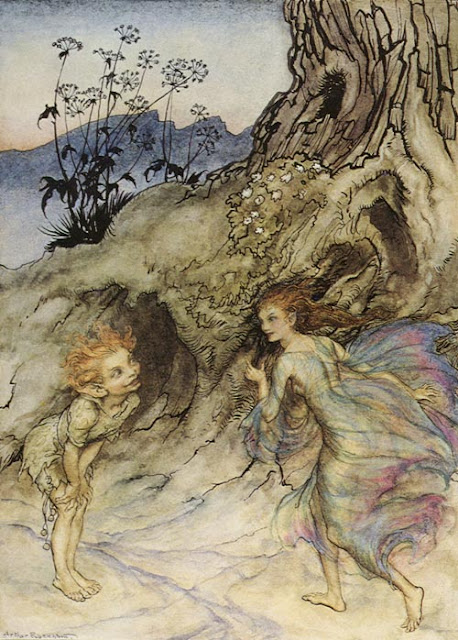 As my player and the characters made their camp in the darkest part of the woods – even when they were being guided by experienced huntsmen and canny natives of the place – I prayed that they would make it through the night undisturbed. It wasn’t hard to picture the anxiety of having to tromp through the teeming brush, always alert to the slightest dangerous presence, or to see how nerve-wracking it would be to have to stay – alone – on guard at night, hoping for just a little peace until the end of your watch. These kinds of situations, occurring to some with great frequently would, I suspect, be responsible for a kind of “post traumatic stress” syndrome for the survivors, and might result in other kinds of debilitating psychological factors that could, when examined collectively, be seen as responsible for a society’s inability to move very far forward. 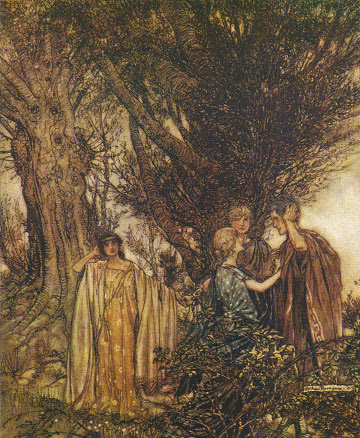 It also occurred to me that rather than being an imposition of a kind of desired game environment – the isolated villages and towns – Hinnen’s description of the wilderlands (above) actually arose from the nature of the game’s original mechanics themselves. The brutality of life under these conditions was something that the original game matrices in the wilderness created. Even if you didn’t anticipate these kinds of severe conditions, or desire them, you found yourself plunged into that kind of world if you played by the rules – and rolled the dice in each hex as you were told to.