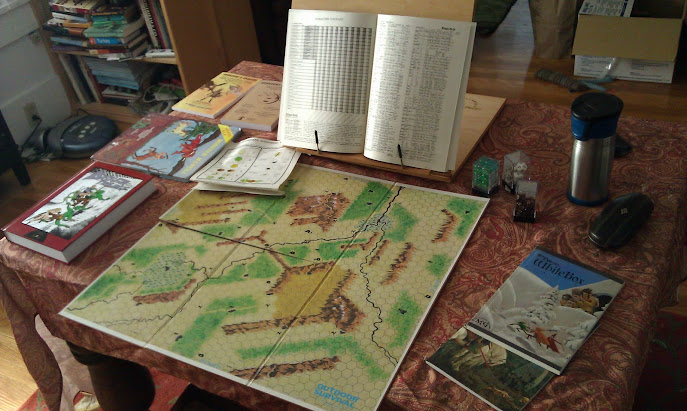 My old friend William was up in the Bay Area – visiting relatives over the holidays – and we got together to play some D&D.

This time, I was determined to go back to a “wilderness” type hex crawl game, based on the original Avalon Hill “Outdoor Survival” game map and rules – which had formed a part of the original D&D equipment. I decided to limit myself to using the Swords & Wizardry Whitebox rules, as they come as close as any of the “retro clone” games to the original, as well as the Judges Guild “Ready Ref Sheets.” The latter you can see in the picture above, opened up on the book stand.

I started William’s character (a 1st level magic user) and his henchman (Rawls) in an open hex I picked out located near the middle of the map. As they moved west they ran into a randomly generated group of about 60 Gnolls and the fun began.

What amazed me was how smoothly things flowed. I haven’t done this kind of thing on a regular basis since my Freshman year in High School, but it was just like getting back on a bike. Using the Ref Sheets I was able to quickly determine the size and population of a local populated area they were near. The map details and the basic generation of factors using the tables soon created a terrain and a people I could instantly visualize. Anywhere I started to “look” I could see more and details. Teeming with ideas and variables, the actors and their varying motivations swam immediately into view.

Surprisingly, this kind of approach was the opposite of what I would have chosen in my earlier days. William told me he was impressed with the way I had set up everything before he arrived. But beyond taking the books and the dice down from the shelves, arranging them on the table in a way I thought would be convenient – which proved to be correct – and doing some light rereading of the basic rules, I had done no other prep work at all. When I was younger I associated “good” Game Mastering (GM) with very intensive preliminary work, a lot of pre-generated details, and the kind of approach that Zak S. (rightfully) describes as the efforts of the GM as “frustrated novelist.” I thought coming up with all this stuff ahead of the game made one a “good GM” and the people who just “winged” their work were lazy and bad GMs. Now, however, I can see that the more work you stick in ahead of time, the more like a “railroad” the game is likely to be – since you won’t want all the work you put into it to “go to waste.” There was absolutely “zero” railroading going on in the game we played and it was quite a bit of fun.

So much fun, in fact, that I managed to find myself back in the – quite delicious – D&D “fugue state” I recalled from my youth. This is the kind of feeling you get when you seem still partially in the game world and can, if with one eye only, still observe what was going on there. In short, I didn’t want to leave the world I had just been in alone. I kept wanting to keep seeing more and more of it develop. Ideas came to me about what was going on- seemingly unbidden. And, oddly enough all either of us had really “seen” of this world amounted to only a small portion of about four of the hexes on the game board – each hex being about five or six miles across miles across. There’s still a huge amount of space left to explore!

Part of what I see, now, is the difference in my own age and experience. As I imagine situations and settings, my adult-informed experience of human character, human nature, and human history helps to inform my game mechanics and play. When I was a teen, I was ignorant. Now, not as much. Gygax, for example, built his original campaign on a map of the USA. He called his world “Oerth” and just based the terrain on what he already knew. I’m not doing that, but when I need a non-player character – for example – I have a larger number of people that I’ve known and come across in the course of my life to pull into the role and serve as models. Hint: The late Soror Meral is standing by in the wings to be a character in this campaign. 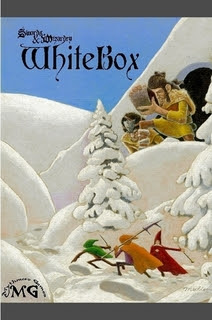 I’d also like to put in another plug for the Swords & Wizardry Whitebox rules. James Maliszewski has criticized these rules for not being focused enough on dungeoneering – they do not include the original OD&D rules for listening at doors, finding traps, etc. Now, I have an enormous amount of respect for James, but I find these quibbles to be fairly ridiculous. Just import the dungeon rules back in from the old game. S&W Whitebox lets you do this easily. ANYTHING you like from the original rules you can do this with. The Whitebox editors keep insisting that that the game is very open to “house rules.” Well, what if your “house rules” are the rules from the original game? Please. I found a discrepancy between the cleric spells in Whitebox and the original and just went back to the original. Those are my own “house rules.” I also re-imported back all the titles for each class of every character from the OD&D rules too. Sue me! 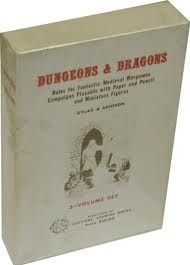 Others have complained that the OD&D weapons, no matter what they were, all did the same damage (1D6). S&W Whitebox gives different, but closely related damage rules, and it points out (in the 3rd edition) that – if you are a stickler – you can go back to the 1D6 rule for all weapons if you want to. Frankly, I used their innovations of different weapon damage and found them to be the perfect compromise between “everything does 1D6” and the more complex rules found in later supplements and editions. Their different weapon damage table isn’t a “problem” – it’s actually a strength of the rules.

Finally, people moan and complain about ascending and descending armor class. I throw up my hands when I see people rehashing this hoary debate. I use the old school, original armor class – lower is better, higher is worse – because it fits the tables handily placed in the center of Ready Ref sheets and which are found on the original Judges Guild D&D yellow cardboard GM screen. 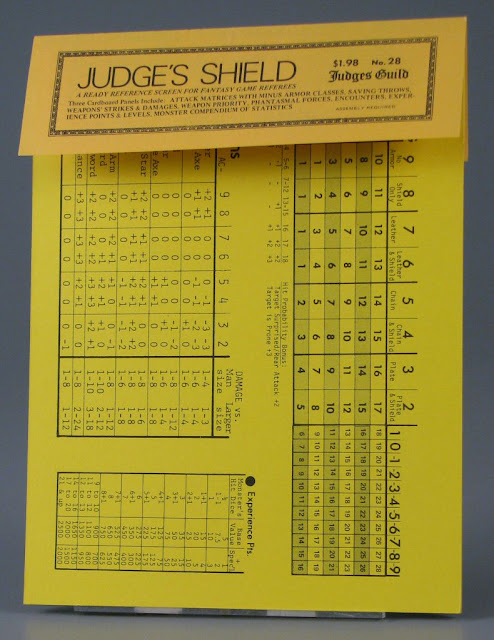 (Note: I have one of these rare items on order and expect to have it up for the next time I play).

S&W Whitebox gives you both options and lets you use either the ascending or descending armor class, so what’s problem?

The prime virtue of S&W Whitebox is that the game is absurdly simply laid out and it makes everything incredibly easy to find. I never have to hunt through the little book to find what I need and that means that the play just zips along.