The Mythic & The New 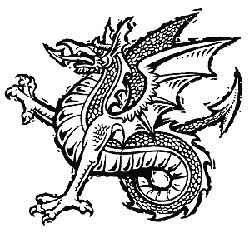 When I was a kid, I was so wrapped up in Tolkien that I came to judge any other fantasy writer by the bar I felt he had set. This, believe it or not, was hardly an unusual perspective in the 1970s. Prior to Star Wars, Tolkien and Star Trek were really all most of us had. 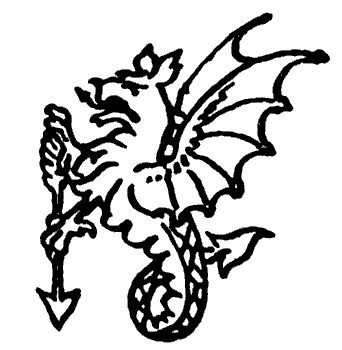 C.S. Lewis, and his “Narnia” series came out looking pretty bad. While we might have enjoyed the books when were younger, and didn’t know any better, the fact that Lewis relied on creatures lifted from familiar myth and fable – the fauns, the talking animals – made him seen decidedly inferior to Tolkien’s range of created, and more fully realized, races and creatures. We thought Tolkien was giving us a unique and freshly minted world. Narnia, on the other hand, was stocked with the same old, same old.

This kind of critical distinction has reappeared, in some sense, in the OSR approach. Lamentations of the Flame Princess (or LotFP) is a retro, OSR “clone game” that seeks to present something close to the original D&D rules – but with a weirder, or more “noir” kind of twist. Its author, James Raggi, refuses to provide any monster stats in the game at all. Instead, he insists that the GMs create new monsters and monster races – out of their own imaginations – so that the players are not able to know, in advance, what these creature are… and what they are capable of. By having to make up totally new creatures, the GM is forced into being more like Tolkien… and less like Lewis. Players used to role playing games know all the standard monsters and how to best deal with them. By removing these familiar elements, the players are forced to develop knew skills and face the unknown and unexpected. Raggi isn’t the only game designer pushing this line. Other, similar “clone” people have been pushing variations on it too. 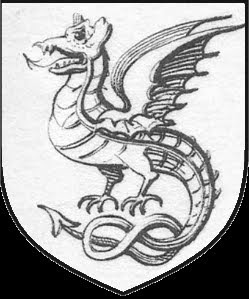 While the strengths of this argument might be immediately apparent, I have come to arrive, via my own playing experience, at a slightly different perspective. Is it great fun to surprise and freak out players with stuff they have never seen before and know nothing about? Absolutely. But it is also a lot of fun to use more familiar creatures in new ways. The “regular” monsters, some derived directly from classical mythology, are a way to explore myths and archetypes in games. This is also joyful too – and the use of these more established tropes does not, in any way, preclude “mixing it up” defying established expectations, and doing different things with them.

One example of this kind of “third way” approach is the wyvern in Zak S.’s brilliant city campaign, Vornheim. These two-legged, winged dragons are usually not all that intelligent or all that “special” in regular D&D. Zak’s wyvern, on the other hand, lives at the bottom of a well located in the central part of the city. When a native-born individual gets lowered down into the wyvern’s well, and if they give the creature 700 gold pieces, the wyvern will answer any single question asked… exactly. You only get to ask one question and you can only do this once in your whole life. The wyvern (or a wyvern) has been living down in that well, and conducting these transactions, for as long as the city has been there. How does the wyvern know all the answers? What does the wyvern do with all the money? These questions no one knows the answers to- or, if they do know, they aren’t telling. Obviously, few would want to “blow” their once-in-a-lifetime question with an idle-seeming inquiry like that. You would obviously want to save your chance at asking a question for something more important to you. 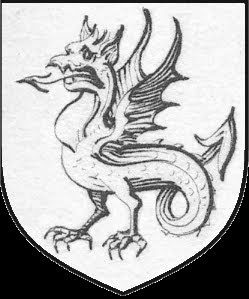 In order to come up with rather intriguing kind of set-up, Zak had to go off the beaten path and ignore most of the established “rules” for wyverns. He didn’t invent a totally new creature, but he put a number of sharp twists on the old one. I think it should be possible to do the same thing for nearly each and every creature encountered. This way, you still get to touch on, and incorporate the archetypes, but the players will be swiftly disabused of the idea that they “already know what to do.” Every time the DM sees a monster come up on a table, they need to consider how to tweak that creature in some way that will serve to throw more experienced players off – and render their game more interesting and weirder as a result.

I, personally, don’t want to give up on the standard monsters and creatures. I see them – each one of them – as still having a place in my campaign. Yet, at the same time, I do not want them to become predicable and boring. I also want the option to make up, or steal, a lot of my own monsters and creatures and then cheerfully toss them into the mix as well. 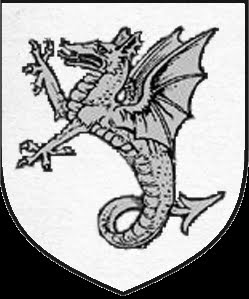 What’s the best way to go about this process? It’s easy to say “twist the monsters around.” But how do you start to do that?

1) First think about motivations. What is this creature’s motivations? Why do they harbor their agendas and pursue them? One GM recast goblins, a rather cliched D&D creature, as a race of total obsessive compulsives. Each goblin was a little fanatic about their little project and would go to any obnoxious, officious lengths to keep attending to their little “job” or program. This made them annoying to the players, but in an unexpected way. A goblin village, for example, might be filled with little goblins all obsessing over their tiny little projects… and led by others, equally, or even more obsessed. Once the players figured out the “goblin psychology” they might try to manipulate the goblins ins some manner – and take advantage of their condition. At the same time, what happens to the goblins who aren’t like this, or who differ from the rest of the goblin “pack”? Are their exceptions to the rule? How are these exceptions treated and how to do they react? 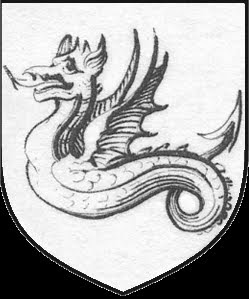 2) Second, think about the environment. What do these creatures have to do to survive and how does where they live have an effect on them and their motivations? Where are they on the local “food chain”? What do they have to put up with each day, watch out for, guard against, and how does their general environment shape them? If they don’t have to “struggle to survive” then what do they occupy themselves with and why? Dave Arenson created the idea of dragons with consuming “hobbies” and “interests” – pursuits they were devoted to that might serve to encourage them to interact with the players – and very often in ways that the players might find, well, “challenging.”

3) Third, think about the creature’s social relationships. Are the creatures under consideration lone predators or do they run in packs? If two creatures, of a kind, are encountered, then what is their relationship? Are they lovers? Mates? Parent and child? Mortal enemies? Buddies? Is one ready to betray the other? What’s going on? Once you have established the relationship that exists, you can start to hone it down. Two wraiths – living in a some lair in a rocky desert and venturing out into the night to hunt – can be a bit ho-hum from a conventional D&D perspective. But what if they are gay or lesbian lovers? That scenario, and all of its ramifications and logical nuances, might be a little more interesting, right? Wraiths have to have a sex life too, don’t they? Why not?

3) Third, think about the monster’s history. How long have they been where they are? What has happened to them over time and how have those experience had an effect on them? What does the future hold for them and how aware are they of their potential fate? What are they worried about? What are they hopeful for? Are they trying to change things, or do they accept, and even work to preserve, the status quo? If we return to the gay wraiths, then we can ask: How did they get where they are? Are they on the run from a wizard or evil High priest? is anyone looking for them? As undead, who were they when they were alive? Are they insane, or rational? If they are hoarding treasure – even magical treasure – then what do they expect to do with it? 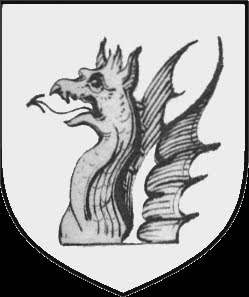 These, of course, are all “bottom up” ways of addressing the nature of individual creatures. But it’s just as possible to think of something – a vague outline or image – and work backwards, using these questions, to find twists and turns which justify, inform and explain why that thing is the way it is. And, obviously, not every justification and explanation ever has to be shared with the players. They can either choose to try to figure it out, or uncover the reasons while engaged in in other processes… or never find out at all. The fact that GM knows the “back story” is often more than enough enough to provide a tantalizing amount of mystery and legitimate strangeness to the game.

3 responses to “The Mythic & The New”