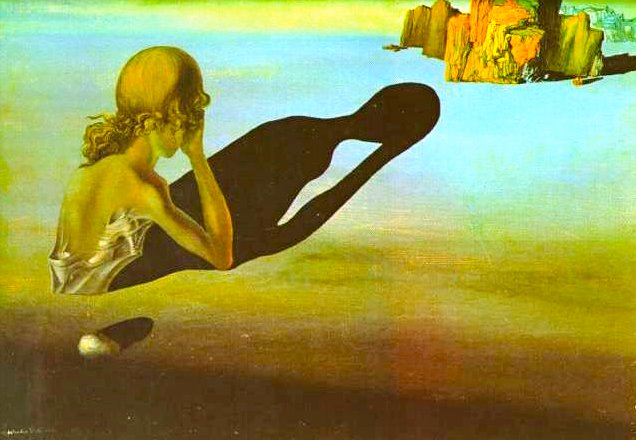 The first was Murky Wood – a collection of b&w comics Richard Corben has been doing for Dark Horse. Check out these panels:

I don’t want to spoil the pleasure of reading this for anyone, so suffice it to say that the above is one of the least D&D-like sequences to be found in the issue! Inside of 2 pages any GM will be thinking, “This could be my new campaign!” The monsters are great, the lead character is awesome, the whole effect is terrific. Granted, the franchised, explicitly D&D comics are usually utterly dreadful. But off the beaten track you can find little gems like this – comics that harken back to the “old school” without even realizing it.

The second was the new Conan comic. Many might be groaning at the plethora of Conan and REH-derived comics and I can understand their complaint. Conan and Howard’s other heroes have been driven into the ground. This new series, however, should be viewed in a quite different light. It’s unlike any Howard adaptation I have ever seen before and shows the character in a whole new light. Check it out: 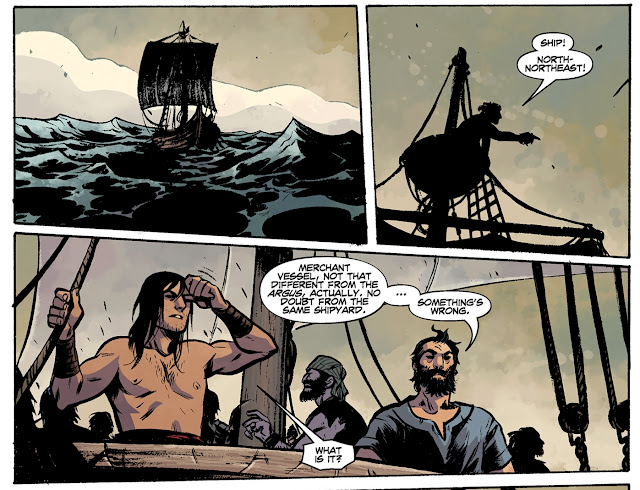 Clearly inspired by the recent work of artist and comics innovator Darwyn Cooke, this new take on Conan is more lively and more personal than anything I have seen before. It’s almost a revelation! If you want to look at how your players might come across in “real life” – with all their vulnerability, daring, and – at times – desperation, this new depiction of adventures in Hyberboria is a great place to start.

Lastly, I was watching ABC’s The Bachelor a few weeks ago and two of the people on this admittedly sleazy reality show were being lowered into a crater in Utah: 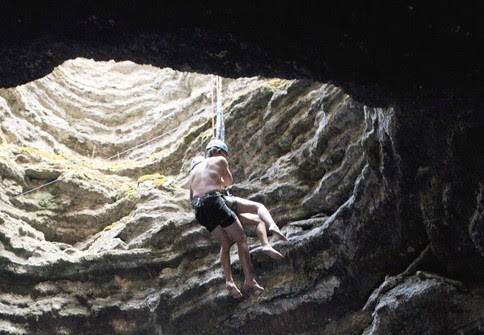 I instantly started studying the terrain and estimated how the size of the crater, which was filled with water, would translate on to graph paper. The players in my game had recently repelled into a cavern, found in the foothills of some mountains, and discovered (randomly determined using the Judges Guild “ruins” tables) the remains of a giant crayfish in the process. This scene, part of a stupid “reality” TV show, gave me some more ideas about how the crayfish might have gotten there in the first place.

To paraphrase T. S. Eliot: “Lame GMs imitate. Great GMs steal.” There are wonderful things around you all the time that can be “stolen” for your campaign. Just be receptive.!

One response to “Inspiration, Move Me Brightly…”