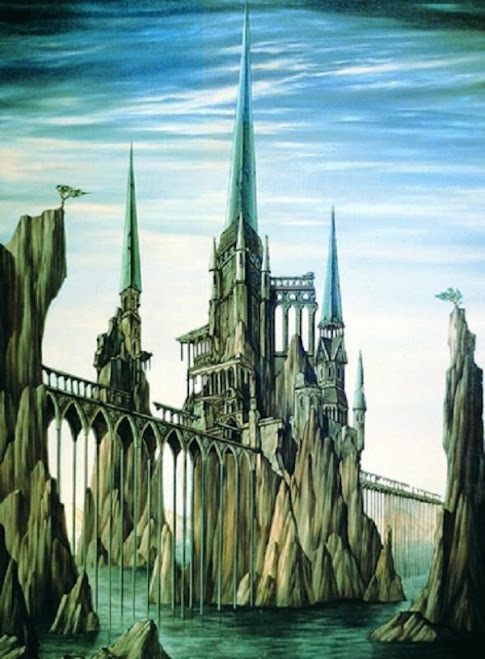 The other OSR bloggers can tend to talk a lot about the “megadungeon” concept. A “megadungeon” is a really, really big detailed environment for D&D. While we would tend to see a “megadungeon” as something that would have to be underground, the term has come to include even “above ground” structures like the Judges Guild’s original “City State.” One of the other classic “megadungeons” from the same time period is another product from the same manufacturer and the same period: Tegal Manor. 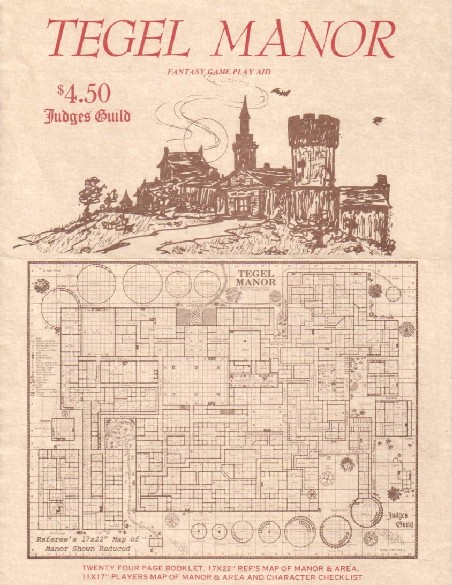 Original copies of the first printing of this adventure go for the big bucks now. I had one, and actually played it with a friend, but wound up giving it away – along with nearly all my other D&D and rpg stuff – to my then girlfriend’s little brother in the hope of currying favor with her. While I regret the loss of many of these now quite valuable items, he has nonetheless preserved all of what I gave him and has continued to curate these games and references them online on various websites.

Fortunately, Louis Zocchi ‘s “Gamescience” has reproduced the entire adventure at a bargain price – I got a nice paperback version with two quite serviceable maps for $12.95. As I went through it again, I saw the strengths and weaknesses of this adventure and this kind of “megadungeon” environment as a whole. 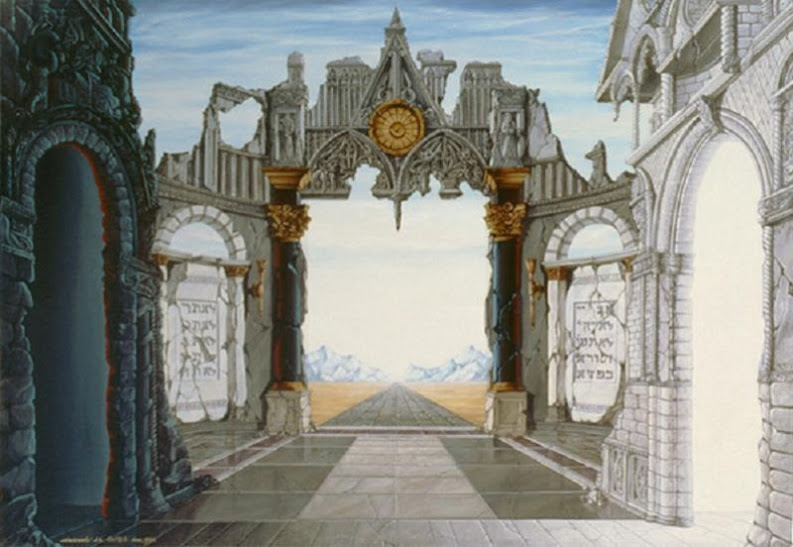 I liked the whole setting a great deal – a giant haunted manor in the middle of nowhere filled with rooms with crazy things. At the same time, after awhile it’s easy to see how the details could become tedious. As others have noted, it’s a “fun house” dungeon – not unlike some of Arenson’s more outre ideas and Kunz’s Bottle City. When we played it, the player only got part of the way in – but it was obvious that the setting could support many, many hours of gaming. Again I noticed how the Judges Guild people were eager to throw in everything they could find from the various TSR supplements. I noted, along those lines, that there’s a “mind flayer’s brain” under glass in one of the rooms. There’s also some Clark Ashton Smith stuff stuck in it too.

If I were to run this again, I think I’d try to put more energy into defining the personalities and characters of various ghosts haunting the place. This seemed to me like a neat element that was left vague. What, as the players encountered them, would be their motivations? you can get some ideas, but not enough. 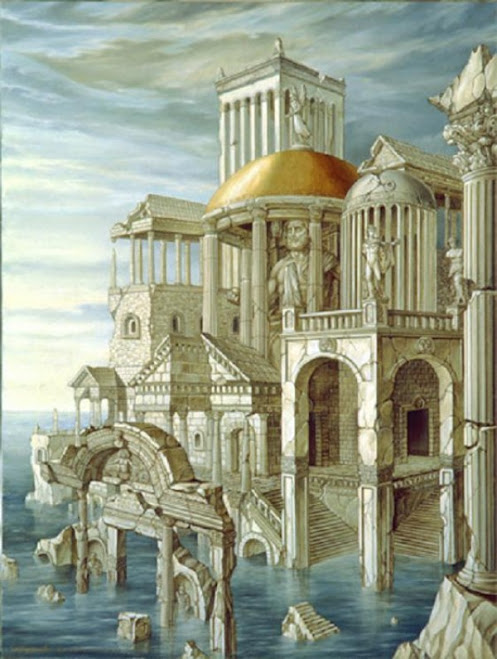 I compared Tegel Manor to both Barrowmaze – which is a newer, OSR-oriented megadungeon and with the more recent megadungeon Rappan Athuk. I read through all of the latter and confess to feeling a little numb about halfway into the second book of the three. Level after level, room after room, creature after creature – it all became too much. Again, while impressed with many of the locations at the start, I just couldn’t get that excited after awhile. Yes, it’s colossal. But maybe my ability to mentally grasp this kind of enormity – on this kind of scale – has withered.

When I first played D&D as a kid, we stuck to the dungeons because the individual rooms were easier for us to imagine and visualize than the wide open spaces of the wilderness. Now, paradoxically, I seem to have an easier time with the wilderness than I have with the intrinsic “railroad” elements of a dungeon. I can readily conceive of an ecology that would support the wilderness in my campaign, but I have a much harder time figuring out how all those creatures can live down there in the dungeons without much food. Even assuming they all prey on one another, that’s still going to lead to a less than bio-diverse situation. 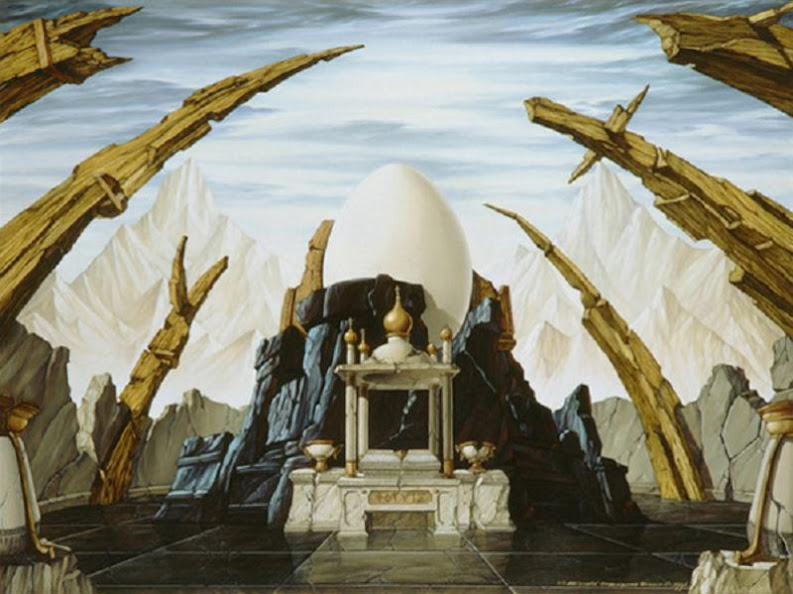 All of these viscous monsters would have no choice but to be were busy devouring each other. In the end, only a few would survive. The monsters that did manage to beat all the other monsters would have to be – from a Darwinian perspective – pretty evil and powerful indeed. There is, as it happens, a kind of compounding and absorbing action at work in that series of conflicts. There’s more on that whole process, from both a practical and metaphysical perspective, here.

If I did decide to do my own reconstruction of something like the manor, I think I’d emphasize the haunted and spooky parts of it the most. Then, at least, you don’t have to worry about how, or what, everything is eating.

One response to “Return To Tegel Manor”