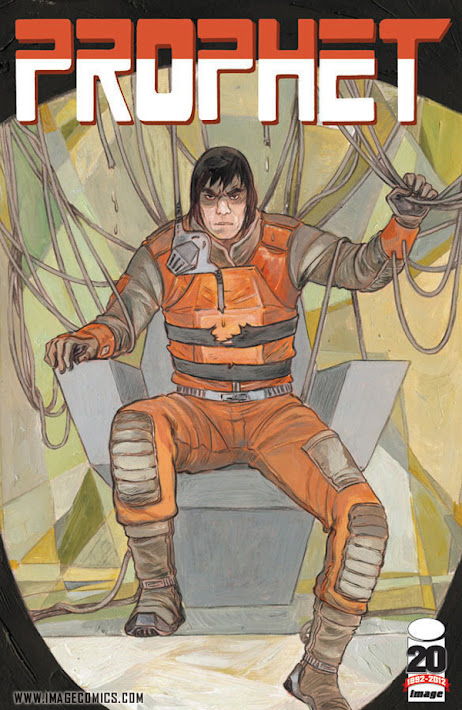 Writer Brandon Graham’s rebooting of Prophet has been one of the most heralded events in comics this year – and with good reason. The series is fascinating, challenging, and original. A blend of very extreme science fiction elements, its narrative flows through worlds and environments that are consistently otherworldly and authentically both bizarre and genuine.

I thought about how great it would be to adapt to, or merely inspire, a Traveller campaign. 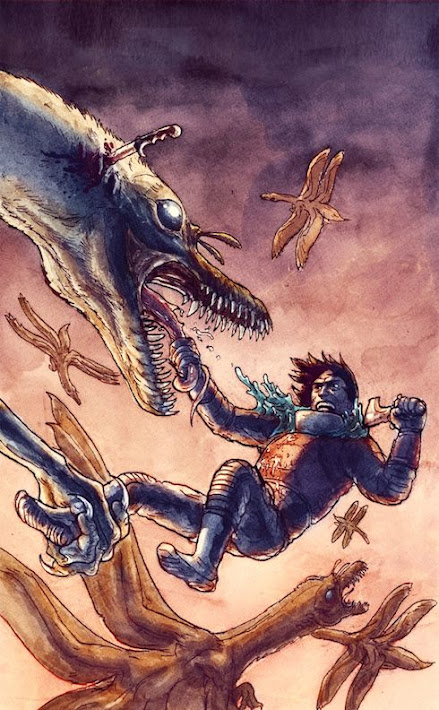 The main figure, John Prophet and his various clones, all have what look like familiar Traveller skills – the training he needs to make his way through the hostile and weird landscapes he is thrust in during the course of his “missions.” In this, he has some basic tools that would not be out of place in any of the Traveller game I ever played – trip wire, food and drug supplements, a nasty-looking and effective knife, and other objects: 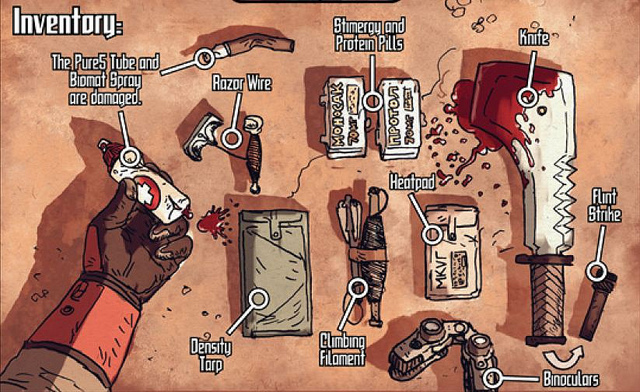 When I saw this, I couldn’t help myself. I immediately started casting Prophet as a Traveller hero.

This comic has been compared to some of the classic Heavy Metal comics from the ’70s – but without the embarrassing teenage prurience. It’s still an “adult” comic, but there’s no leering or adolescent sex-fantasy objects. Instead, it has much of that dream-like, totally trippy coherence that the work in the old Heavy Metal was only able to attain to sporadically.

The chief challenge in taking elements from this series into a Traveller game comes down to the technology. The artifacts in the series are truly beyond even the wackier things in the traditional Traveller universe. Alien cities are formed from living ships that have crash landed on the surface of planets and provide nourishment for their inhabitants from their rotting carcasses. Some other space ships look like they are made out of living crystals. The “corporate world” of regular Traveller isn’t much in evidence, even though the “tech levels” seem higher. 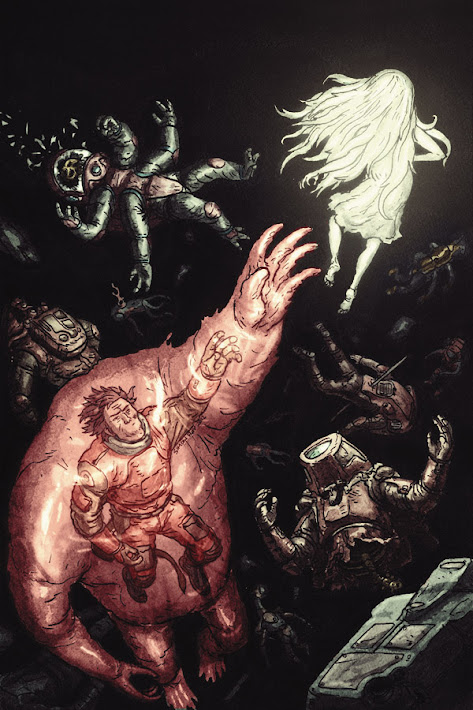 Things fall apart. On the one hand, the the comic book’s artificial intelligences and their cryptic avatars dwarf what we see in the Traveller canon. But, on the other hand, the societies – particularly the human societies – have seemed to have collapsed as well. This aspect appears to me like an even greater kind of interstellar apocalypse than the writers of the Traveller canon ever dreamed of – even at the height of the “shattered Improper” period. John Prophet works with uncanny little symbiotes who attach themselves to his shoulders and guide him along. He receives mission data in dreams and from alien creatures – of no apparent gender – who demand he mate with them. He moves across worlds populated by unknown rusting, mysterious behemoths and filled with alien creatures of various castes and shapes. In one area, he climbs into a pod inside a larger living city. The creatures work at harvesting smaller pods that grow along the city’s walls for food. Any GM would be hard put to just describe some of what Prophet encounters. 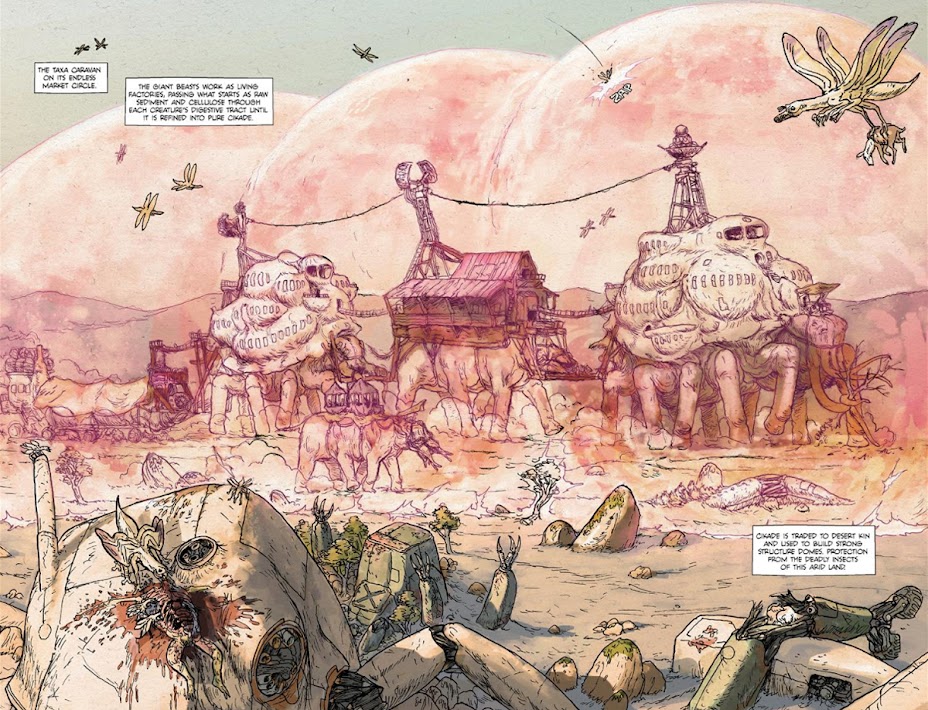 Traveller was meant to play out any number of science fiction scenarios. The “old school” approach, the “OSR” way, may not be to just go back to earlier iterations of the Traveller canon – but to take on entirely new kinds of themes – like this one – that were forsaken when the canon took over.