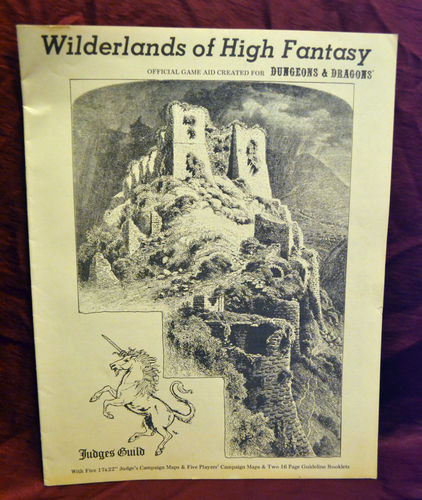 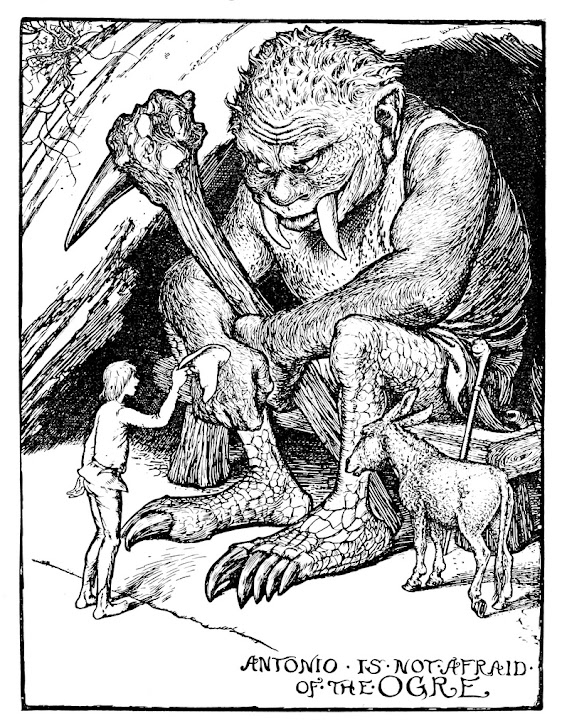 I got these as a kid in the ’70s and owned first editions of all of the maps and booklets in the sets. As I have said before, I used to spread them out on my bed and stare at the entire world they detailed. The Wilderlands captured my imagination.

That said, my own efforts to run D&D adventures in the Wilderlands proved, for the most part, unsatisfactory. I couldn’t get the hang of the terrain and I never really felt like I, as the DM, knew where I was. My own appreciation and honest sense of wonder at what the campaign offered was never even remotely effectively translated and shared with my players. As a conveyer and interpreter, I failed. 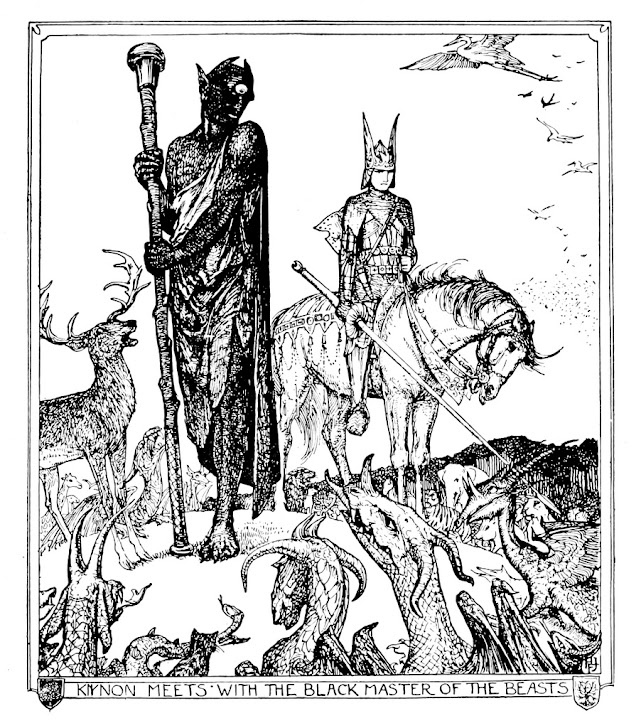 What caused this? Well, for one, thing, I didn’t have many models of other good DMs to learn from and copy. My friends might have been quite critical of my own DMing, but they were not frustrated by it enough to try doing any of their own work in that area themselves. As I look back at my earlier gaming, I can see that I lacked the management and organizational skills, and a lot of the simple experiences, to do the kind of job I aspired to. 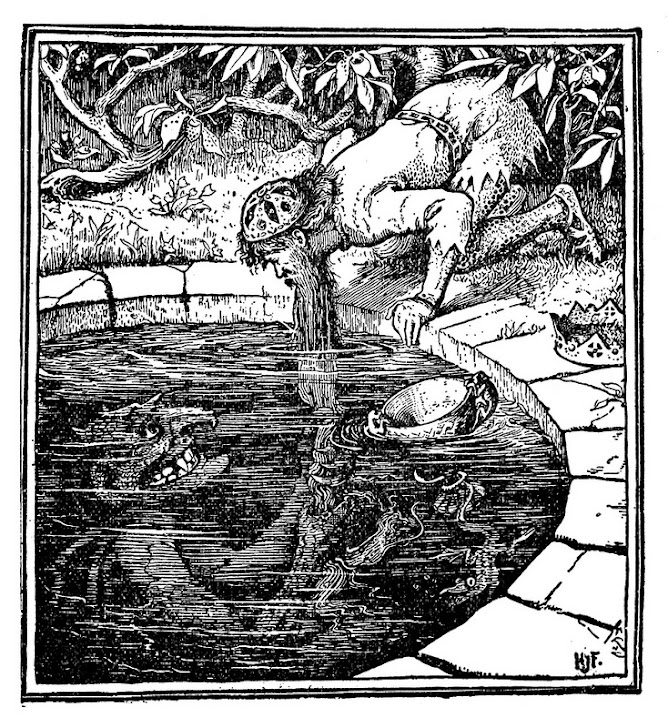 But beyond that, ironically enough, I suspect I simply lacked the imagination. We are often told that children and young people are naturally imaginative and that they tend to lose their imaginative ability over time. I don’t know if this is universally true or not, but I do think that my own imagination has grown and improved significantly with time. What feeds your imagination, as a child, has to be somewhat narrow. As you get older, you are exposed to more things – through studies, work experience, and travel – and that can push the boundaries out.

It was with these things in mind that I became fascinated with the differences in playing D&D with the map from Avalon Hill’s game Outdoor Survival. 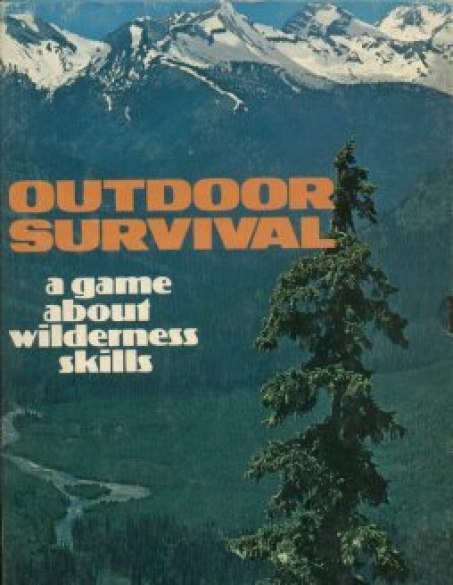 This approach to wilderness and outdoor campaigns was, of course, recommended in the very first edition of D&D. No one I knew, back in the ’70s, paid this suggestion even the slightest attention. But the OSR people, determined to go back to the first earliest version of the game, resurrected this approach and scrupulously began following the original rules. Imitating them, I bought a copy of the game on eBay and rigorously followed suit.

I was, frankly, stunned at the contrast. All of what I had trouble with when using the Wilderlands maps and descriptions vanished. Instead, the play and the experience was smoother, more consistent, more natural, and more “alive” than I had ever experienced before. Rather than struggling to interpret the landscape and events, I felt as if I was right there on the ground with the players. The location and its denizens became as real and palpable to me as I had always hoped they would. 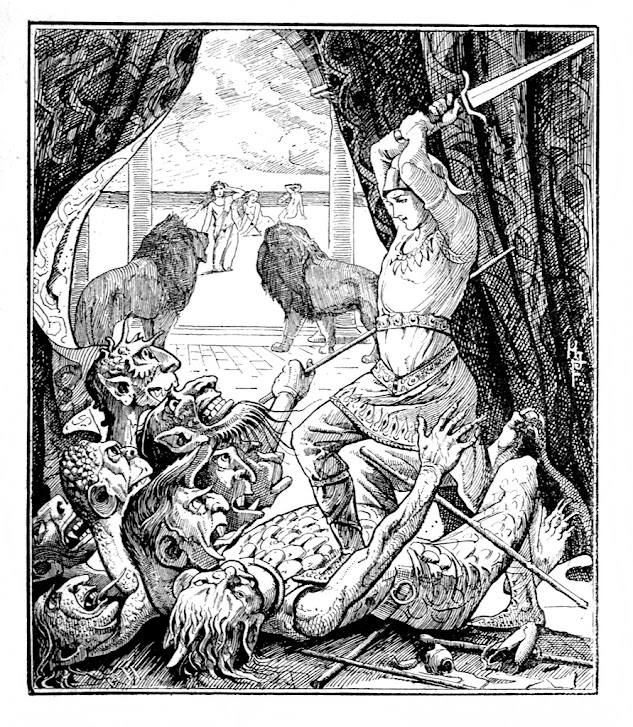 What could, I wondered, account for this change? Playing with a pre-designed campaign is like trying to get along in a suit of clothes that doesn’t quite fit you. Sure, you can make alterations, but it’s never going to feel quite the same. Using the Outdoor Survival map, on the other hand, made me feel as if the terrain was really mine. There was really that dramatic a difference. Even though so much of the encounters, and even the nature of the settlements and buildings were randomly determined – again using the original, most primitive rules set – I nonetheless experienced a sublime sense of ownership I had longed for, but never felt before. 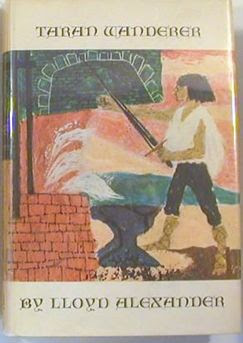 In Lloyd Alexander’s classic fantasy novel Taran Wanderer, the eponymous hero has his beautiful sword stolen from him by one of the villains in the series. Later, he is taught to work a forge and makes his own sword which, while much uglier, nevertheless holds during a battle with the same villain – while the original, pilfered better looking blade wielded by the thief… breaks. This match-up with the swords says everything to me about the differences between using a campaign designed by others and making your own with something like the Outdoor Survival map. 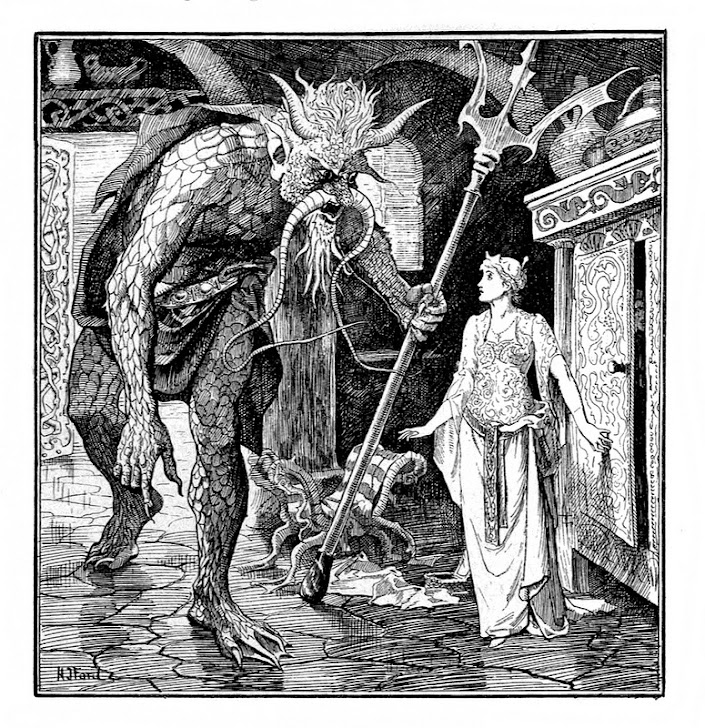 What’s in it for the DM? Why play the game if you can’t be a player? I like DMing, and I’ve always liked it, because it gives me the chance to run an entire world. If I close my eyes, I should be able to “see” it around me – and know what’s there. I have only been able to really reach that point, to my own satisfaction, by playing the basic rules with the map they suggest using. The kind of in depth perception and feeling of lived experience was, before, always an unfulfilled hope – a dream that always seemed just out of reach. Much as I loved the Wilderlands, they didn’t bring me any closer to the sublime experience I really wanted.

A player informed me, somewhat regretfully, that – due to a project he was working on – he would have to get a copy of Outdoor Survival and start using it for his own campaign. This didn’t bother me in the slightest. By now, with only a tiny fraction of the land on my map described, I still feel like what I have is too much thoroughly and irrevocably my own at this point for anyone else to threaten. I actually would encourage people to do what I did and use the same starting map – because I’m that confident that what they would come up with would be just as unique.

4 responses to “Outdoor Survival Vs. The Wilderlands”