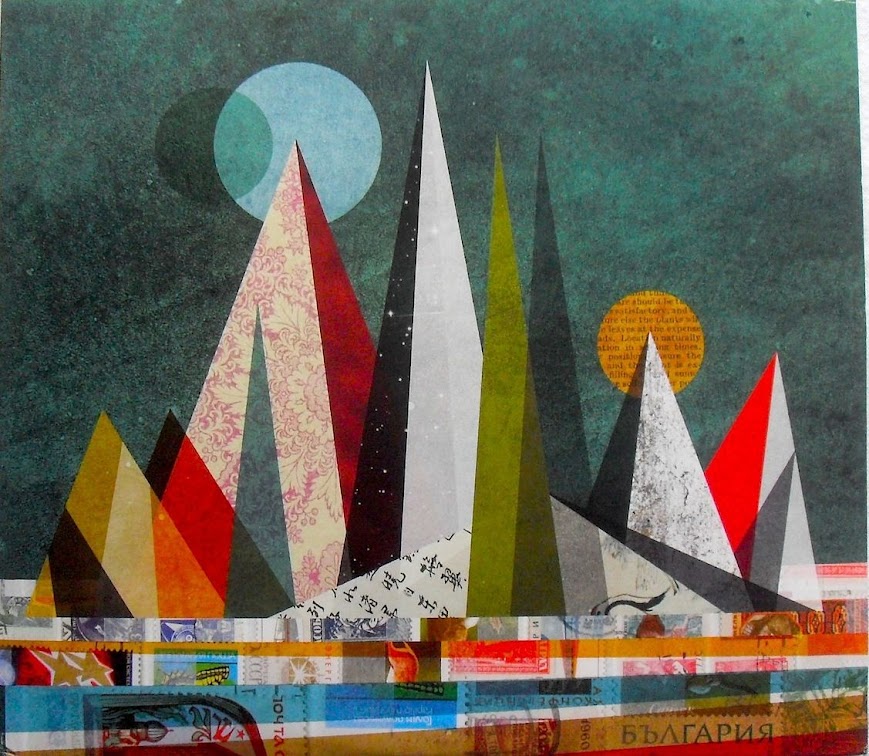 As I hunt around online, and find striking art or old photographs, I immediately say to myself, “That’ll preach!” when I come across one that inspires or appeals to my aspirations for my campaign as a DM. When I see something that just screams at me, “This is exactly what my game should feel like or seem like!” – then I make a note of it thinking, “That’ll preach!” It’s sort of like saying, “That’ll OD&D!” 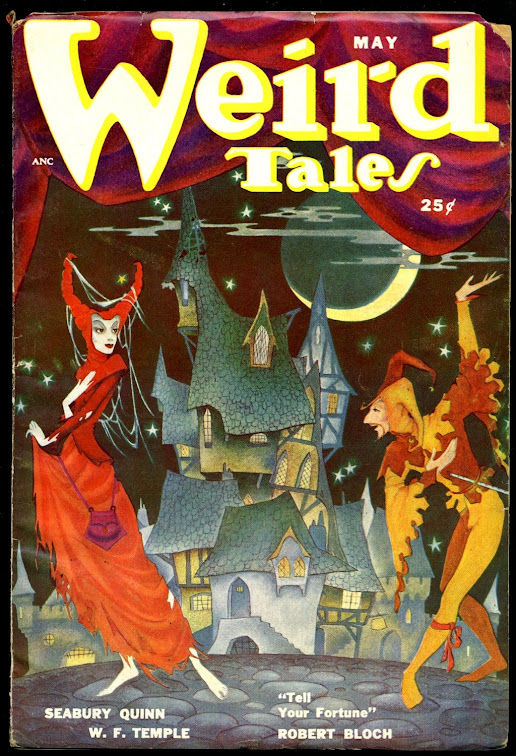 Originally, D&D and other early RPGs were inspired by war games and science fiction and fantasy literature. These myriad influences are described, in painstaking, minute, and voluminous detail in Jon Peterson’s masterful Playing At The World. Unfortunately, the popularity of role playing soon meant that these outside influences came to have less and less impact on the growth of the games and their attendant culture. D&D came to be mainly influenced by… itself. Naturally, this meant that things got boring and predictable.

The OSR, on the other hand, is all about breaking down this problem – and allowing older and other outside influences back in. Going “back to basics” means letting influences drop in from a different variety of sources – the wider, and more far-reaching, the better. When you pick up on this tactic and begin to branch out, FRPs become liberated from the prison of themselves and their companies’ marketing history. 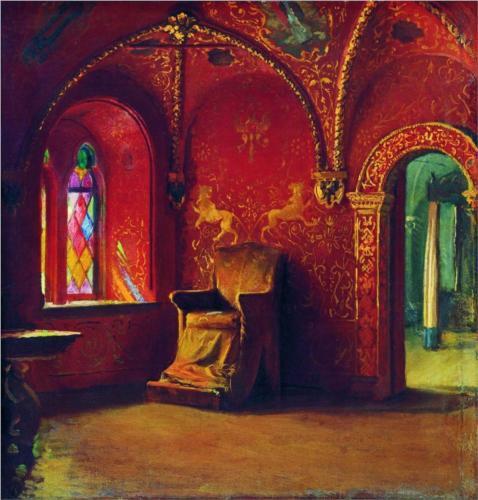 The C&S rules point out that the rooms in most medieval buildings had very little furniture. If there was a chair in a room, the person in charge sat in it… and everyone else had to stand. It helped people understand who, exactly, was in charge. I used this motif in an encounter in a wizard’s citadel. The wizard sat in a chair. The people he was talking to, the player and his friends, were not invited to sit down – nor could they. I saw this painting over on Facebook and thought – “There it is! That’s the wizard’s chair!” 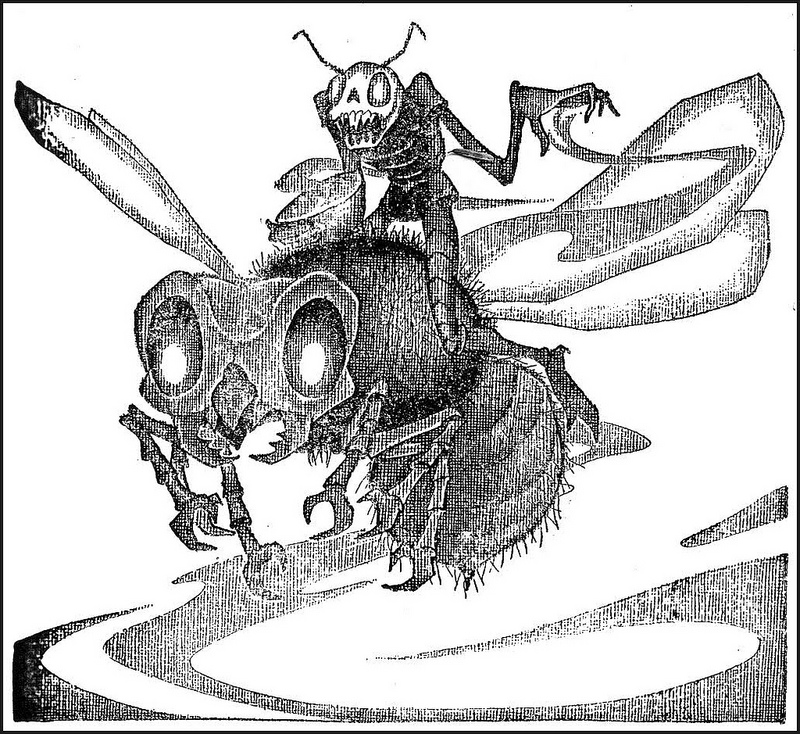 I saw this old illustration and immediately thought, “That’ll preach!” This guy looks like some insect lich’s minion. Pretty cool, no? I would love to have players encountering something like this in my game. 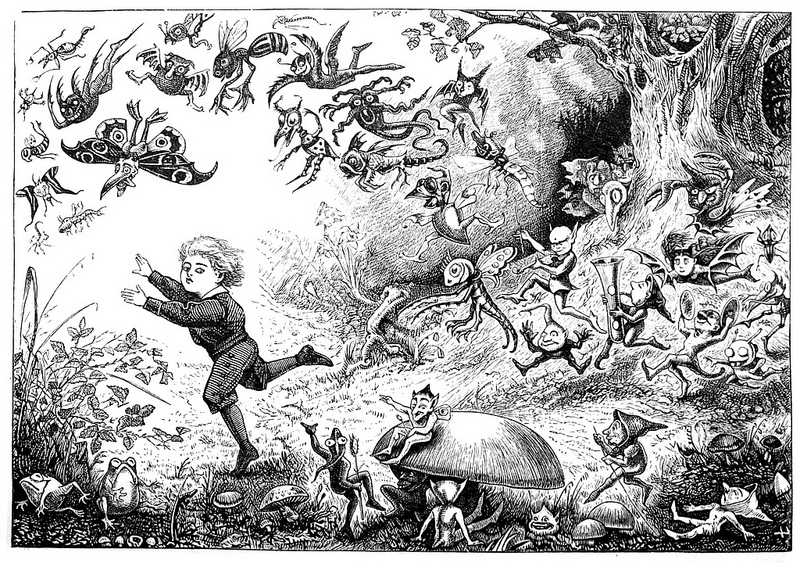 That’ll preach! Look at these nasty little creatures. If I didn’t have them lurking in one of the hexs on the old “Outdoor Survival” map, I’d be so disappointed! 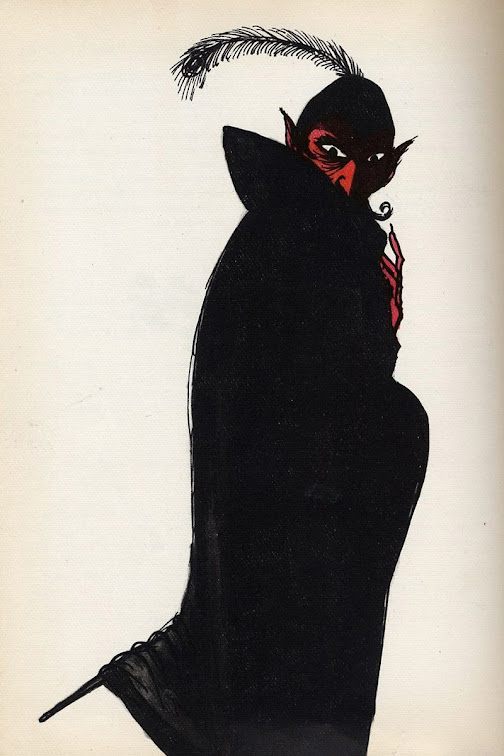 That’ll preach! And if this guy wasn’t prowling around in my city campaign, well, what would be the point of it at all? What is he up to? NO GOOD!

I’ll post some of these over on Facebook and say, “This is what my OD&D campaign should look like!” One of my readers suggested that, in fact, parts of my campaign DID look like this. Sometimes, when I’m really rolling, and my DMing is at its peak, it does. 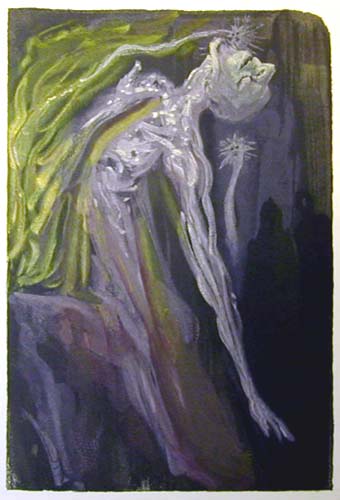 I went through the recent Swords & Wizardry supplement book Monstrosities and, impressive as it was, I wished the art had looked more like this – and less like the same old, same old. The FRP art we have now is like “the fields we know.” Don’t we want to go beyond those fields? Don’t we need to get a little more loose? Go farther afield? What would happen then?