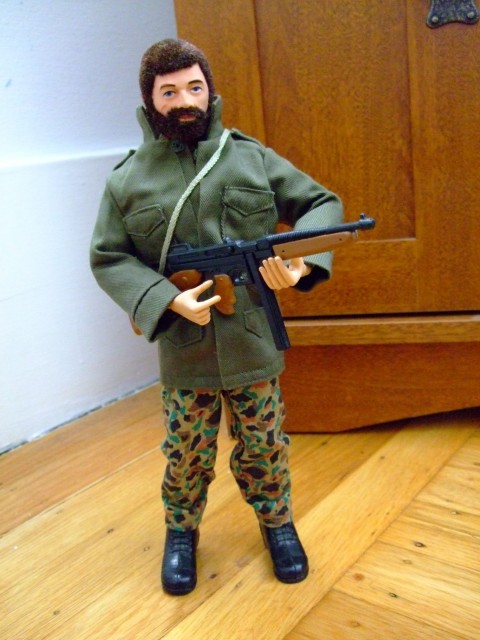 Some of us have seen people seeking to back-date their FRP involvement to a point before the actual D&D game appeared on the market. In some cases, I suspect, this a more or less transparent attempt to disavow D&D’s direct influence on them. As such, it tends to fool exactly no one. But in other situations, it represents the way that the world was waiting for D&D, that the time was right for it, and that- when the game appeared – we were prepared.

Did you play D&D before there was D&D? 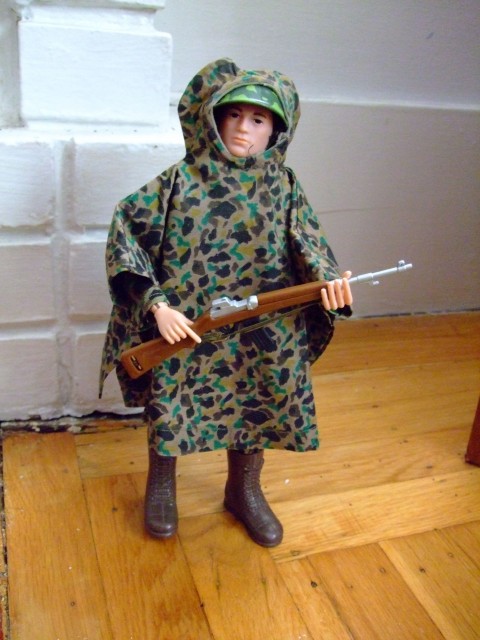 As I noted in a post earlier, the G.I. Joes my friends and I had as children came with no narratives attached to them. In their original, soldier form we weren’t told how to play with them, or what stories went with them. We were free to adapt our own ideas and, ultimately, were left to our own devices. The same was true with the latter, more PC “Adventure Team” models. Sometimes there might be a comic book outlining how a given accessory worked, but any larger narrative was missing.

My friends and I never expected to be handed a story. That was part of the fun – making up a game or a situation. In time, we developed countries for the G.I. Joes – and made maps of them. An extended story took on a life of its own. 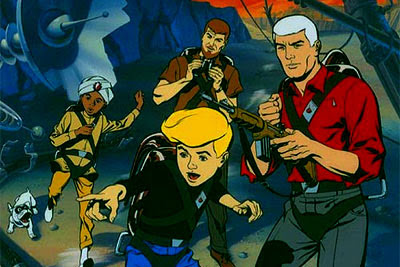 I don’t wish to make myself sound more creative than I really was. When I began watching old episodes of the Jonny Quest series on DVD, I was struck by how much we had lifted from this series in our playing. It wasn’t a conscious imitation. We didn’t realize we were doing it. The ideas and stories from the show that we had absorbed just naturally bubbled to the surface as we sought for situations to play with. 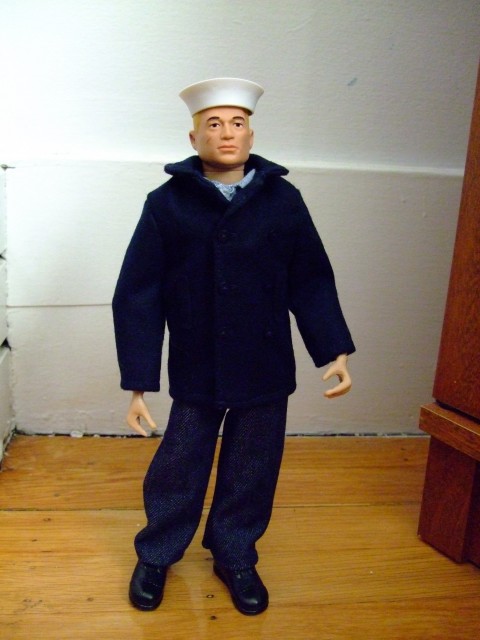 Around the same time, we started drawing “blueprints” of weapons and buildings. Tracing lines through various sheets of paper I was able to draw floors that fitted into one another. Yes, the castle had a dungeon – and also a basement level filled with computer banks – not unlike, I suppose, Batman’s Batcave. Another friend became invested in these designs and encouraged me to draw views of interior courtyards, balconies, and other rooms. 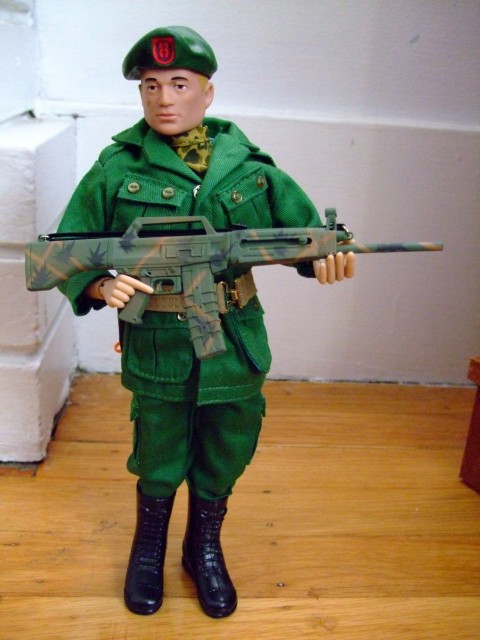 While neither of these activities constituted role playing in the way we think of it it now, they nonetheless were a terrific preparation for D&D. When it arrived on the scene, I was more than ready. When you combine this with all the Tolkien material we were obsessed with – remember that it was all books at that point and no films – and the Robert E. Howard books? Well, the pump was well primed. I may not have been playing D&D at that point, but when you add up the maps and the blueprints and the fantasy novels… I couldn’t have been MORE ready. 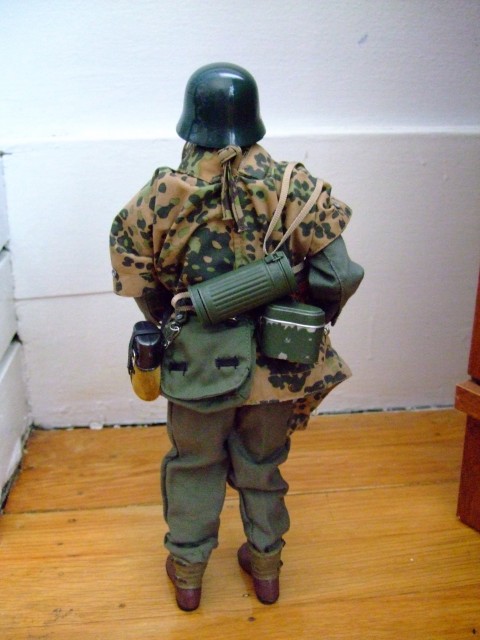 This is why I wonder what will happen to the kids today. Everything is planned out for them, every narrative is already supplied. No wonder the “free style” of OD&D gave way to a dependence on modules and “ready made” campaigns. How many kids today are able to get to the point at which they would even desire to just try to come up with stuff on their own? 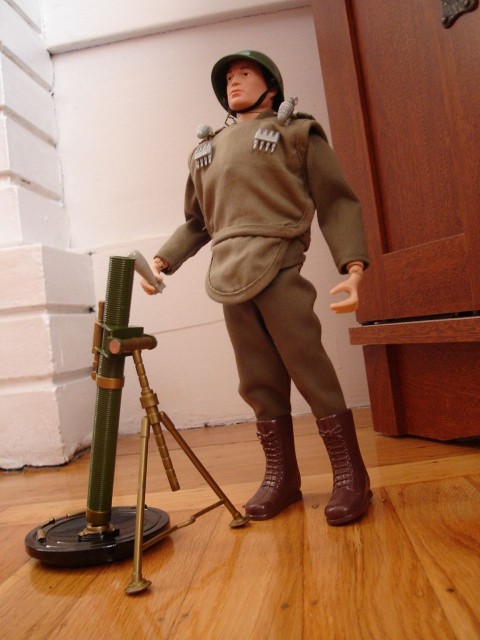 I have come to think that, after a certain point, a DM should just be able to “close their eyes” and “see” what’s going on in the world they have created. This is out it works in my city campaign. I close my eyes and see the people, the buildings, the forces moving above and below the streets. I’ve taken to using the origin Judges Guild city encounter tables (found in Ready Ref Sheets), but even with these tools the denizens of my metropolis slip easily into the bare framework the tables provide – and start to embody the scant data with their own twisted natures. I don’t know if I could have done this if I hadn’t had the background I had – all the unsupervised play, the encouragement to be creative, and few directly supplied narratives. Every book they like now comes with a movie. The idea of being able to imagine their own version of the literary characters? It never gets to happen before Hollywood imposes its vision on them. 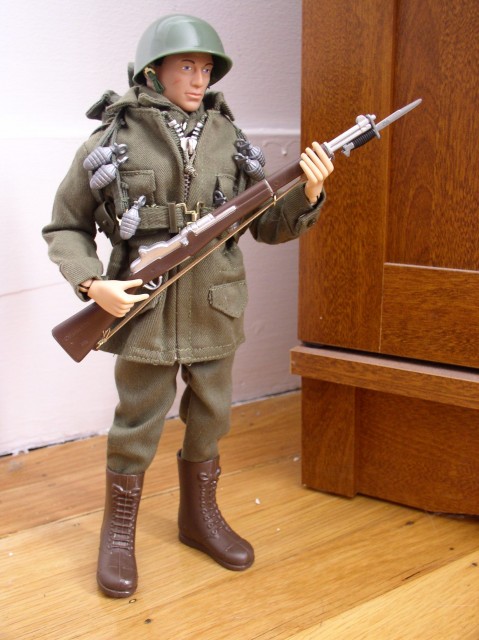 The people at TSR were shocked when they saw the first bootlegged module someone had designed (“Palace of the Vampire Queen“). “Who would ever want to buy something like this?” they wondered in amazement. They knew that the fun was in making up your own stuff. But what do you do with a generation that CAN’T be that creative, that doesn’t have the imagination, that’s had everything done for it?