“The sand of the desert of Yondo is not as the sand of other deserts; for Yondo lies nearest of all to the world’s rim; and strange winds, blowing from a pit no astronomer may hope to fathom, have sown its ruinous fields with the gray dust of corroding planets, the black ashes of extinguished suns.”

It was H.P. Lovecraft’s birthday the other day – and the hooplah hasn’t ended. It really never stops, I suppose, over on Facebook. Lovecraft is like Dr. Who and Game of Thrones over there. But no one ever talks about Clark Ashton Smith the same way, do they? 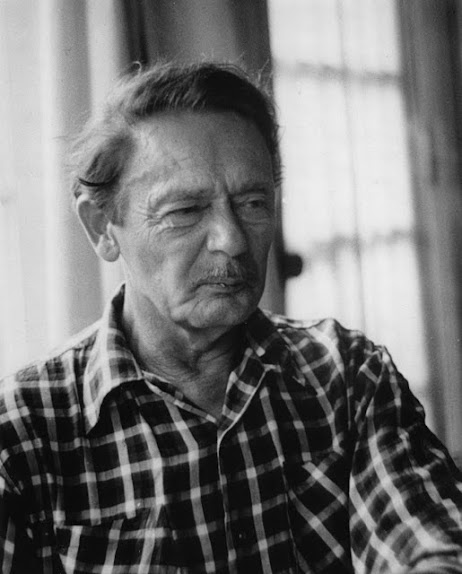 I came to Smith late in life and only encountered his writings by the time I was in my early 30s. I had loved HPL and Robert E. Howard from Junior High on but, for some inexplicable reason, I never explored Smith’s stories, nor his poetry. I was introduced to his work by an acquaintance of one of my ex-girlfriends. Now one of the leaders of the American branch of the mysterious “Cultus Sabbati,” Robert also turned me on to the joy of collecting vinyl toy figurines of Japanese monsters, as well as the TV series Ultraman which, growing up on the East Coast, I had never seen before. But I am most grateful to him for pushing Smith on me. I quickly converted to the tiny Smith cult and collected everything I could find by him.

While Smith never attained to the heights of fame that REH and HPL have, his work dwarfs their achievements in many ways. A master stylist, Smith’s fantasy is far more mature, shrewd, and sophisticated in every possible sense. Perhaps it’s the kind of fantasy that can only really be appreciated by adults. The more Smith I read, the more I think that he accomplished what the others were aiming at and fell short of. Both Lovecraft and Howard seem childish and stunted in comparison now, and that’s just their prose. On his best day, Smith forgot more about poetry than those two would ever learn. His efforts in the visual arts – painting and sculpture, are also worth investigating. I rushed to purchase the relatively recently published collection of his complete poems in hardcover and, seeing what they are going for now, I’m very glad I did. 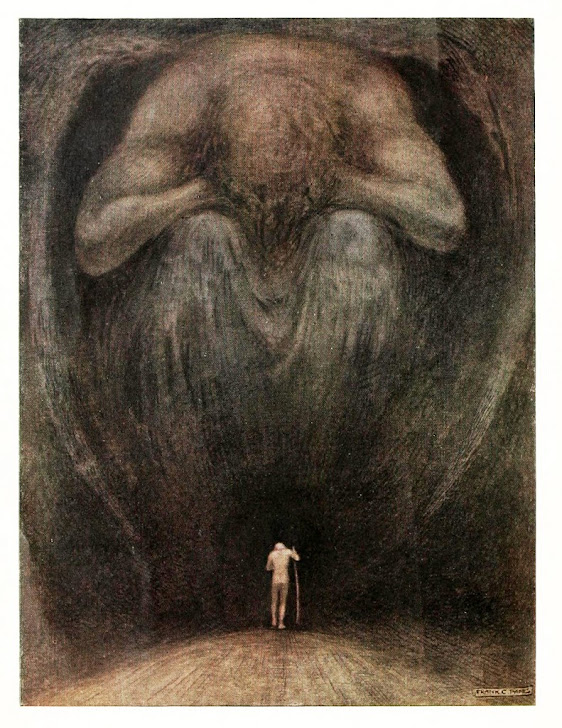 Smith’s work was, infamously, neglected in Gygax’s legendary “Appendix N.” OD&D author, innovator, and legend Rob Kuntz has sought to address this lapse (see here and here). Kuntz’s module, “Garden of the Plantmaster,” is a tribute to Smith’s story “Gardens of Adompha” (see more here). The more of Smith’s stories you read, the more perfectly suited to D&D they seem. His characters go on dangerous journeys through strange terrain, encountering all kinds of hideous creatures – while searching for fabulous treasures. Come on, people. That’s what OD&D is all about.

I thought about this again as I considered the desert zones on the classic OD&D wilderness map from Avalon Hill’s Outdoor Survival. Here’s one: 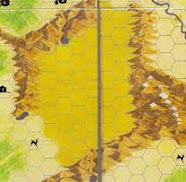 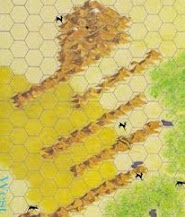 Now picture either of these areas as looking like this:

“The dark, orblike mountains which rise from its wrinkled and pitted plain are not all its own, for some are fallen asteroids half-buried in that abysmal sand. Things have crept in from nether space, whose incursion is forbid by the gods of all proper and well-ordered lands; but there are no such gods in Yondo, where live the hoary genii of stars abolished and decrepit demons left homeless by the destruction of antiquated hells.”

I think he’s nailed it. But what else is there?

“Hidden by the low ridges, were cities of which no stela remained unbroken – immense and immemorial cities lapsing shard by shard, atom by atom, to feed infinities of desolation. I dragged my torture-weakened limbs over vast rubbish-heaps that had once been mighty temples; and fallen gods frowned in rotting pasammite or leered in riven porphyry at my feet. Over all was an evil silence, broken only by the satanic laughter of hyenas, and the rustling of adders in thickets of dead thorn or antique gardens given to the perishing nettle and fumitory.”

So you have a ruined and desolate city there to explore? Which one should you use?

I suggest wrecking Jakalla, from M.A.R. Barker’s Empire of the Petal Throne, and sticking it in one of the hexes. 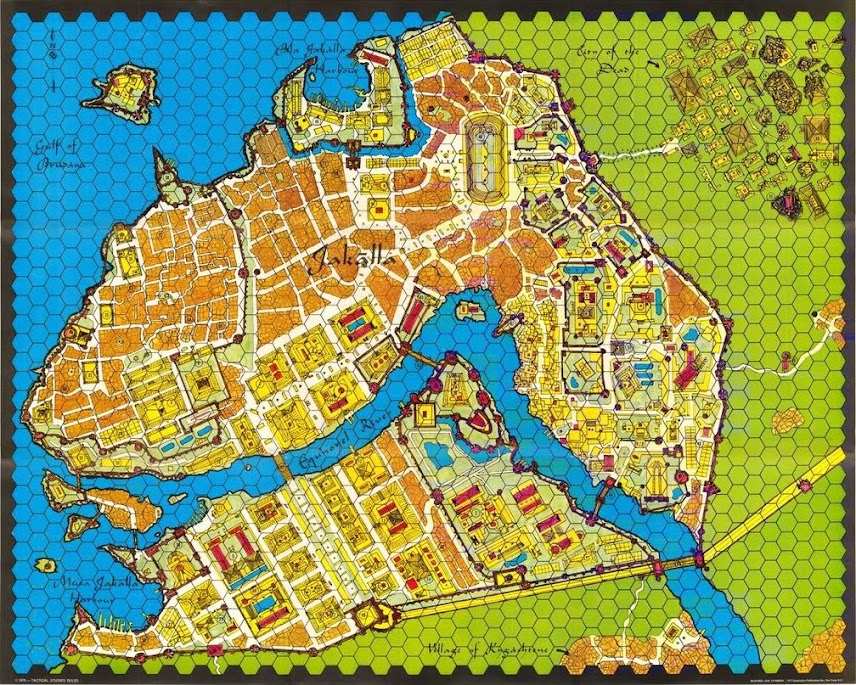 The ocean’s gone, obviously, and the ancient, partially standing bridges now have only empty canals of sand running under them.

If you study the story, and many others, you’ll find descriptions of all kinds of insane monsters to throw at the players too. I won’t spoil it. 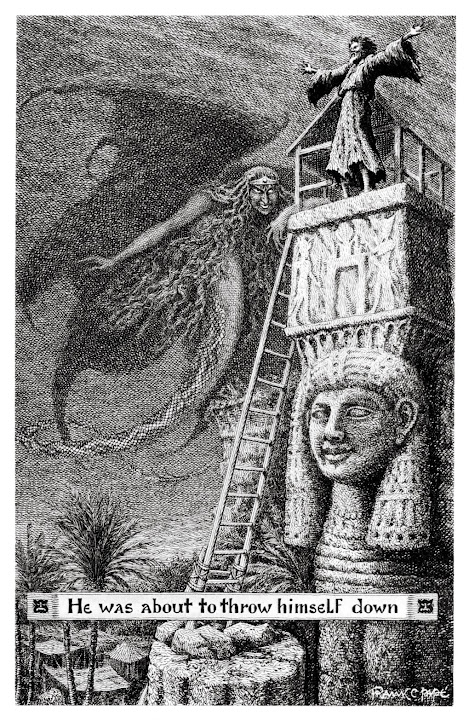 Who lives on the edges of the desert? What if you encounter a wizard in a tower of other kind of stronghold, as per the OD&D rules?

“Sabmon the anchorite was famed no less for his piety than for his prophetic wisdom and knowledge of the dark art of sorcery. He had dwelt alone for two generations in a curious house on the rim of the northern desert of Tasuun: a house whose floor and walls were built from the large bones of dromedaries, and whose roof was a wattling composed of the smaller bones of wild dogs and men and hyenas. These ossuary relics, chosen for their whiteness and symmetry, were bound securely together with well-tanned thongs, and were joined and fitted with marvelous closeness, leaving no space for the blown sand to penetrate. This house was the pride of Sabmon, who swept it daily with a besom of mummy’s hair, till it shone immaculate as polished ivory both within and without.”

This passage is from Smith’s “The Witchcraft of Ulua.” Does it get more OD&D than that? I do not think it does. Smith’s stories teem with stuff like this that you can easily appropriate for your campaign.

Read more Clark Ashton Smith. It will bring your OD&D game up to a whole new level.