The art that people use to inspire them in D&D is always important. We get our ideas about what our campaigns look like and feel like from many sources.

I encourage DMs to go further afield. Put aside the kind of art you’re used to and look for ideas in mysterious byways that may have been, even unfairly, ignored. The OSR isn’t just about reheating the past. It’s about finding new places to take the old rules. 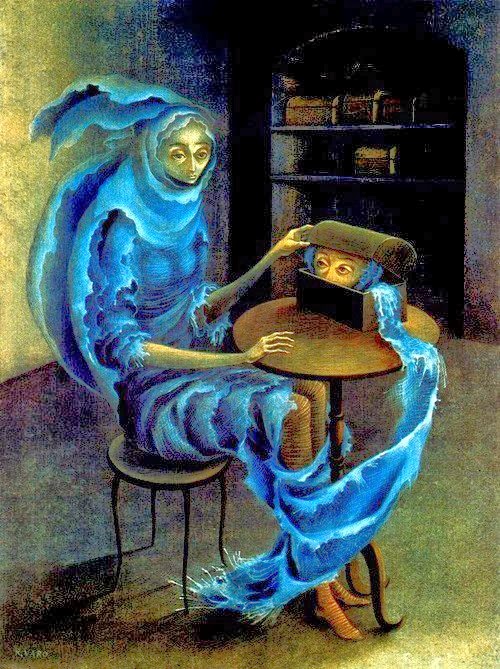 These creatures are actually one creature, a witch who split herself into two pieces while confronting a monster. In one of the abandoned buildings on the edge of the city, she confronts aspects of her self and struggles to find her own unity while simultaneously hiding from herself. She can give good council, but she invariably contradicts herself. When she doesn’t, you need to worry… 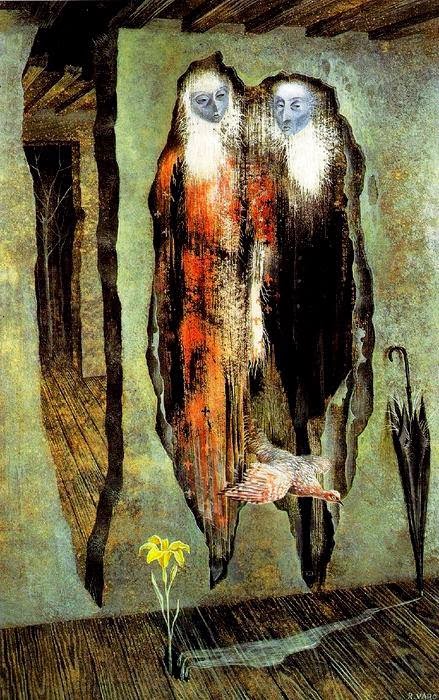 Ancient inhabitants of one of the houses in the city, these characters can never leave the site into which they are locked, nor can the flora and fauna they once were surrounded with depart from them either. They never speak, but when people leave the room they are, some report hearing whispers.

She prowls the city at night, and the people around her avoid her. What unknown mission is she on, and why won’t anyone ask her her name? 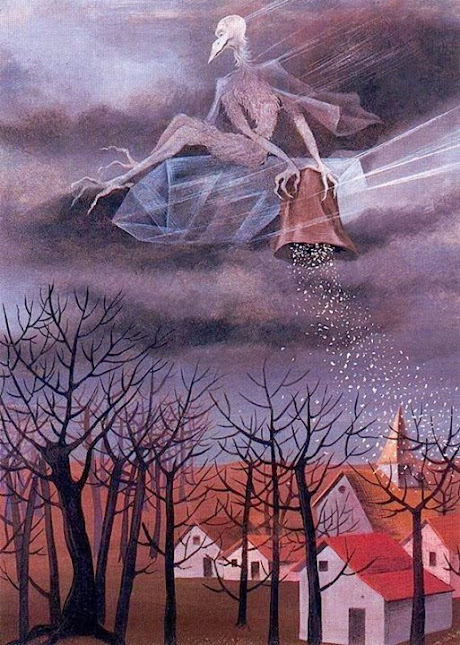 This nameless monster is seen in flight over the city on certain occasions. None of the snow it spreads ever seems to last very long, nor does it feel cold to the touch. When it is heard to laugh, earthquakes follow. 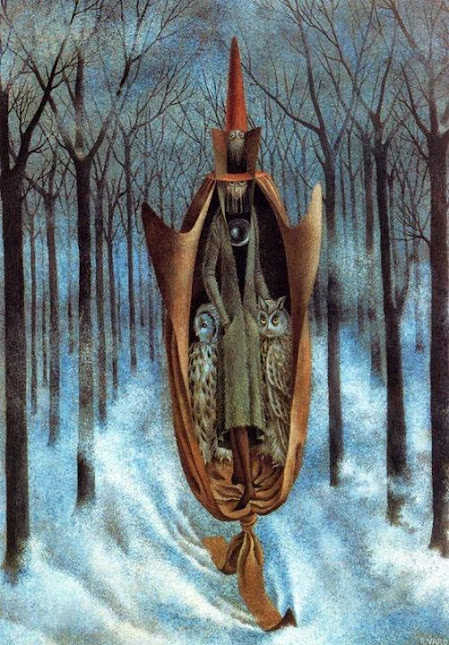 This is the third most powerful magician in the campaign. Neutrally aligned, he appears only far to the north and never seems to need a habitation, but is always seen moving this way. The owls are said to have defeated a balrog. They also have been known to tease elves with risque and painfully obscure rhyming insults in an ancient variation of that language. 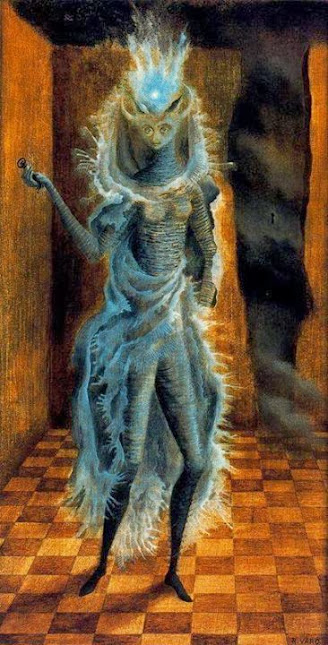 Wandering at strange times through the city, she is said to be able to resurrect slain clerics. There’s a catch though. There always is. 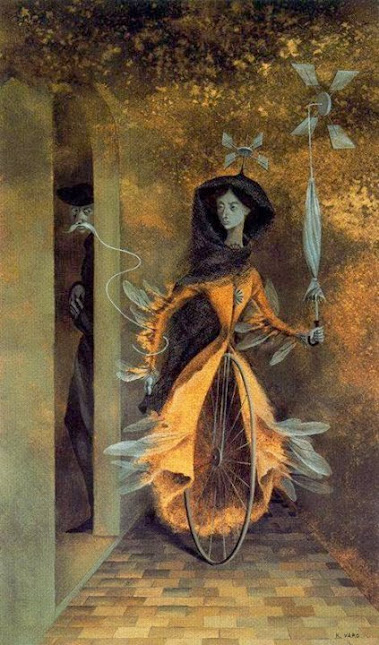 She lives in one of the oldest buildings in the city… and throws great parties. The umbrella is never seen to be open, even when it rains. If she hits you with it, it does 1D30 points of damage. Portraits exist of her as a little girl, looking much the same. Evidently the wheel is… organic. 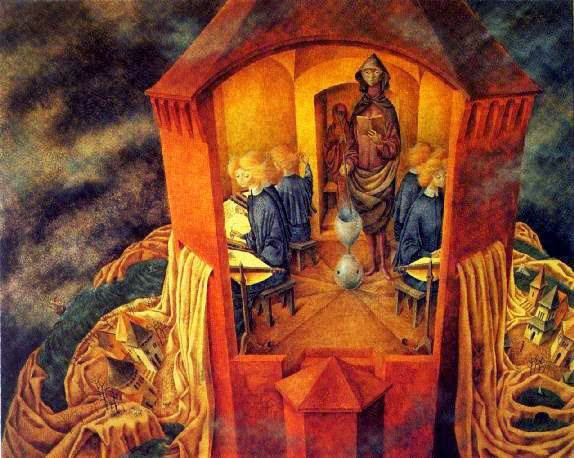 These conspirators are bent on creating their own, independent AI/Difference Engine tower for the city. They believe they can replicate the necessary stereographic cards alchemically, but they need a golden dragon’s heart to power their system. Naturally, they are in the market for one and have sent out feelers…

One response to “Remedios Varo”