Religion is often a fraught issue in D&D. Some campaigns can become obsessed with it, but it can push many people’s buttons in weird ways. Clerics are needed, in the basic versions of the game, for the curing of wounds, but I have often felt that the religious dimension in the game is still, in many cases, unexplored. 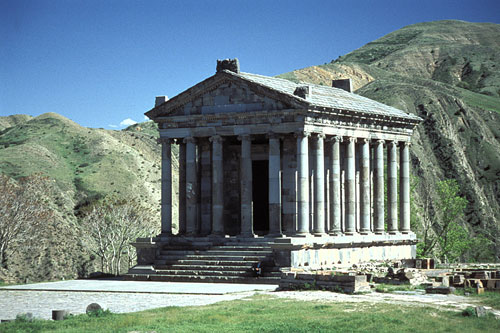 In running Vornheim, and in considering how I might customize the original City State of the Invincible Overlord, I realized that I could use the great random temple tables in the original Judges Guild series of booklets for temples inside the cities themselves.

Vornheim, being so huge, would contain too many cults and tiny temples to count. Sure, there would be major religions, like the ones described in the book, but there would also have to be so many smaller religious groups that randomly generated and odd little temple structures could easily be accommodated – and would be found in almost any neighborhood. The same random temple-generating tables could be used for the temples in a revised and more personalized version of the City State.

In thinking about this, I was reminded of author Peter F. Anson’s adventures as a youth, when he and a friend would seek out every obscure Protestant denomination and sect they could find in London and its surrounding suburbs. It sounded like a quest Arthur Machen might have gone on. Such an exploration would be easy in Vornheim. That great and teeming metropolis would, necessarily, have to be packed with temples like this – each of them different and each of them pretty strange.

My favorite option, in the JG temple tables, is for the temple itself to be alive. While this might be easier to picture in a desolate temple in the wilderness, I could still see it as a possibility in a city. The “living temple” might be subtle in how much it revealed itself, but the option would still work well.

Any thieves seeking to steal the treasures of the temples could be hit with curses. I like the curses and supernatural penalties for defilement listed in the JG tables, but they could be developed considerably and their features tailored to the city the temple was in.

Another issue, one that gets little attention, is what meaning the temples have for the people visiting them. Don’t people in the neighborhood see the temple as important? Why and how?

I found this plea from a pagan writer written in 348 AD:

“They are spreading out like torrents across the countryside; and in ruining the temples, they are also ruining the countryside itself at one and the same time. For to snatch from a region the temple which protects it is like tearing out its eye, killing it, annihilating it. The temples are the very life of the countryside; around them are built houses and villages, in their shadow a succession of generations have been born up until the present day. It is in those temples that farmers have placed their hopes for themselves and their wives and children, for their oxen and for the ground they have sown or planted. A country region whose temple has been destroyed in this manner is lost, because the despairing villagers no longer have the will to work. It would be pointless to exert themselves, they think, because they have been deprived of the gods who made their labors prosper.”

Wouldn’t this apply to the temples in cities too?

Of course, violence between temples and religious conflicts and rivalries are also an element that could be expanded on. In more campaigns set in more decadent, and declining eras, this kind of tension might be less of a factor:

“In conditions of inertia and dissolution, or in decay, the religions may, to be sure, tolerate one another like corpses lying  beside one another which also do not rise against one another. They could then not persecute and suppress; but they do not need it either. The lifeless has no need to stir itself up because it is free of all instincts. The tolerance of apathy and decay is sufficiently explicable from this.”

One response to “The Temples…”