“The world is governed by chance. Randomness stalks us every day of our lives.” 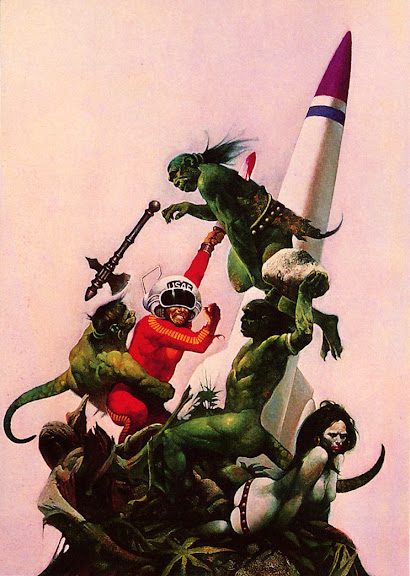 L. Ron Hubbard, in his Scientology teachings, frequently used the term “randomity.” What this meant, for him, was the extent to which we experience surprise and the unexpected in our daily lives. An area with high levels of randomity would mean a very frequent level of shock and a marked inability to predict events accurately. An area of very low randomity would be characterized by extreme stability and the prevalence of very, very predictable patterns.

Human beings, according to LRH, are not happy with either extreme. Too much randomity is too stressful and becomes debilitating. Too little randomity is boring and swiftly becomes stifling. At one point, LRH declared that there needed to be a balance in randomity. Therefore, the perfect formulation he suggested was 50-50. 50% of your experience should be predicable. 50% should not be. In order to find the right mix, human beings will seek to make things more predictable when the chaos gets out of hand – just as they will deliberately inject, or court, a little uncertainty to make things more exciting.

I thought of this again when I looked at the differences between OSR “sandbox” approaches to D&D and the newer, more “official” and authorized “railroad/narrative” model. The OSR way is often very random table based and, as an obvious consequence, includes high levels of what LRH would call randomity. The players and the DM usually have no idea what might be coming next. In the railroad, narrative approach, this level of randomity is greatly reduced if it isn’t eliminated entirely. 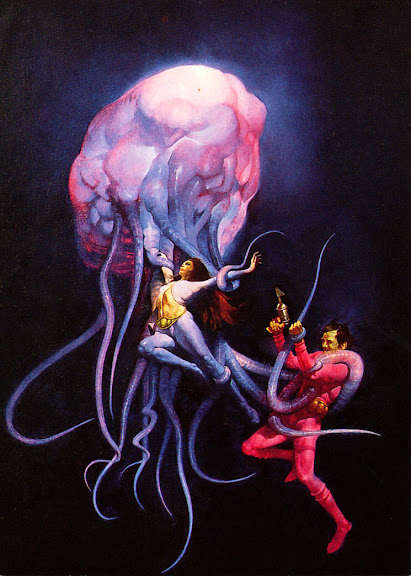 When looking at the variations in gaming styles, we can see that the OSR approach is distinguished by its greater levels of randomity for ALL concerned. The players will experience more randomity – and so will the DMs. Rather than experiencing a pre-planned story, and planning and producing one, both the DM and the players will – in a very basic way – have to submit to fate. Randomly rolled events will crop up again and again. Choices have to be made in reacting to these events – and the collective flow of both the events and the choices themselves – will create a narrative. But it won’t be a pre-conceived one.

In this, the OSR resembles some of the earliest approaches to the game. I recently bought an old Judges Guild journal on Ebay and was shocked to see that most of the issue’s crumbling brown newsprint was taken up with the largest and longest random tables for D&D I had ever seen. There were well over 300 entries in one table. The Judges Guild’s famous Ready Ref Sheets is another collection of these kinds of tables for random generation by dice rolls. The OSR – as it went “back to basics” – updated and greatly refined this kind of advanced random table creation.

Randomity, LRH teaches, is often very dangerous. A crime filled neighborhood, or chaotic war zone, is filled with randomity. A placid suburb is not. One noted feature of the OSR is that players can, and often do, see their characters die. For those unused to this kind of play, the experience is novel. The OSR tends to produce game play that isn’t “safe.” The more unpredictable things are, the more often these character deaths can occur. One of the very key differences between the OSR and other approaches is the acceptance of randomity and of its consequences. The movement of the OSR reminds me of the people who were raised in boring, “nothing ever happens here” ‘burbs deciding to move to the city. They are willing to accept a higher degree of danger in exchange for more excitement and a new sense of adventure. 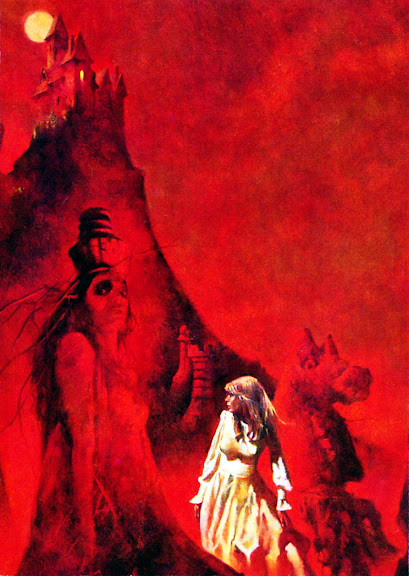 The model for OSR materials and game aides, then, is the “toolkit” for DMs. You get brief, vivid descriptions of the environment, then lots and lots of tables to generate random events and encounters. Zak S.’s Vornheim is the perfect example of this design format. One of his best, and most novel tables gives the DM a way to randomly generate connections between non-player characters (NPCs). That person you just randomly encountered is somehow related to another person you may have encountered in any number of ways. They might be that person’s lover, servant, secret enemy, old family friend, relative, etc. Adding more characters can add more and more randomly generated and inter-related connections. In the end, in a given zone, everyone is somehow related to everyone else – and this is Zak’s way of forging a template for the “Six Degrees of Separation” pattern – and then allowing for its details to emerge in a variety of unexpected ways.

Yesterday, at a local bookstore, I chatted with one of the workers there who – as it happens – is one of my ex-girlfriend’s on again / off again boyfriends. While we were talking, an ex-boss of mine walked into the store and three of us began chatting. We were soon joined by another customer I never met before – his Charisma=4, but it was a science fiction bookstore after all. As the conversation wore on, I started to construct the patter of relationships in a Vornheim manner. The connections between the four of us were not known to all of us, And, I realized later, I myself might not have known all of them either. Life itself is random and we often have no idea what will happen next or how we might be connected to the people we run into. The best game “simulations” should reflect this – and not necessarily for simple veracity’s sake. It’s more fun when it’s random and when these kinds of possibilities open up.

In running a D&D game set in Vornheim I saw my role as the DM shift considerably. Rather than being the “all knowing” authority and a kind of absolute deity behind the scenes, I was just as much in for a surprise as my players. They didn’t know what was going to happen next and neither, always, did I. Instead of dictating “This is what, regardless, will occur next!” I felt myself saying to myself, “Well, let’s see what will happen next and then take it from there.” The great part of this was that I felt like I was “playing” the game too – not just “running” it or “administrating” it. I was taking part in the unexpected and in the excitement the spontaneous results generated.

Many people who DM ironically note that the “don’t play” D&D – because they are always the DM and not the players. The more you go back to the OSR model, the more this kind of “playing along too” becomes possible for the DM.

One response to “D&D And Randomity”