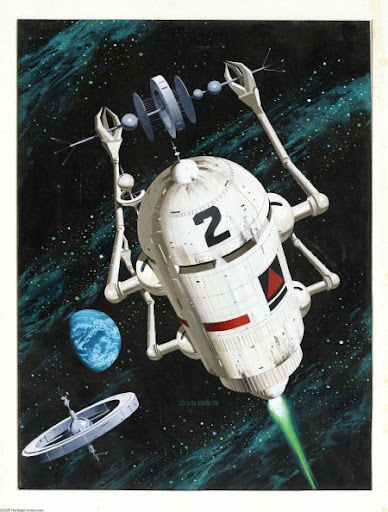 As I poured over the incredible amount of vintage, and not-so-vintage, Traveller stuff I found online, it occurred to me that the game has certain parallels with L.Ron Hubbard’s Scientology teachings. 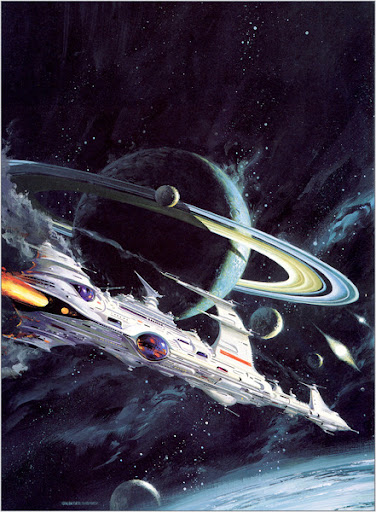 Both Traveller and the CoS teachings are based on huge intergalactic empires that have existed for long periods of time. Using the E-Meter and certain other drills, CoS adherents can trace the history of their own previous incarnations through these various planets and states. As I looked at a map of the “canonical” Traveller universe, and studied the various political boundaries between the empires and smaller states, I was reminded of the “Markabian” empire, as well as the ancient people in Arslychus, Coltice, and the many other systems and worlds LRH talked about. 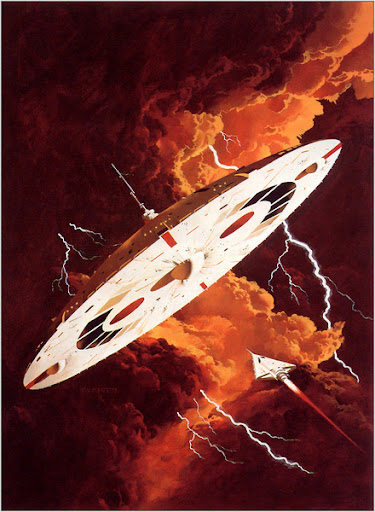 “There was a fantastic space factory with gold animals hanging concentrically from it all around, mainly elephants and zebra, by the necks. These appeared solid but periodically imploded or exploded. There was no gravity even near planets. Inside were four great bronze grinding wheels. During the incident, I look at time both ways as well as seeing it as a kind of circle from outside time. Therefore, it is hard to say whether discs from a case were ground up and made into small animals (which I think was the case) or whether animals were compressed into discs. I think the animals were subsequently inflated after blowing up through a totem and a cat devil and then broadcast (via the outside animals?) to other planets … ”

I wonder if playing Traveller, even the act of designing worlds and space “sectors”, might trigger these ancient memories – dying during a planetary bombardment, being cast out of an airlock into the cold of space, or perishing in a laser shootout or spaceship crash. The “space opera” universe that LRH describes seem pretty brutal too. People are often enslaved and things are very violent. There just isn’t a lot of positivity to be found. The world of Traveller is pretty violent too. Everyone is armed, there are constant space battles, and weaponry and combat is omnipresent. As others have noted, Traveller is distinguished by the fact that characters can die during their creation phase in the game. In other words, they can perish while the players are trying to create them. 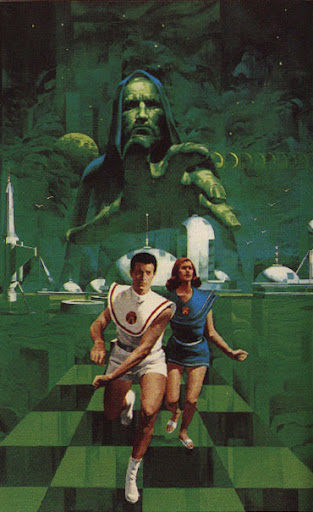 I keep wondering why no one ever recovers good, great, or happy memories in CoS therapies. Ex CoS people have told me that they were amazed at the clarity of their “recovered” memories of being in these space opera adventures, but no one seems to have recounted many lasting, happy, or ennobling experiences during them. Life in these “ancient futures” seemed pretty grim:

“Do you wanna know something about cold blooded brutality and why people here on earth are so completely horribly fixated on ‘let’s be kind and let’s get it organized one way or the other’? It is the utter brutal disregard for beingness which you find throughout the systems. What you have here and consider humanitarian and so forth is a very interestingly built up system. There is a caste system which is exercised in other parts of the solar system which would appall the most viciously minded duke who ever lived here on earth.” 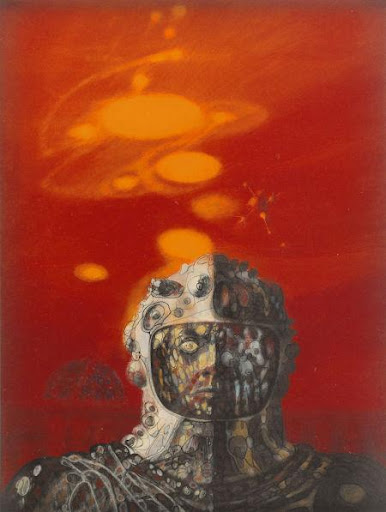 Traveller, interestingly, also features an elaborate caste system – there are feudal roles that play out in many of the scenarios and the Imperium is ruled, in part, by these ancestral aristocracies. The CoS therapies are obsessed with dating the incidents recovered and they have forms in which the activities over trillions of years can be noted and compared. The Traveller fans are also very invested with this kind of dating and it’s not uncommon to come across page after page of their proposed, and contested, time-lines and dates.

At one point LRH teaches us that we were all once powerful enough to create and populate our own universes. Isn’t that what goes on in Traveller? The CoS teaches that this universe, the universe we experience now, is itself a collection of mutually agreed upon results of a game – a game not unlike Traveller. The Church purports to teach people to free themselves, using LRH’s “tech”, from the past effects of the game, and to restore us to our original, creator-like abilities – to be, ideally, as powerful and as “at cause” as anyone designing a Traveller campaign. 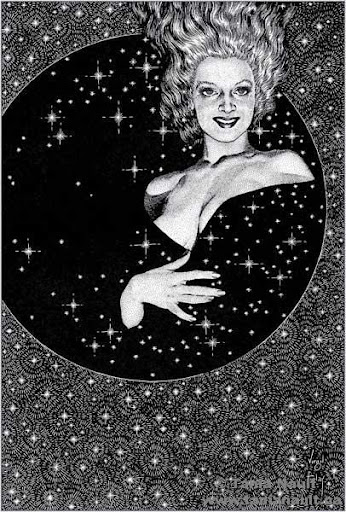 If we accept LRH’s ideas, I’d like to think that my past “science fiction” incarnations weren’t all that awful. Who knows what wonderful people I may have met and what terrific adventures I might have had out there among the vast sea of stars? 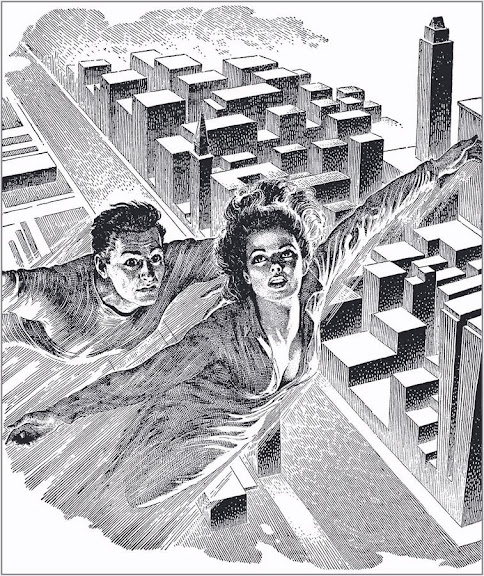 Beyond
The rim of the star-light
My love
Is wand’ring in star-flight
I know
He’ll find in star-clustered reaches
Love,
Strange love a star woman teaches.
I know
His journey ends never
His star trek
Will go on forever.
But tell him
While he wanders his starry sea
Remember, remember me.

One response to “Traveller & The Whole Track”