Isle of the Unknown 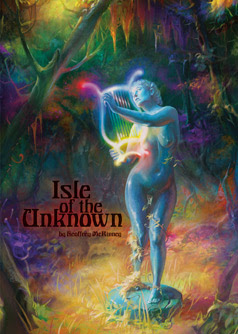 Most fantasy role playing (FRP) games can be assigned to two differing play “styles” or formats. The first is called the “sandbox.” The second is called the “railroad.” Originally, D&D was more geared to “sandbox” style play. Characters were given a large environment with many differing options to explore and engage in. Over time, however, the “railroad” format took over game style and predetermined events, with even pre-made characters, would take place sequentially – thus greatly diminishing the characters’ freedom, initiative, and range of options. 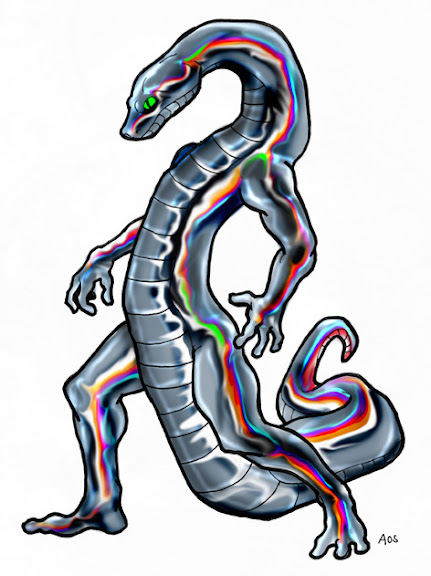 The OSR – as it joyfully shed the game’s later, confining encrustations – has returned to the sandbox format. Isle of the Unknown, by Geoffrey MacKinney, is a classic “sandbox” campaign. There’s no script, no sequence of events, and no pre-imposed plan to explore what’s there. Players can be dropped into any position on the island and can start to move around at will – choosing for themselves what to struggle with or run away from.

If anything, MacKinney’s creation resembles nothing so much as the original Judges Guild “Wilderlands” sandbox campaign. Unlike the earlier materials, MacKinney has provided an encounter possibility, or monster description, for nearly every single hex on his map. No matter where the characters go, they will be sure to find something he has made for them. The classic Judges Guild material, evocative as it often was, did not go to this level of detail.

Following James Raggi’s demand that all monsters be unique, all the creatures the players encounter on the island are strange monsters that have not been described in other books. Each monster has an illustration – so the book also works as a kind of new, OSR “Monster Manual” as well. Cleverly circumnavigating the whole “ascending vs. descending” armor class debate, Mackinney provides an armor description for each creature. It’s up to the DM to then assign that armor to a class. I loved that! 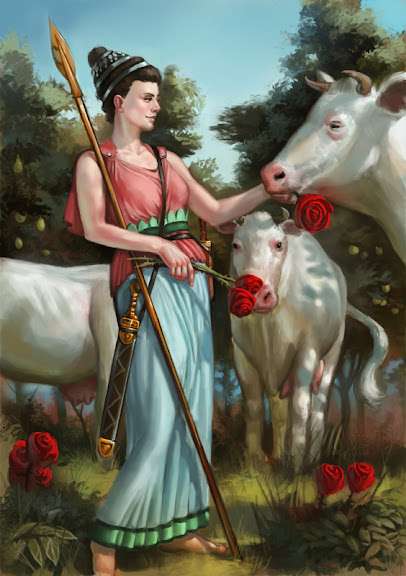 Make no mistake, though, this is a lot of territory. The island, as some have noted, is larger than Ireland. Each hex on the map is huge – 10 miles across, and covering 86 square miles. The “standard” hex – used in the Wilderlands and other campaigns – is 5 miles and roughly 21 square miles across. A DM could choose to use this setting forever – and their players still probably would see only a faction of it. If you wanted to, you could just lift many of the hex descriptions and the monsters and stick them into another setting.

The “Wilderlands” material was wonderful. I have each of the four books open in front of me as I type. But the books are, after all, from the 1970s and slight. This new “sandbox” is an improvement on the original ideas and format and carries it to the next level. For example, some of the best parts of the Wilderlands were the descriptions of little islands the characters could sail to. Rarely more than a scant sentence or two, these descriptions provided ideas and “hooks” that could easily lead to long periods of play. Isle of the Unknown is page after page of the exact same thing – great little ideas and hooks that could blossom into quite a bit if the players are so inclined. In this sense, MacKinney has fulfilled what I see as the OSR’s greatest and most important challenge – to support, expand, and build on the old style of play without going down the same road that led to the sad, ponderous decline of D&D in the first place. If you love the Wilderlands – and I really, really do – then you should appreciate this new product, and on many different levels. 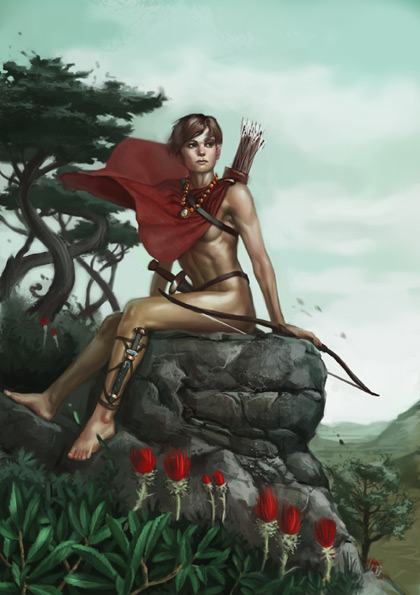 I am afraid that with all the controversy and fuss about Mackinney’s other excellent sandbox, Carcosa, the achievements of Isle of the Unknown will not get the attention they deserve. Is the OSR only about a hopeless, yearning, and static nostalgia for yellowing, crumbling, and outrageously expensive tomes and booklets from the distant past? Or can the movement and the community truly come into its own, emerge from its attachment to what D&D used to be, and contribute major, creative, and lasting pieces to the FRP experience? This book provides the definitive answer.

2 responses to “Isle of the Unknown”