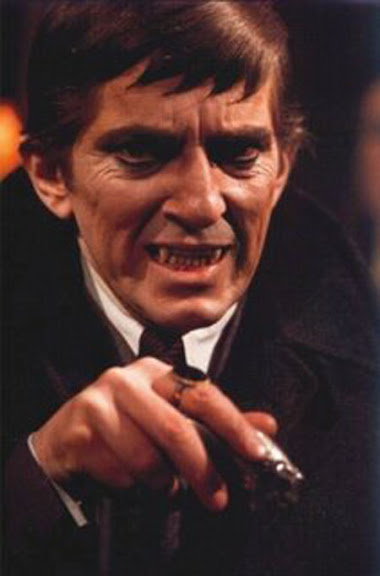 Some of my friends have been complaining about the new Tim Burton adaptation of TV’s classic cult soap opera Dark Shadows. I admit to having a mighty big love for this series myself. I own a slew of the DVDs (though not all of them) and have, over the years, collected some fun memorabilia from the show. I bought and read biographies of the cast members, and have what I deem an admirable collection of autographed pictures of the actors (some personalized). I was not impressed with the trailer for the Burton film, but it didn’t bother me all that much.

“That film has exactly as much power as you give it,” I told my fellow fans. 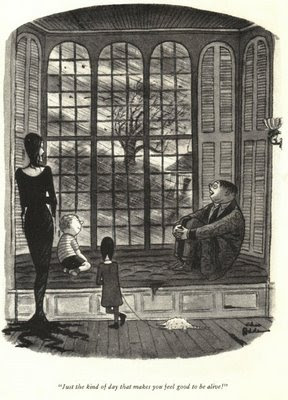 I compared this new atrocity to the films based on The Addams Family. Bad as they were, they in no way, shape, or form sully or impede our current enjoyment of neither the original New Yorker cartoons, nor the B&W 1960s series. I have looked at some charming clips from that show recently and, so firmly established was it in my mind, that I never even thought of the disappointing films. If you do not empower the Burton Dark Shadows mess, it will have no power over you. In other words, feel free to ignore it. If you do, chances are, it will just go away.

I have ignored a ton of films over the last 20+ years. I never saw any of the much-maligned Star Wars prequels, skipped all the Pirates films, missed The Transformers, G.I. Joe, Harry Potter, and gave a pass to a ton more. In that same period of time, however, I did see many terrific films. Movie-going, like any business or human activity, has “opportunity costs” involved with it. When you go out to see, or rent, some crappy film, it means you passed on the opportunity to see a better one. I may have not seen all those awful, empty films… but in the course of not seeing them, I sure saw some good ones. Slip from the noose Hollywood and big advertising is seeking to throw around you and find out what happens.

What does this have to do with the OSR? Pretty much everything. This revealing piece lays bare the catastrophic problems involved with rule bloat and RPG marketing and publishing in general. Here’s the basic fact:

“It stems in part from the dirty little secret of D&D: once you’ve bought the basic rules and a book of monsters, you don’t need anything else. You can play D&D for the rest of your life without ever spending another shekel.”

Think about it. You could have bought that White Box set of three little booklets and the ref sheets that came with it back in 1977… and you never needed to buy anything else again after that. Nothing. Zero.

The OSR people have figured this out. TSR-WOTC-Hasbro-Monsanto-Exxon, whatever it calls itself, can spin and hector and flail around to its soulless, corporate heart’s content… and we can just ignore all of it and keep doing our own thing, just as we always have. Once we have that basic set, we don’t need them any more. And they will have just as much power over us as we give them which, at this point, is nothing.

Winter did clear something up for me. Why couldn’t the publishers sink all the money into just doing more adventures and campaign setting stuff?

“Only DMs buy adventures, and there’s only one DM for every five or six players. Besides, most DMs don’t buy adventures anyway. They just write their own. The chance to flex their imagination and creativity is what drew them to the game in the first place.”

This is why I had all the JG stuff in 1979 and none of my friends did. They weren’t the DM. I was. And, now, I prefer to write my own stuff… just like this piece acknowledges. The more creative we are, the more we hurt the bad business model. It’s really just that simple.

What Winter describes also happened to the Church of Scientology. Dianetics, the first book LRH published on this subject, was sold as a complete system in and of itself. Later, in order to make more money, he had to keep adding and adding to it – sequels, lectures, training schemes and diplomas, etc. until the system became bloated and almost unworkable. Nevertheless, there were (and perhaps still are) those who never seemed to need anything more. They just kept using the basic book and ignored the hoopla that followed. You can do the same thing, in D&D terms, with just the White Box.

To me, the OSR represents part of the ongoing smart reaction to the creative exhaustion of mainstream, corporate culture. It’s the old fashioned “do it yourself” approach that refuses to be cowed by brain dead commercialism and the increasingly shrill entreaties of soulless advertising. That stuff simply will not work on everyone. It won’t work on the people in the OSR. We know better. We know the secret. We know we don’t have to give anything any power it hasn’t earned. The people writing material for the OSR aren’t seeking to become magnates. Selling their stuff on Lulu is just fine for them. The amateurs, in the end, will conquer the professionals.