William, one of my friends over on Facebook, bravely lamented the way many of the adults he encounters now have become avid readers of YA (“Young Adult”) fiction. “We should aspire to be too old for young adult fiction. Otherwise, it may be a sign that we have failed to commit to the truths of our lives,” he wrote.

Naturally, this suggestion (or reproof) elicited a number of outraged replies… 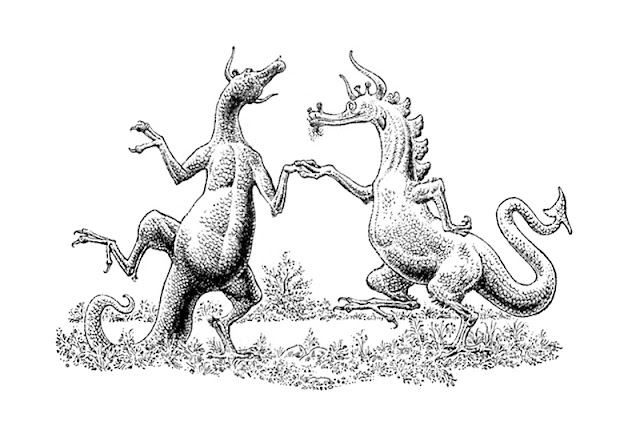 In response to the indignant Harry Potter fans, William suggested:

“There are a collection of elements which mark a literature made for people who still haven’t really assumed the mantle of adulthood. A way of looking at the future, a precocious grandiosity of scope, a confusion of the melodramatic with the tragic – and the age of the protagonists are usually good giveaways. As someone whose adolescence was, and perhaps is, as extended as anyone’s, I’m not judging. I think this is really a cultural problem, not an individual one.”

(At this point, I asked why it couldn’t be BOTH a cultural problem and an individual one… This snarky comment was wisely brushed aside.)

One of William’s readers questioned whether or not this criticism was meaningful, given the other problems our culture currently faces. William insisted that his criticism was germane and intimately linked to those very pressing concerns: “What kind of subject is capable of democratic self-governance? Or can see beyond their own conditions into the conditions which sustain it?” he asked. 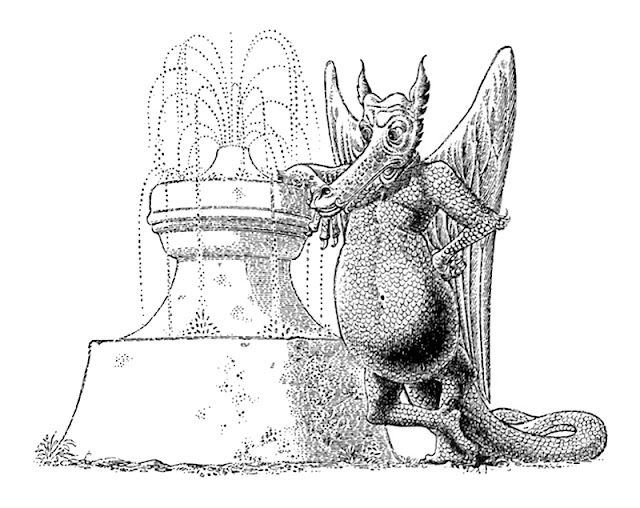 To those defending their Harry Potter (HP) fixation he responded:

“Did HP reveal to you something, or bring something into focus, that had remained elusive? Or was it largely a reassuring and charming foray into a fantastic world, dominated by youth? Surely, there are other works that deal with the themes of our lives in ways more relevant to where we are now. I still think of the novel as being about interiority – they’re made of language as we live it, made of the stuff we think in. I just read some Maria Vargas Llosa (whose politics I don’t like, by the way) and recognized inner lives etched out by the elements of a world I still struggle to know. That’s not the job of YA lit.”

As the fury intensified William noted: “I don’t hold anything against YA fiction for being what it is. I’m asking those of us who aren’t YAs anymore to cultivate ourselves to respond to things that YA fiction can’t provide.”

He concluded by posting:

“I think those of you are responding defensively might want to re-read my post: it isn’t an attack on YA, but an observation that, if we’re of a certain age, it should feel inadequate to us. For the very reasons that it is effective for the young. The ‘truths’ of someone in their teens and twenties aren’t, I hope, the same as those in their 30s, 40s, and older. There may be much to enjoy in work deigned for those younger, but I hope that we would cultivate itches that they just can’t scratch.” 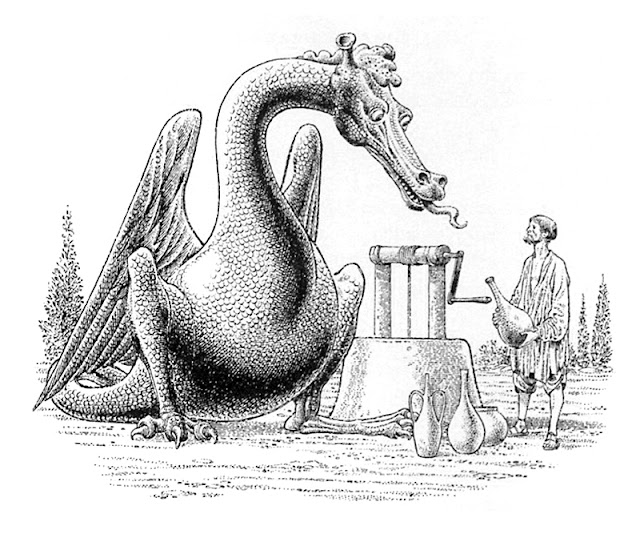 This discussion reminded me of some of the people I know who are obsessed with YA books. They often frustrate me with their inability, or unwillingness to try to get beyond the simplistic themes present in these novels. Any discussion of any adult subject, usually involving paradox or ambiguity, goes right by them. Like the people reading William’s thread and attacking his points, they appear to angrily resent the idea they should want more that what are in these YA books. And, just as he pointed out, their political positions are usually just as weak.

When I was in High School, one of my friends (also a D&D player) had a “foster sister” who was a handicapped young woman in her early 20s. His parents were forever “taking in strays” like this and she lived for awhile in their home. Joanne was obviously troubled, and I immediately noticed that she was obsessed with YA novels. She read them as seriously and as intently as we, at that point, were reading adult literature. Joanne seemed oblivious to the fact that these books she was so engrossed in were written for teenagers. But as she was so messed up that I shrugged it off. YA books were, obviously, the best that Joanne – beset by immaturity and other difficulties – could do. 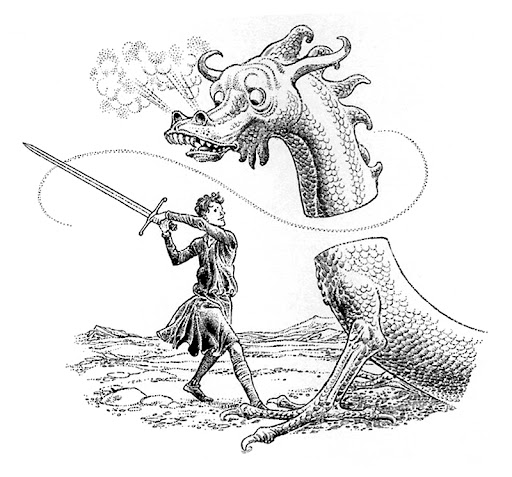 What does it say about us, however, when an entire adult section of the population feels the need to make the same kind of choices she once did? This, to me, is a symptom of America’s decline and the “Decline of the West” in general. Perhaps we, as a society, aren’t producing enough “adult subjects” any longer. That fact, if true, must have serious and sobering ramifications.

I had reason to consider this problem again as I turned my attention to some TSR campaign materials people were discussing in another forum. As I skipped out on every D&D thing that came after the 1E DMG, these products were unfamiliar to me. As I reviewed the Dark Sun stuff and Planescape, I swiftly became repelled at the condescending, somewhat smarmy tone the authors used. If anything, these materials reminded me of nothing so much as simplistic YA fiction. People can complain all they want to about the dense quality of Gygax’s prose in the DMG but whatever its many flaws, it wasn’t written for barely literate Junior High kids – as this stuff plainly was. I came to reject both sets of materials because I felt like they were “talking down to me.” I think I would have felt the same way when I was a kid. 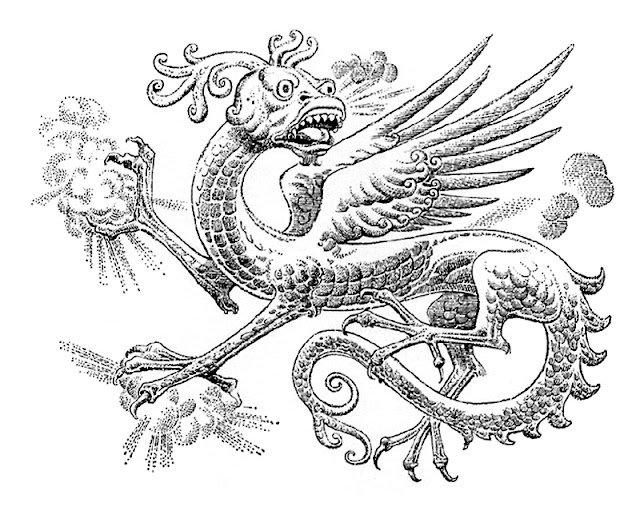 Even when some of the art was decent, I still felt disappointed at the lack of complexity. I liked some of the maps, until I noticed how little was really there. They were maps made for kids. The typeface itself was bigger than I needed, the “fluff” seemed utterly lacking in nuance, and everything was painted in the broadest possible brush. This was, I realized, “YA D&D.”

Now it may be a stretch, but one of the things I have noted before about the OSR is that it harkens back to the time when the game makers were not assuming that they were writing for kids. Instead, they were writing for themselves and for other adults. Therefore, the whole overly simplified, dumbed down, and cloying, cutesy, saccharine prose – sorry, Monty – just wasn’t present. My response to this 2nd edition TSR stuff is the same as my friend’s response to the YA fans: “Shouldn’t you aspire to more than this?” 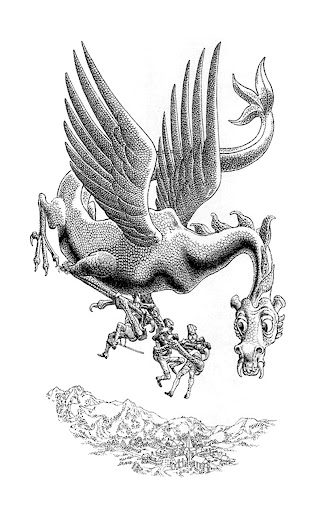 Is, then, the OSR itself a way around the “YAing” of D&D? Is it a way back beyond the point when the game and the game’s culture began to degenerate? Does it include an implicit option to a return to a more grown-up gaming approach – when kids were not automatically expected to be the ones playing D&D? I strongly suspect that vehemence that one sometimes sees crop up in the OSR has to do with a slow-boil reaction to the way the game has, in ways, been bowdlerized and simplified for an audience, more exactly a market, of kids and teens.

What if D&D hadn’t gone that way? What if, instead, the game had stayed an adult thing rather than a kid thing? I can’t help but think that that is one of the questions those involved in the OSR are working to understand. The OSR has often been characterized as a way to go back and look at the pathways that were not explored and investigate the options that were not seized upon. The original Judges Guild material clearly wasn’t written for kids. Neither was the earliest TSR stuff. As we revisit the earliest and most primordial D&D materials, and escape the way the hobby became something for either kids (or the stunted kinds of adults who uncritically long for nothing but “teen book” fare), can some of us, then, at least agree that we are tired of the YA approach to D&D? What do we gain when we can criticize it reject it?