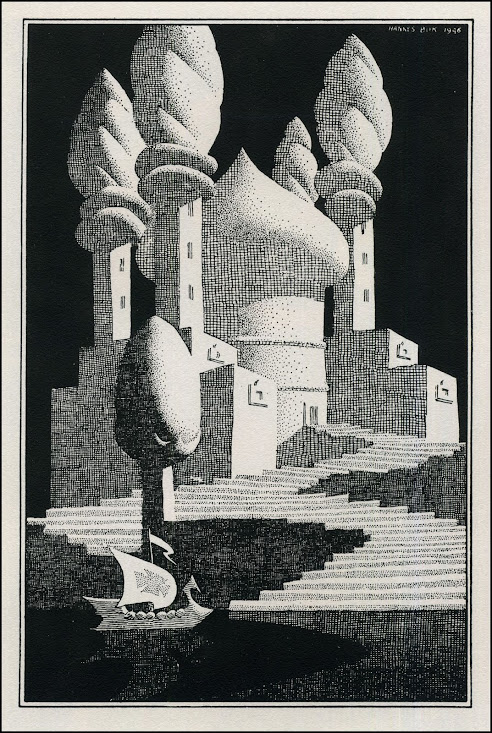 No one can deny the influence of fantasy literature on OD&D. But fantasy artists? That gets trickier. 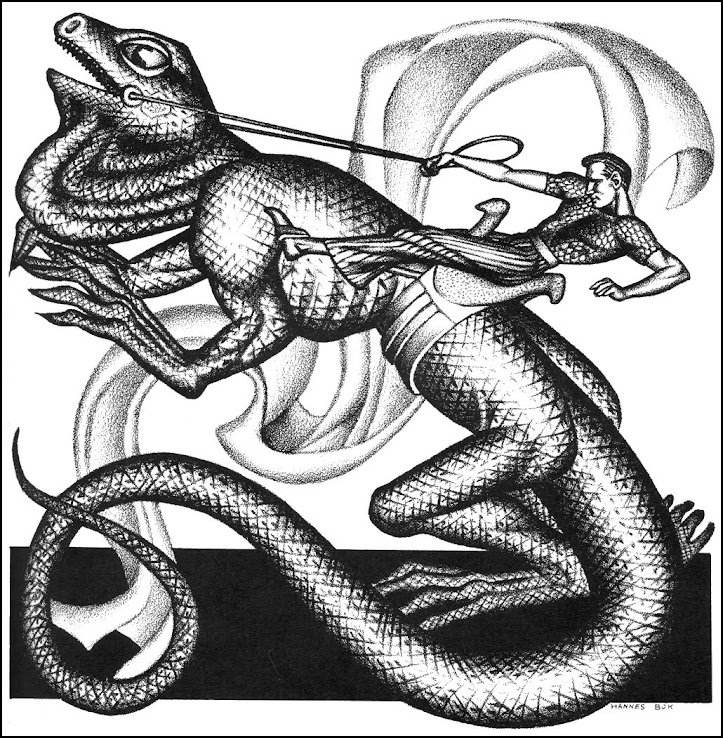 I thought about this as I went through my copy of the recently issued, and perfectly sumptuous, collection Hannes Bok: A Life In Illustration. 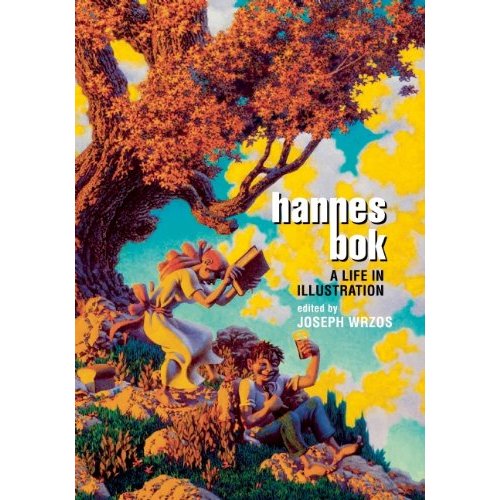 I started seeing Bok’s work when I collected books that featured the work of pulp artists back in the ’70s. When eBay started, I bought older portfolios and books that his admirers had complied. People often talk about the importance of the writers that emerged from these magazines, but the artists that illustrated their stories get less attention. This, especially in Bok’s case, is unfortunate. His work seeped into my brain and informed the dreams I had for D&D when I started playing it. If I could choose any artist to illustrate my campaign, it would be Bok. 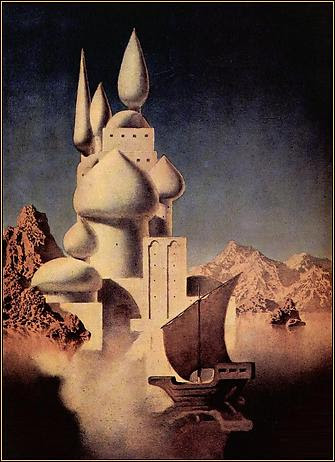 Just look at that. Does it get any better than that? No. No it does not. 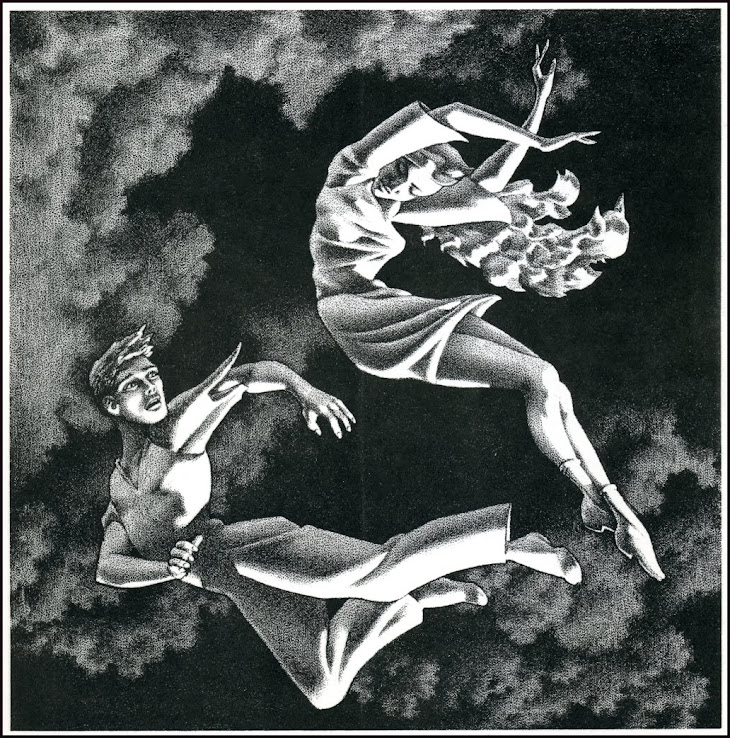 For me, Bok has all the skills and abilities that the “post D&D” artists tend to lack. Classically inspired, he was influenced by people like Maxfield Parish – rather than by Frank Frazetta. This is not meant as a shot at Frazetta, as we are all in his debt. But just as the OSR goes back to pre-D&D authors, I suspect that a return to pre-D&D artists is also an essential opportunity. 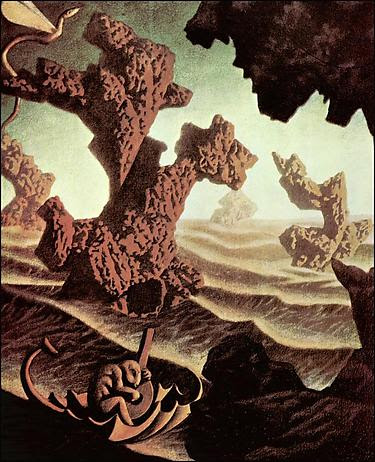 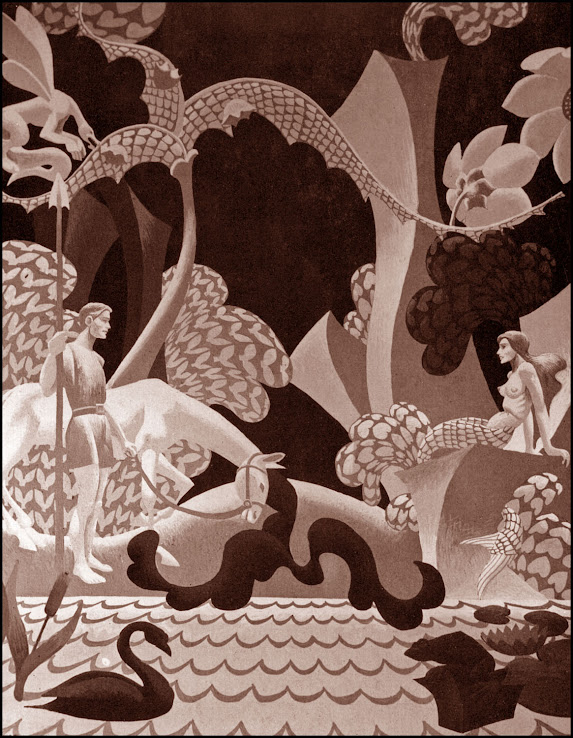 His rounded forms, and twisted sense of composition – as brilliant as it is unique – always fascinates and delights me. 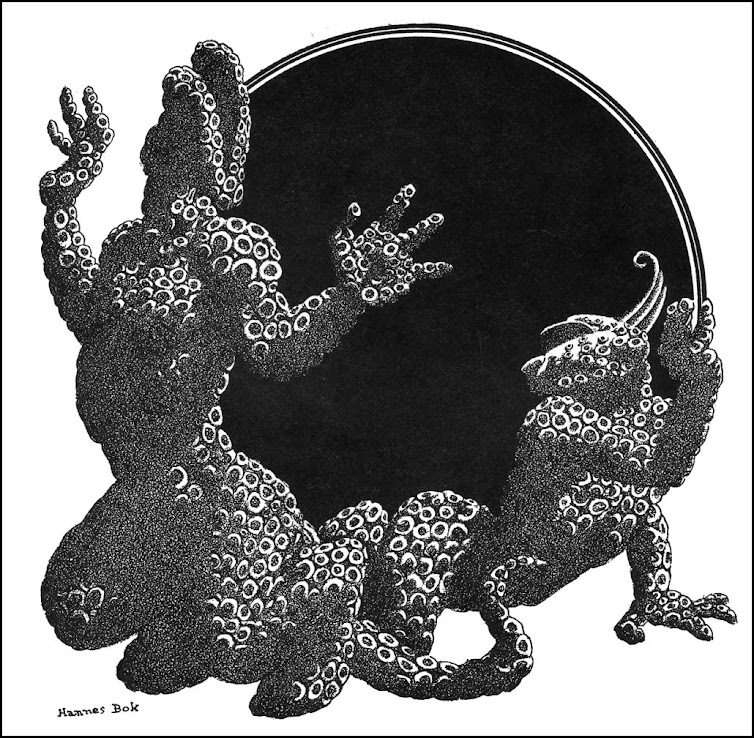 When I look at my maps and try to imagine the creatures and the terrain, these are the images I want to use to help me describe it all to the players. 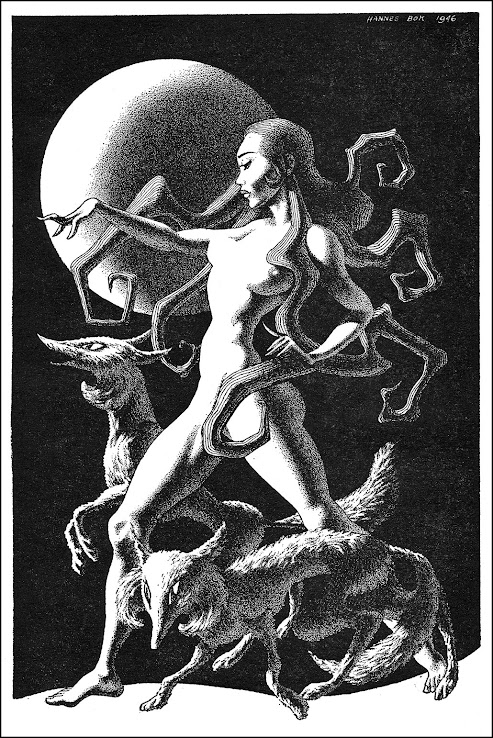 Ideally, if anyone asked one of my players what my campaign was like, I’d want them to answer with: “Like something that could have been painted by Hannes Bok.” 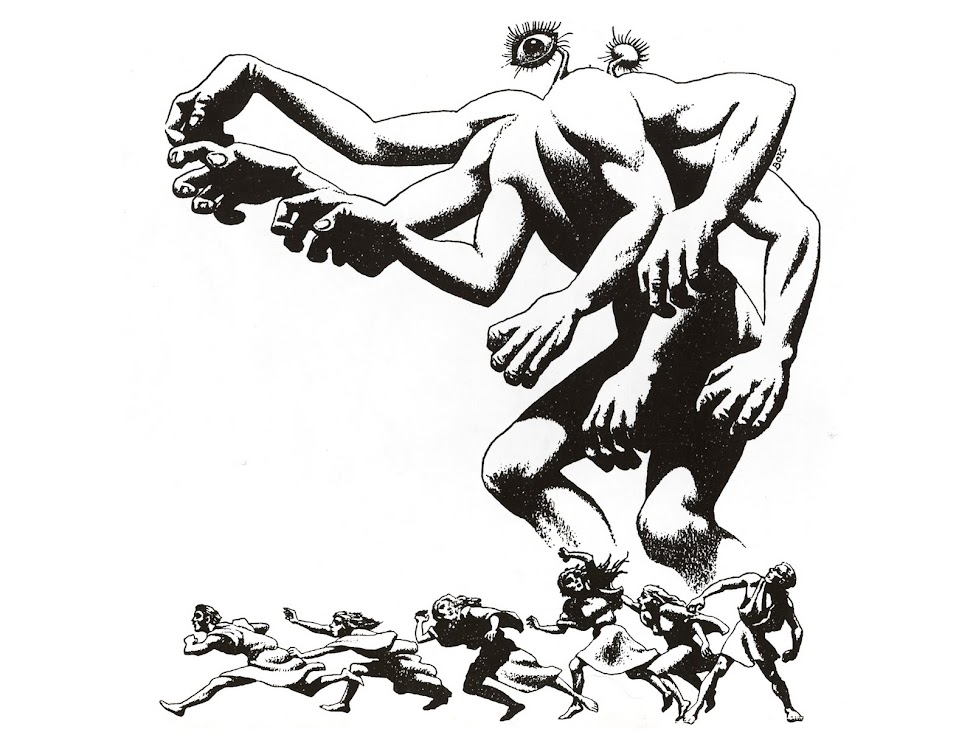