In Search Of Unknown Gods… 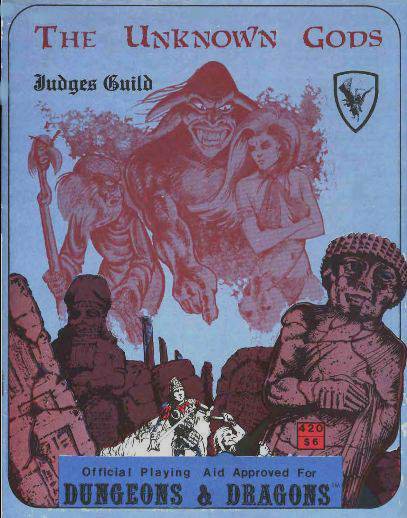 I always admired how the Judges Guild people used the material in Gods, Demigiods, and Heroes – the 4th OD&D supplement – in their supplements. In the CSIO, for example, some of the gods listed are formally worshiped in the city’s temples and other happen to be hiding out, incognito, in the city itself, mixing it up with the rest the colorful denizens on the streets and shops of that fantasy metropolis. 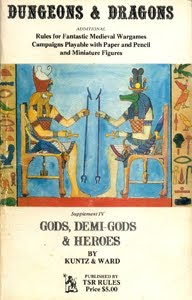 I readily admit, when I was a kid playing D&D, we had no idea how to use any of the ideas in the fourth booklet. For us, it was totally useless. I admired the work that went into it, but that’s as far as it went. Our characters never got to the point at which they might have the necessary strength, and enchanted equipment, to take on any of those deities in actual combat, and the idea of introducing them into the game, to interact with more lowly players, never occurred to us. 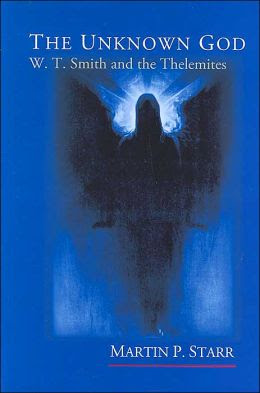 When it comes to introducing deities into a campaign, The Judges Guild’s Unknown Gods supplement has gotten surprisingly positive reviews from the OSR crowd. I have been going through this book myself, reading about, the different gods offered and have been impressed myself. Each god gets an illustration, a little stat block, a symbol, and some description – as well as a fairly distinctive random “mood” or disposition generator. This latter feature was what I found most impressive. Say the characters encounter one of these gods – what kind of mood is it in and how does it react to them? The DM could develop a “back story” on just why the god was feeling just that way – which could lead into a game hook or an adventure. Note: just because the players might share the deities alignment is no guarantee that they are going to get help. 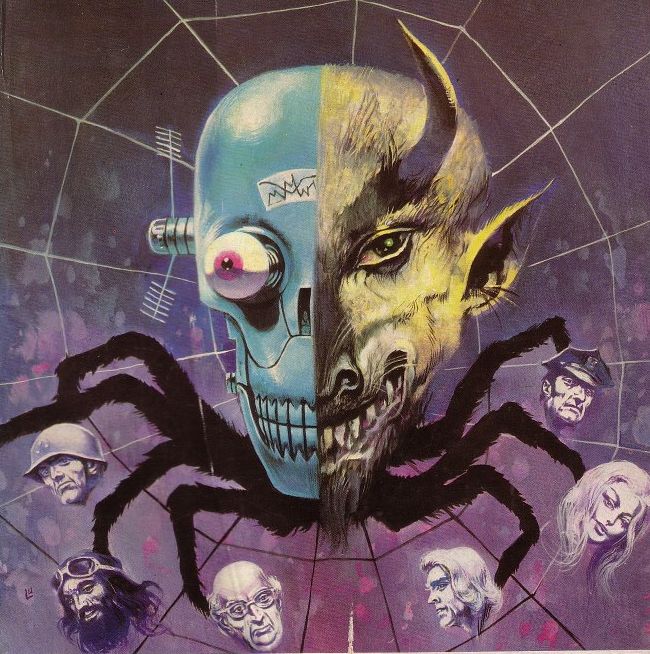 Some have objected to the ways that gods are treated in D&D, period. They don’t like the idea of the deities being super-charged player characters or, alternatively, just really powerful monsters for the players to fight. I get that. I also see how including the gods became necessary when “Monty Haul” DMs gave away so much treasure and experience point that gods were the only thing powerful enough to throw at their players. Yet, at the same time, it is undeniable that many mythologies have featured certain gods that have shown a marked propensity for interactions with human beings – even for very intimate encounters with them. I want my campaign to naturally include these kinds of mysterious “visitations.”

The nature of the “unknown gods” – what makes them “unknown” in the first place – has to be looked at. Players are usually familiar with the names, attributes, and personalities of deities that belong to conventional and established mythologies. Encountering these figures leaves less room for surprise, or shock and awe, for that natter. Importing gods and pantheons from well known fantasy literature is no different. But this Judges Guild collection features truly “unknown gods” that – in all likelihood – the players have never heard about and know nothing about. Each encounter with them is going to be fresh and different. 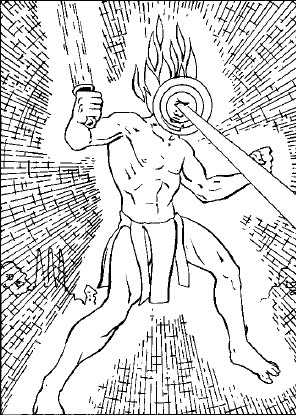 OSR types don’t need to be told to see these descriptions as merely suggestive. If you like one of the gods the book provides, use it. If you don’t – skip it or change it. There is quite a bit of variety here – not just through the alignments (they are using the 1E system), but also through shapes, styles, and characteristics. The book covers 83 different gods in total. Some seem traditional, some seem more “gonzo.” A number were, for me, reminiscent of ’70s-era “cosmic” Marvel Comics – gods that writer and artist Jim Starlin might have conceived. Other gods appear to have stepped out of some forgotten, surreal animated TV special – perhaps a adaptation of an obscure, didactic, and counter culturally infused hippie children’s book. I would never want to exclude either aspect from my campaign – there’s a place for Thanos and a place for the figures from The Phantom Tollbooth.

2 responses to “In Search Of Unknown Gods…”