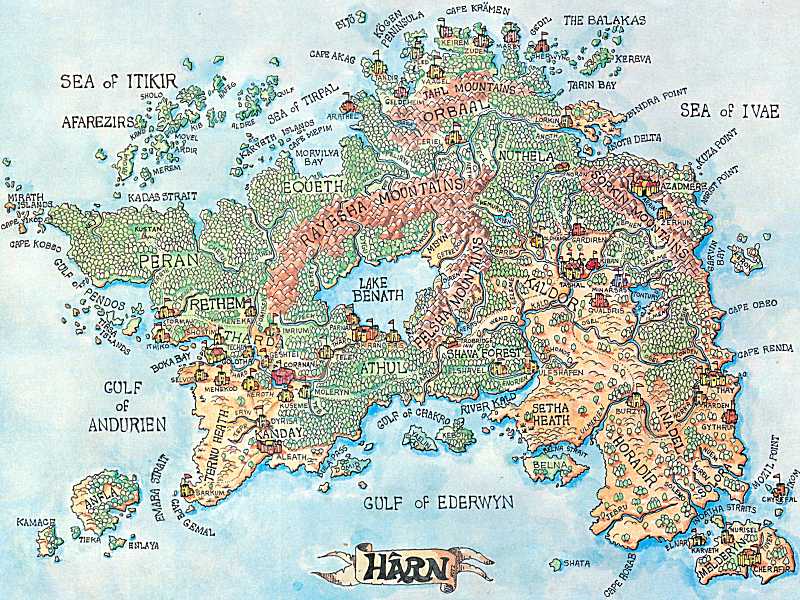 I’m actually one of the people who bought  The World Book of Khaas, Legendary Lands of Arduin – the enormous Arduin supplement, notorious for its total lack of stats and mechanics. I had thought that it was the ultimate in the kind of “D&D supplement as produced by frustrated novelist” product.

Then I encountered the Harn materials. 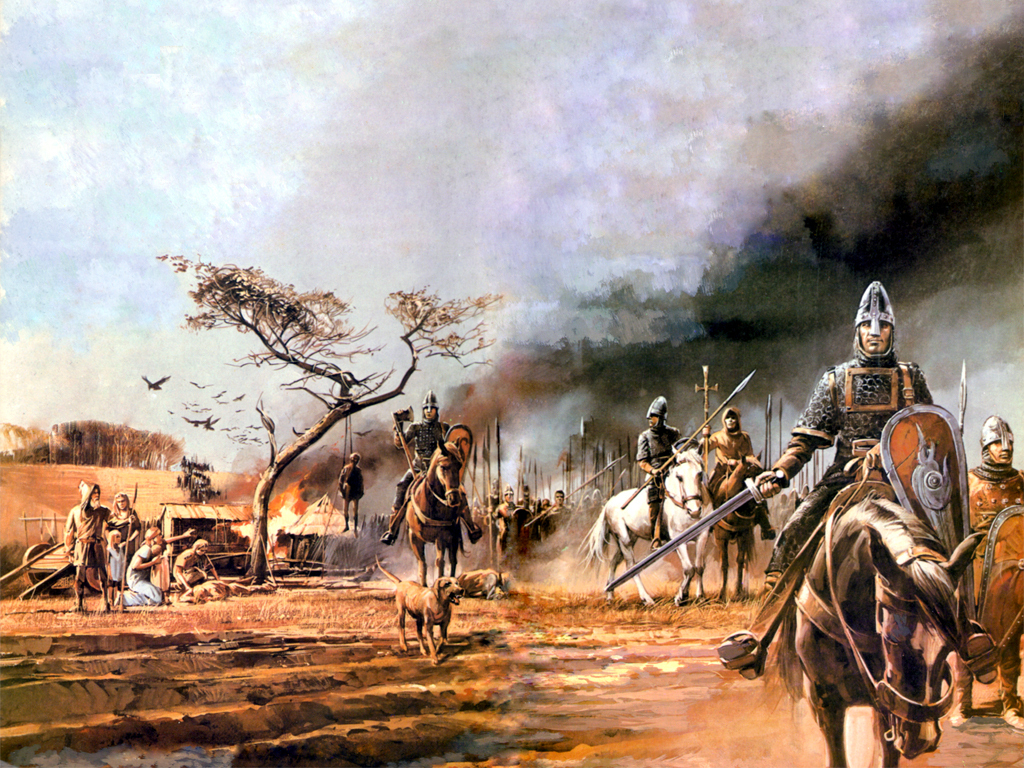 Harn started as a kind of generic fantasy supplement – a campaign world – in 1983. It has since grown by leaps and bounds, over the last thirty years, into own distinct kind of total imaginary environment. The creator of this world (or worlds) was N. Robin Crossby. He had a falling out with his publisher and, rather than suing each other out of existence (as is so often the case in these struggles), both continued to produce materials for the set up. Crossby died in 2008, but his collaborators are still going at it. Harn is itself only a very large island off the coast of the planet Kèthîra’s main continent. It appears that the Crossby people are contenting themselves with the lands not on Harn, whereas the original publisher, Columbia Games, is working solely on the original Harn location. 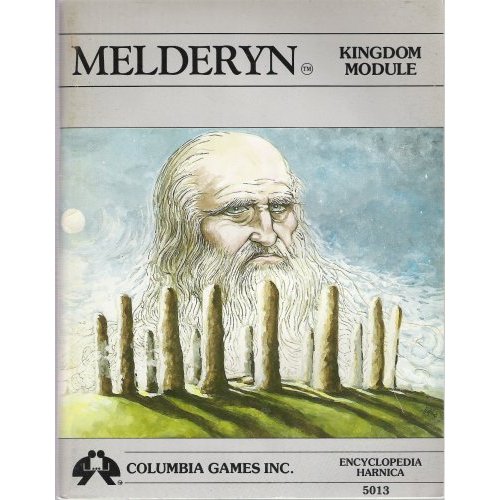 I hesitated to write about Harn here – only because the more I read of the materials made for it, the more I see there is for me to read. Not only is there thirty years of this stuff, but there’s also a large and prolific fan community producing its own work – and the quality of the fan stuff is surprisingly high. How can any blog post, or quick review, do so much any justice?

Nevertheless, I do have a few cursory observations. First, Harn appears to me to be a kind of “furthest point” reached by D&D – collectively speaking. If the original game presented the idea of world creation, with ever more sweep and detail, Harn is the current “winner” for fulfilling that promise. When I first started playing the game, I hoped to “make a complete world” – one which was detailed, real, and as total as possible. As it stands now, I can look over the Harn materials and say to myself, “Yes, this was what I had in mind.” 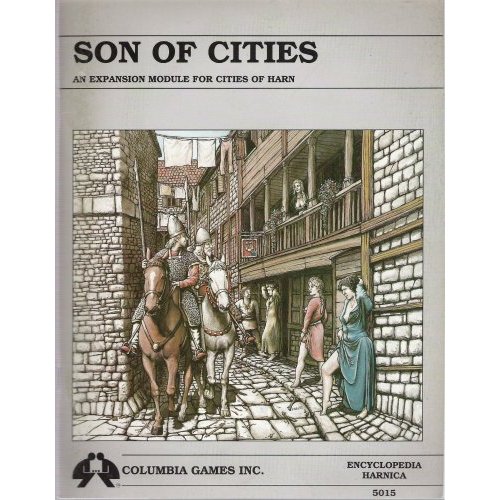 Second, due to its staggering amount of detail and descriptions of environmental data and sociology, Harn looks like the ultimate fulfillment of what has become to be called “Gygaxian realism.” Tidal charts are part of Harn, also detailed weather tables – even plate tectonics for the various continents. While Harn has its own game system – called “Harnmaster” – its materials can be easily be used in other systems. As I looked through the materials I gathered, I kept thinking about 1e, or first edition AD&D. One blogger utilizing the Harn materials developed what they have called “Osric-Harn.” This combination makes complete sense to me, since Osric is the popular “clone” version of 1e. It’s a natural fit. If Chivalry & Sorcery aspired to present a realistic medieval environment, then the Harn stuff is the real expression of that dream.

Third, despite its emphasis on detail and “realism” I have some questions about the “realistic” aspects of the Harn environment. While there are fewer monsters and supernatural creatures in Harn than there are in nearly all FRPs, the people in this world do have a real orc problem. Different species of orcs get up to all kinds of shenanigans. I can’t help but think that if the Harn kingdoms could build sophisticated walled cities, they could also unite to exterminate all the orcs. That should have been priority number one. Look at what happened to the picts in the UK. I also wonder if the arable land/population ratios work. There are plenty of barbarian tribes wandering around, plus numerous competing small kingdoms. Can they really feed all of these people, have a sustainable (albeit medieval) infra-structure, and have that much wilderness and chaos – all at once? On the other hand, the Harn writers and illustrators seem really invested in orchards – and they do a great job of describing and illustrating the orchards of Harn on their maps. 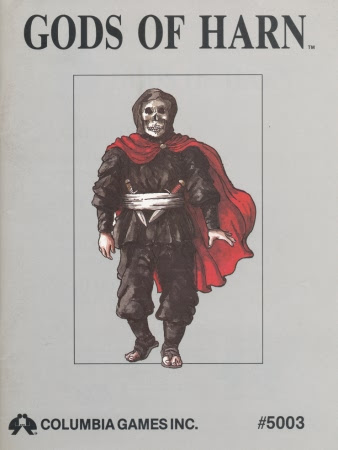 Fourth, the religious life of the Harn people – and its psychological dimensions and impact – is startlingly well detailed. Crossby’s The Gods of Harn is nothing short of an FRP masterpiece – right up there on the same level as M.A.R. Barker’s Book of Ebon Bindings. The follow up editions, with even more elaborations, are just as good – if not better. Any GM could profitably spend quite a bit of time just studying the religious systems of Harn. There are ten major gods, with cults and orders attached to them, with rituals, myths, and theologies for each. The gods also have a relationship to the socioeconomic life of the people – as well as to their political struggles. Again, I wonder about how the human tendency to monotheism is resisted here. Could a place like Harn really accommodate all these different and competing cults? Or would human nature start to force people to coalesce around one dominant system? In other words, could you have a fairly advanced medieval world with this level of competitive polytheism? I kind of doubt it. 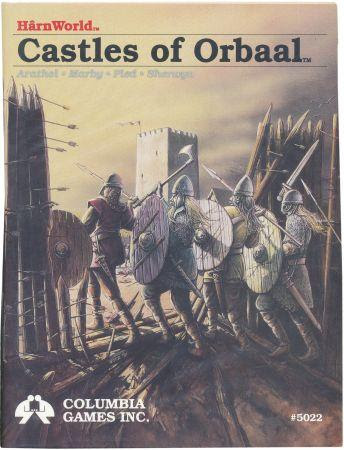 Why should anyone read the Harn materials? I think a lot of it can be easily appropriated and used in other settings. The descriptions of castles and cities and inns – in particular – can be picked up and dropped into other campaigns fairly easily. A good GM will also get ideas about how to use NPCs and other aspects of the materials in their own games. I think their approach to monsters, for example, can be used in a regular game – even one with a lot less detail – fairly well. Also, a GM with a real, sustained campaign would be doing themselves a disservice of they didn’t read the Harn religious materials. They are just too good and well thought out to skip.

Some have suspected that there are plenty of people out there who do not actually play FRPs themselves, but simply collect and read the materials made for them as a kind of entertainment. Over the years, I’ve met people who confessed to me that, when they were kids and teens, they read all the D&D materials they could find, but never played the game with anyone else – either because they couldn’t find anyone else to play it with, or because they were too socially stunted to do anything else but simply read. How sad is that? I have to suspect that many, of not most of the Harn fans might fall into this “just reading it” category. On the other hand, I could be wrong and there might be a lot of people out there playing in this world every week. They might be so busy trying to manage it all that they might not have time to do much else. 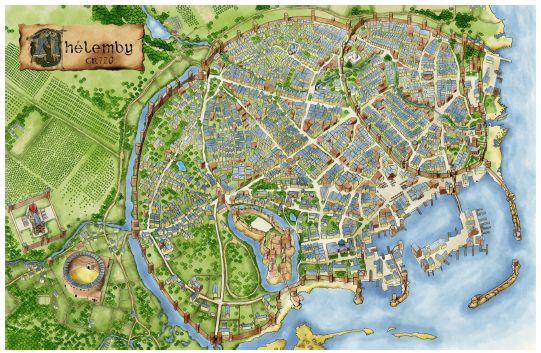 When I started playing D&D again, I had one of my players do their character generation in a large, fairly advanced medieval-style city, then promptly dropped, or pushed, the character into the desolate wilderness of the original Outdoor Survival map. As I think back on it, the city they started in might well have been one in… Harn.

It’s what I had in mind.