A Picture Is Worth…? 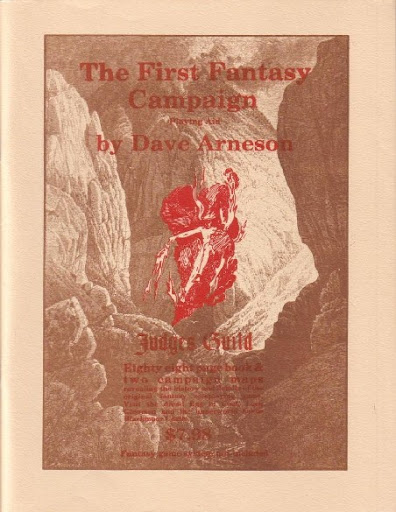 After having read through Dave Arneson ‘s now classic 1977 Judges Guild book The First Fantasy Campaign I felt that if there was some simple way to arrive at a deeper understanding of it, I needed to show a picture. 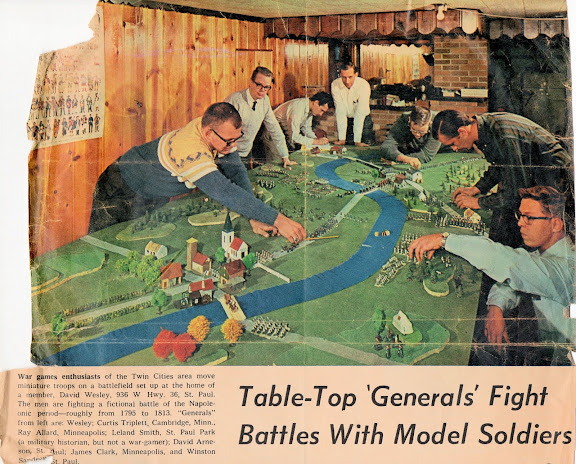 This picture, of Arneson  and his friends playing Napoleonic war games, is the best way to grasp what’s going on in the FFC. It’s not just the glasses and the haircuts – though they certainly help. It’s seeing the way these kinds of miniatures games morphed into the “campaign” that became D&D. Every time you come to some point of confusion and mystification in the text, go back and look at the picture. Then it will all make sense.

For me, the FFC‘s most notable feature is the intensity of activity in it. Arneson made a real effort to keep all the plates spinning in the air all the time. Armies were moving, forces were gathering, building was being done everywhere in the campaign. Most campaigns now seem calm and almost static in comparison – and my own is no exception. I marveled at the way the terrain described seemed so, well, lively. If anything, Blackmoor and the rest of the environs looked like a endless frantic mass of activity.

Another part of the book describes the campaign’s villains or bad guys. The infamous “Egg of Coot” reminded me of the “Supremor” from Marvel Comics – the “supreme intelligence” of the Kree space empire: 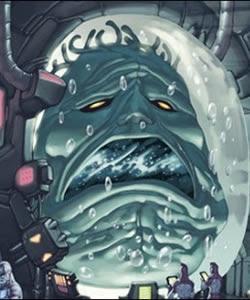 Many of the “super villains” of the FFC seem like they were, or easily could have been, taken directly from comic books. I enjoyed this aspect of the “campaign” far more than I thought I might and considered adding these kinds of malevolent, but reasonably complex, personalities to my own game.

Throughout the FFC, I kept getting the idea that the players used the game to do what they wanted to do – to set up battles and simulations that each enjoyed or wished to pursue. In other words, they didn’t make their play conform to the rules – they made up rules to facilitate the kind of game they wanted to play. This kind of creative direction, of making the rules serve the game and not forcing the game to serve the rules, is of the utmost importance to the OSR and it’s what happens when you have innovators, rather than mere helpless consumers, at the helm. Arneson, as the games co-creator, obviously felt empowered to do whatever he wanted to to – to try whatever he wanted to try. Kids buying his game, and even adults coming later, wouldn’t necessarily feel that same sense of freedom. That’s what we have to get back to – and that’s one of the most important lessons I came away from studying the FFC with.

I suspect that if I had read this material closely as a teen, I would have been surprised by, and annoyed with, the goofy and wacky elements on display in the FFC. Without realizing it, and probably influenced – if not governed by – the dictates of my literary tastes at the time, I was more inclined to support “Gygaxian realism” – even if that isn’t what I would have called it, or even recognized it as such. Without realizing it, that’s what I aspired to and that’s what I imagined as the D&D ideal. I would have thought the DMG was vastly superior to the FFC. Now, obviously, I’m not so sure. Like David Hargrave’s work, Arneson’s approach seems to me to be less about achieving some kind of deep realism and more about, you know, having fun. Paradoxically, as I get older, I get less censorious of what might have seemed to me then as childish or “unrealistic” elements. When I played D&D as a teen in JHS, I wanted D&D to be “real” and be something more “adult.” Now, as an adult, I’m more willing to loosen up in order to just have fun.

5 responses to “A Picture Is Worth…?”