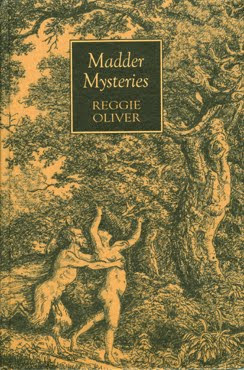 “Sometimes it feels like one is watching a variety of blindingly beautiful, yet, corrupted blossoms appearing one by one – like little miracles – upon the limbs of a black and contorted tree.”

I recently had the great good fortune to read some original issues of Weird Tales magazine from the late 1930s. Both HPL and REH had just passed away and the letter columns were full of condolences and the readers’ memories of these two great, and profoundly influential, authors. As I went through the readers’ letters, it occurred to me to consider just how small the WT fan base was at the time. Many letters actually came from the magazine’s own regular writers. No matter how important HPL and REH, as well as other writers and artists publishing in this justly famous magazine may seem to us now, the vast majority of the reading public had no idea who they were.

Clark Ashton Smith saw what was coming. He once told HPL that the bestselling authors of their time would soon be forgotten, but that in fifty to a hundred years in the future, people would still be reading his work and his friend’s stories. What amazing prescience! 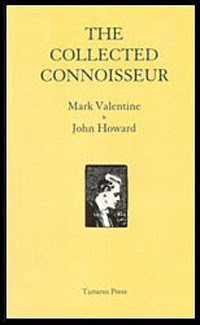 “Nature is wont to hide herself.”

This made me ask myself, who are the versions of these writers now? I think many people, especially those invested in fantasy writing, might think they were on top of this question and could point out who the great writers of our time were. But I sometimes think that, as in the 1930s, the best people tend to fly under the radar of most of the public – and even the attention and interest of other writers.

Some of my favorite writers of weird fiction now, for example, remain unknown even to some of the other horror writers I know. My roommate from college, whenever I chat with him about who I’m reading, seems oblivious to people like Mark Valentine and Reggie Oliver. He may have vaguely heard of them, but it’s not like he’s trying to read everything they’ve written, or sees them as the new versions of HPL and CAS. Even better known authors – like Thomas Ligotti – don’t appear to be on his radar in the same way they are on mine. I can’t help but see this ignorance as being like that of most people back in the 1930s. How many people back then were invested enough to track down, say, CAS’s small poetry collections? A tiny, tiny number.

I certainly do expect that people will be reading writers like Reggie Oliver and Mark Valentine fifty years from now. And I am sure the people reading them will wonder why more people, now, weren’t paying attention to them and didn’t know who they were. In fact, I think writers like this are, in many ways, just like the Weird Tales authors of the past. Their obscurity is, in this sad age, a measure of their excellence, talent, and inherent importance.

I suppose people assume that if they were living back in the 30s, that they would have been Weird Tales readers and have been up on all this stuff. But where is the evidence of that kind of application in the present? How many of us are willing to break out of the boxes and frames provided for us by the mass media and go off the beaten path? The promise of the Internet was that it would free us from the domination of the major media and allow a hundred flowers to bloom. Instead, I see people less and less willing to explore “strange new worlds.” The more choices that are offered to them online, the more they seem content to go where everyone else is going. 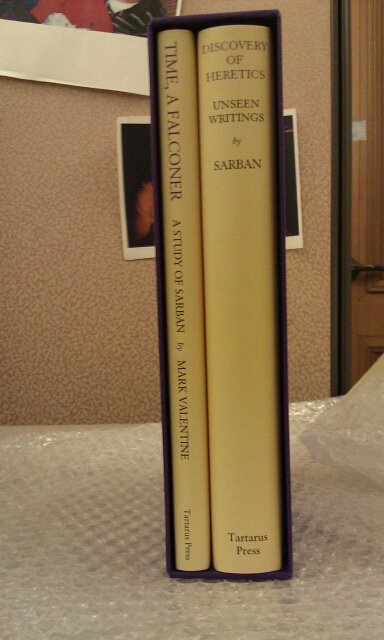 One of my favorite strange authors is Sarban. Some of his work is so good you cannot believe it even exists. Yesterday, I finally got a box set which features previously unpublished Sarban writings and a study of his work by the aforementioned Mark Valentine. As I looked at the plethora of cutesy Cthulhu crap that’s all over the Internet, it seemed sad to think that so few people will ever move beyond that into anything more interesting.