Just Say No To Mary Sue

I don’t read a lot of typical contemporary fantasy novels. Indeed, I tend to actively avoid the usual post-Tolkien stuff as much as I can. I think my distaste for this fare dates to my studied rejection of the “Thomas Covenant” series and the wretched “Sword of Shannara” all the way back in the ’70s. The pre-Tolkien stuff Lin Carter and others excavated? Si se puede! The more modern stuff? Please spare me. 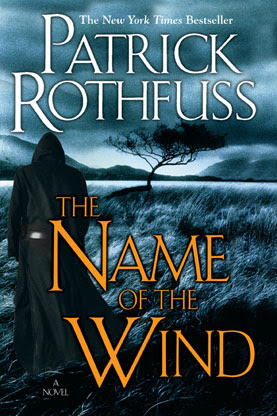 I ran into an ex-boss of mine in a local sci-fi bookshop and he raved about The Name of the Wind by Patrick Rothfuss. He practically thrust it into my hands and, his enthusiasm being what it was, I didn’t feel I could refuse. I read books in the bathtub each night in the following order: Straight fiction (non-genre) -> fantasy -> mystery -> horror/ science fiction… and then repeat the cycle. So, when I finished my non-genre novel (Her Infinite Variety by the always rewarding Louis Auchincloss) I slotted in the Rothfuss book – figuring that a) it was awhile since I tried a post 1960 fantasy novel (Jack Vance NOT included, since… well, come on!) and b) I could – at least – steal ideas for my D&D game from it.

Sadly, Rothfuss’s first novel was a big disappointment. The book, I started to feel early on, was one huge, 700+ page… “Mary Sue” story. This categorization was made famous in fan fic circles for stories that are over-the-top wish fulfillment pieces written by naive and oblivious authors. There’s more on them all over the Internet.

I would spend a lot of time providing the rationale for my dismissal of the novel along these lines, but someone else has already beaten me to the punch and done the work – see here and here. I found these reviews by plugging in “Mary Sue” and the title of the book into Google. There was, as it happens, no shortage of hits. I actually strongly suspect that Rothfuss is seeking to settle old scores in his novel by having his protagonist do things he wishes he could have done in thinly disguised situations.

Still, one could ask, was there stuff in the novel worth stealing for D&D? No. But the book did serve to draw my attention to perils in D&D I want to avoid. First, D&D can have its own “Mary Sue” problems. Unless the DMs stay on top of it, player characters can become their own little “Sues” quite quickly. What are all the feats and skills there for – in the latter editions – but to help “Sue” up the players? In OD&D the characters can’t be “Mary Sue” because they can be stuck with not-so-hot ability scores and are usually going to run into plenty of uneven matches. It’s hard to be a “Sue” when you are getting your ass kicked by vastly superior opponents on a regular basis. When players take over the game, they inevitably move towards incipient or outright “Sue-ism.” My campaign, rooted as closely to the OSR spirit as I can get it, discourages this tendency  mightily.

Second, while Rothfuss tries for that kind of “generic medieval flavor” he doesn’t have the ability or the sense of discipline to pull it off. Where is all the food coming from in the giant city his character stays in? We never know. If the wizards in the book have such an advanced grasp of science, medicine, and chemistry, then where’s their industrial applications? I do not understand how the wizards know as much science as they do – they are aware of advanced chemical compositions and germs – while their society remains so fundamentally backwards. This kind of inconsistency indicates that the author can’t make the connection between experiments and deep scientific knowledge, technology, and social changes. It’s lazy and stupid. This kind of thing is exactly what I want to avoid ever have cropping up in my D&D games.

Third, how many times can people rip off Joseph Campbell? And do little winks to the reader legitimize that stealing in any sense? No. No, they do not. This is just more laziness at work. Tweaking Campbell’s ideas a little is not creative enough – although we can see why the author of a “Mary Sue” might conclude that it was. Peggy told me that she had heard that the main character was “conflicted,” “flawed,” and “had a dark side.” This might seem true if you are, like, fifteen. To any adult, the lack of complexity in the characters is painful – and that pain is compounded by all the “Mary Sue” details that the other reviewer enumerates. The OSR, thank the gods, is more about Jack Vance than it is about George Lucas.

6 responses to “Just Say No To Mary Sue”